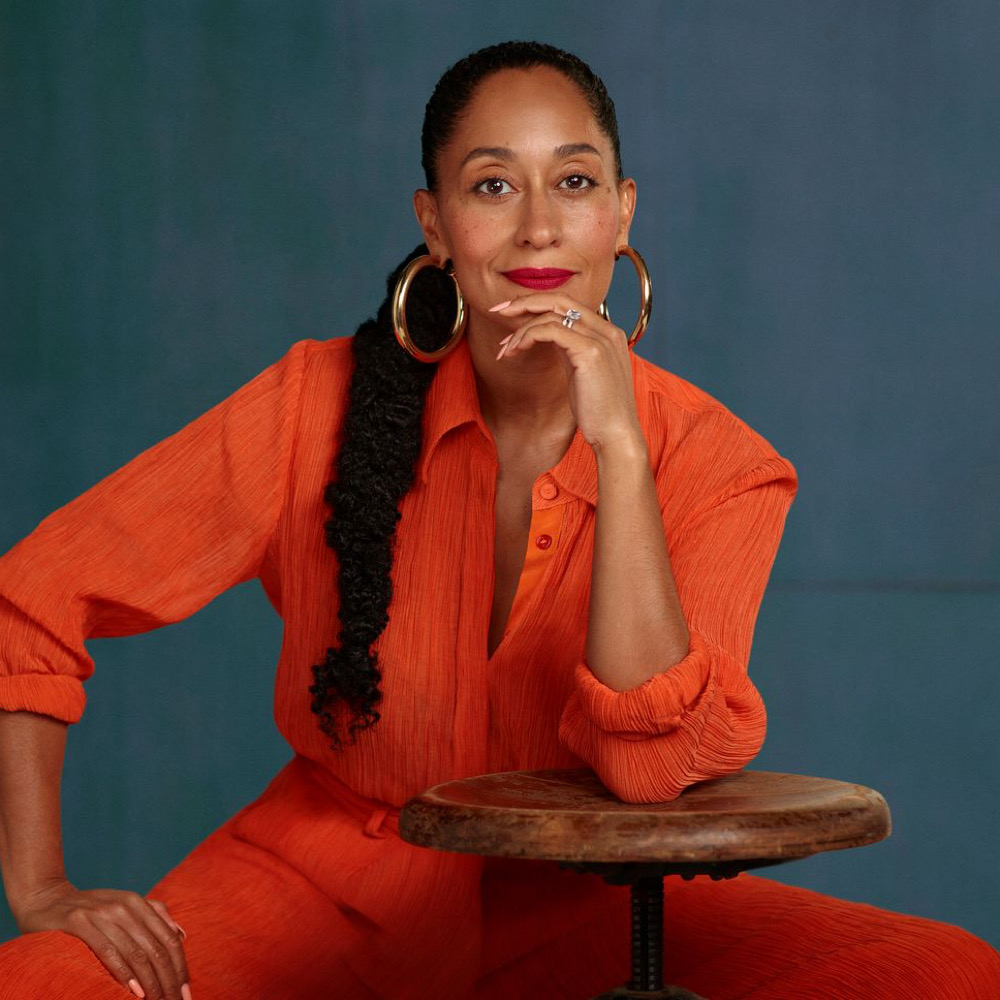 This winter, Tracee Ellis Ross, who is reported to have a net worth of $16 Million, has entered a new stage of life. For almost a decade, the actor, 49, has starred on the ABC sitcom Black-ish as Dr. Rainbow Johnson, the matriarch of the Black upper-class L.A. family the show features—and a role that won her a Golden Globe in 2017. (She’s nominated again this year). But production has wrapped. On January 4, the show begins its eighth and final season. “I am learning,” Ross says, “about post-Black-ish Tracee.”

Ross, the daughter of the legendary singer Diana Ross and music executive Robert Ellis Silberstein, was born in Los Angeles. After graduating from Brown University, she broke out playing Joan Clayton, the lead of the UPN/CW series Girlfriends. While subsequently starring on Black-ish (and its spinoff, Grown-ish), she founded Black hair-care brand, Pattern Beauty and her own production company, Joy Mill Entertainment, now in pre-production on Hair Tales, a docuseries on Black women told through the lens of hair. Tracee Ellis Ross net worth

Here, she talks to WSJ. about filming an episode of Black-ish’s final season with her friend Michelle Obama and her reaction to the controversial 2022 Golden Globes.

On what time she wakes up on Mondays and the first thing she does:

Monday mornings bring with them the flavor of a workweek, which means I naturally wake up between 6 and 8 a.m. I’m a person who likes eight hours, and my eight hours does not mean I have slept eight hours, but I like to be in bed for eight hours. There’s nothing I like better than starting a week with waking up prior to the alarm clock.

I scrape my tongue before I take in anything. Then I do my morning supplements. And I work out three or four times a week. It was more before Covid, but usually Monday, Wednesday, and Friday are for sure. I’ll do a 6, 7, 8 or 9 a.m. workout. Tracee Ellis Ross Black-ish

On her vitamin and supplement routine:

Usually vitamin C and B. I use the Lypo-Spheric kind. And I do an algae. And what is the other one? You know, I’m a perimenopausal lady! I’m 49! Fish oil! That’s what I’m trying to find. And I drink my Chinese herbs and then 15 minutes before my workout, I eat a little lunchbox-sized apple sauce. And I do not like apple sauce at all. But I was told that that kind of pure, good-for-you sugar 15 minutes before a workout will make your workout more productive. Whether it works or not, I have no idea. But I suffer through eating the apple sauce.

And then after my workout, I do protein powder, collagen and water and I shake it and that’s my morning intake.

I do a combination of a private trainer gym and Tracy Anderson. I don’t use weights but I pull things, I push things, I throw things. I do a lot of planks. In Covid, Tracy Anderson has not been as easy and I have some injuries, so it’s been not as consistent. Tracee Ellis Ross Black-ish

On what she’s learned about running a successful company with Pattern, her hair care brand:

One is to trust my instincts. Two is, there’s so much more involved than I ever had any idea of—and I knew there was a lot involved. The biggest lessons have been around the consistency of relationships and communication with retail partners and also my team…. Because it is an hourly thing, particularly right now during the supply-chain issues that are going on. And then the last thing is, you don’t need a degree in CEO-dom or entrepreneurship in order to run a successful company. You need to surround yourself with very informed and excellent people and remain teachable without losing focus on your vision.

On whether she meditates or journals:

I am a regular meditator and I define prayer—talking to something bigger than yourself—and meditation: listening. I have not had the luxury of a lot of “wander ponder be” time or space in my life in the last five years, but “wander ponder be” is something that I carve out if I’m ever writing a speech or I need to ideate or be creative. I will tell you, since Black-ish finished, I feel all of my creative juices flooding back through my body. All of a sudden, I’m like, Oh, my God, guys, I’m back; my brain, I have access to it. Tracee Ellis Ross net worth

On saying goodbye to Black-ish:

I walked into the final week with the prayer to have an open heart so I could really be present for all of the feelings that were moving through. To the point that, at any given moment, tears would start to shed. Anthony [Anderson] towards the end was like, “Seriously? Are you crying again?” Yeah, I’m crying, dude, I’m crying, get over it Mr. Crankypants who’s pretending you’re not having feelings but you are. Tracee Ellis Ross Black-ish

On her Golden Globe nomination this year:

The Golden Globes are mired in a lot of mess right now. It’s always lovely to be recognized in any shape or form for the work that you do, and the company is beautiful, but the Hollywood Foreign Press Association has a lot on it. So we will see. But way more exciting is our premiere episode with Michelle Obama. C’mon!

On taping the premier episode of the final season of Black-ish with Michelle Obama:

It was wonderful. She and I are friends. It was a phone call I made. We got to do really important subject matter that’s mixed in with fun, so it’s receivable. We had a ball. It felt really fun to show off what a well-oiled machine our show is. It felt really fun to welcome someone so special who’s been so important in our world, in our culture, in the kinds of stories we told on Black-ish. We started when they were moving into the White House.

On her best style advice:

The tip that I tell people is, wear your clothes. Don’t let them wear you.

On New Year’s resolutions and what she’s most looking forward to in 2022:

I don’t do resolutions or goals, but I usually set an intention for the year. I haven’t done that yet. But what I will say is my wish for everyone is that we stay safe and make it out of this hamster wheel of Covid. Time has become this weird warp. It feels like Groundhog Day over and over again. My body is tired of it, and I think I’m not the only one. I wish for all of us that we can find our way through this where we remember each other and our interconnectedness and our sense of community. Because that’s part of what’s happening that I find frustrating. We’ve all forgotten that we’re in this together and we’re as vulnerable as our neighbor.

There are two things that have been the biggest guides through my life. The first one is: Follow your heart and trust your instincts. The second is: What other people think is none of your business and even sometimes what you think of yourself is none of your business. Sometimes it’s about staying in action as opposed to trying to decide how to make people think a certain way about you. Tracee Ellis Ross net worth