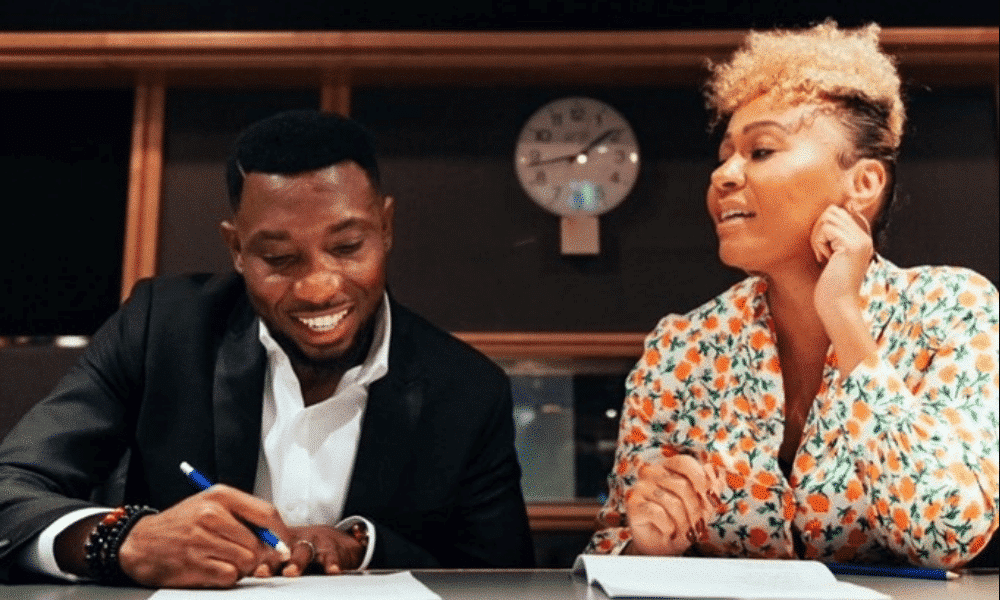 If there is anyone who is always on top of his musical game, that would be Timi Dakolo and this time, he is preparing us for Christmas with his latest single titled Merry Christmas, Darling featuring British singer and songwriter Emeli Sandé.

Merry Christmas, Darling is a song that is considered to be a pop ballad. It is one that sends Christmas wishes to loved ones who are far away, with the lyrics stirring up nostalgia from past Christmas memories. How are you spending your Christmas holiday? This is one song that will make you consider spending the Yuletide season with family.

There’s nothing we Nigerians love more than when our homegrown artistes collaborate with international artistes to create a banger track. Mr Eazi recruited talented US rapper, Tyga to create an addictive new single over a smooth Killatunes beat. Tyga comes in to deliver the second verse, but Mr Eazi’s catchy hook is definitely the highlight of the song. The sing comes with a new music video that follows both Eazi and Tyga delivering sick bars in their verses.

Tiwa Savage has returned with a hot new single titled Attention. The smooth, downbeat song is about a man who isn’t taking enough notice of his woman. Tiwa Savage claims to have written this one from her experience and she’s certain most ladies would be able to relate to the song and even know it word for word.

Highly talented Nigerian singer, Sean Tizzle resurfaces with a brand new effort titled Contagious. The BeatsBySk-produced record Contagious serves as a follow-up to the visual to his previous track Lotto. Moreover, Sean Tizzle has hinted on his upcoming album expected sometime next year.

Ain’t Nobody Badder Than (ANBD) frontier, Ycee rolls out a brand new release dubbed ‘Chocolata’ featuring Nigerian Afro-House sensation, Niniola. Chocolata is the 4th single off of Ycee’s ‘Ycee vs Zaheer’ album. The project shows two different sides of the artist according to him: the Ycee side and the Zaheer side. Production credit goes to his regular partner in crime, BeatsbyKarma