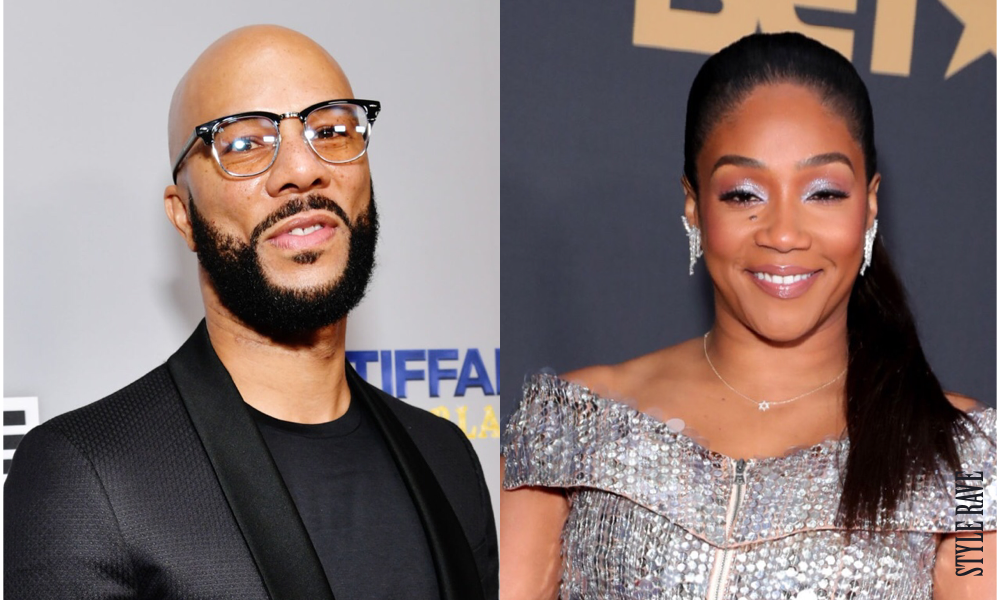 The Girls Trip star revealed this on Tuesday’s episode of Steve-O’s podcast, Steve-O’s Wild Ride. Tiffany said that she had met 48-year-old Common on the set of their 2019 movie, The Kitchen.

“He was, I guess, kind of like my love interest,” she explained. “I made out with him in the movie and we became friends but it wasn’t anything sexual or anything like that because my eyes were set on something else.” Tiffany Haddish husband boyfriend Common.

We’re not sure what this ‘something’ else was but we do know the eyes of the 40-year-old actress became set on Common in April of this year amidst the pandemic with rapper spending quarantine with the actress.

Rumors began to fly about their relationship after the pair were spotted in an Instagram live chat with fellow comedian, Cedric the Entertainer.

In the chat, Tiffany jokingly responded to Cedric’s quip about the pair after saying Common was keeping her company––she said, “I got a full belly and a half cup of vodka. Because of quarantine, I can’t get my Depo[-Provera] (birth control) shot, so let’s see what happens!” Tiffany Haddish husband boyfriend Common.

The couple further fueled the relationship fire when they collaborated on Instagram with Bumble on their virtual dating campaign in April. This had fans swooning at their chemistry together.

“I got on Bumble, like, May of last year,” Tiffany added. “Then Bumble approached me about doing something and I had been talking to Common, he’d come and play Spades with me and my friends and stuff. I mentioned it to him . . . and at this point, our friendship was getting a little more than friendship, but not quite because COVID happened.”

The pair were now ready to take their relationship to the next level. “This is hands down the best relationship I’ve ever been in. Knock on wood!” Tiffany said with loving enthusiasm.

“I’ve lost 20 pounds since I’ve been in this relationship. I feel more confident in me and it’s not him that’s doing it. I’m just way happier and it’s like knowing I got somebody that cares about me, that really has my back. It seems like he does anyways. And I love it. I love him.”

Watch the rest of the interview here…

A Tinder Love Affair: Tips To Staying Safe When Meeting Your Matches