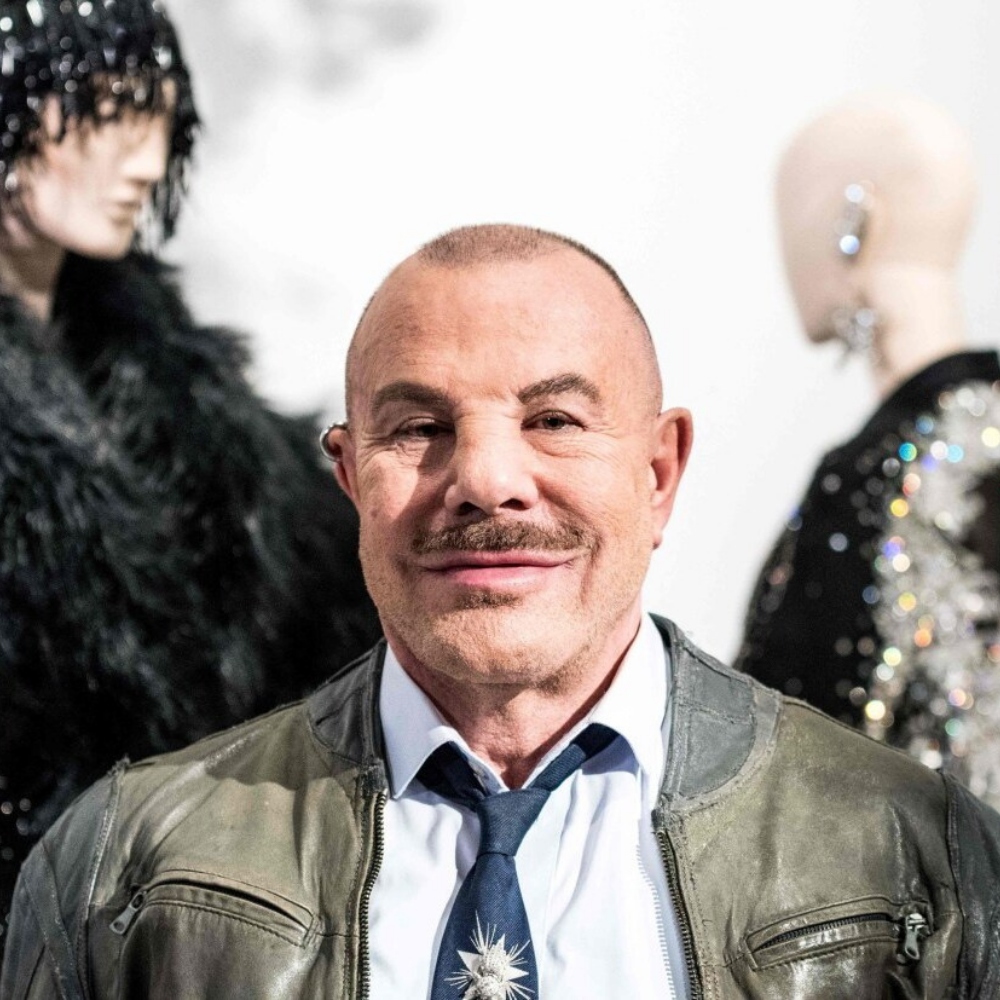 anfred Thierry Mugler, a French fashion designer whose work was worn by some of the most prominent figures in entertainment including Rihanna, Beyoncé and Lady Gaga, is dead. He passed away on Sunday, January 23 at the age of 73.

Mugler’s death was confirmed through a post on his official Instagram account. “We are devastated to announce the passing of Mr. Manfred Thierry Mugler,” reads the post. The same message is also written in French. “May his soul Rest In Peace.” The designer’s brand, Mugler, also confirmed the news via an Instagram post, describing its founder as “a visionary whose imagination as a couturier, perfumer and image-maker empowered people around the world to be bolder and dream bigger every day.”

Mugler was born in Strasbourg, France, on December 21, 1948. After training in interior design at the Strasbourg School of Decorative Arts, he entered the world of fashion in 1971 by designing clothes for Karim. In 1973, at the age of 26, Mugler created “Café de Paris,” his first personal collection. After being launched onto a global scale, he opened his Paris boutique and began to attract international recognition for his emphasis on broad-shouldered designs evoking the styles of the mid-20th century. Thierry Mugler dead

He became known for his architectural style, defined by broad shoulders and a tiny waist. The use of plastic-like futuristic fabric in his sculpted clothing became a trademark. Mugler defined haute couture over several decades.

The fashion design icon officially quit ready-to-wear fashion at the end of the 20th century, though he continued to work as a designer and artisan. Alongside a line of fragrances and cosmetics, Mugler collaborated with Beyoncé, Cirque du Soleil, and Serhat. He also designed for Kim Kardashian West, Lady Gaga, Cardi B, David Bowie, George Michael, Miley Cyrus, Sharon Stone, Nicole Kidman, Bella Hadid, Diana Ross and many more.