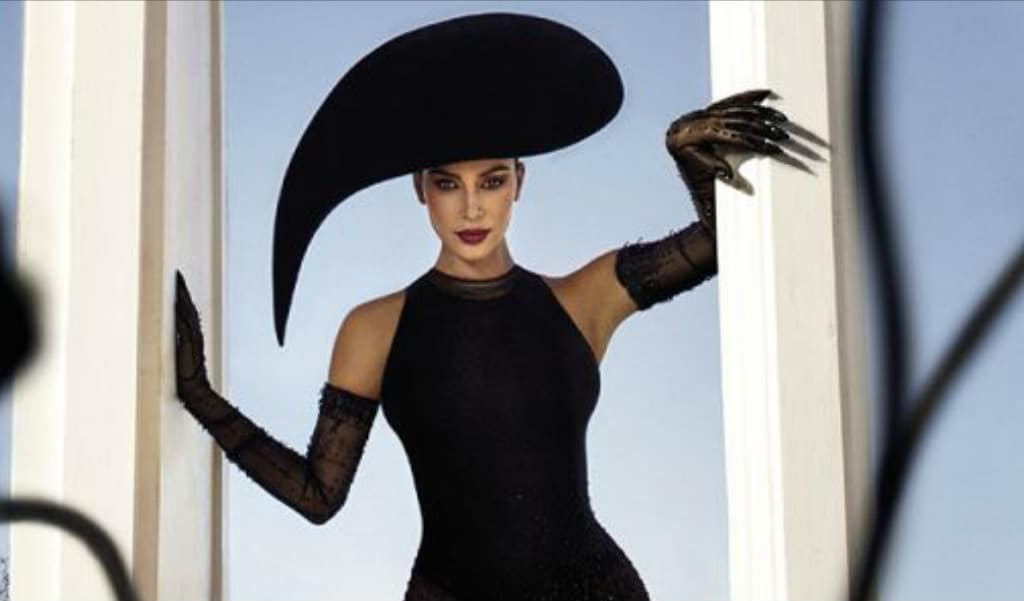 For the September issue of Vogue Arabia, serial entrepreneur and reality TV queen, Kim Kardashian West grace the magazine’s cover for the first time as she is dressed in Thierry Mugler and interviewed by none other than her husband, rapper and designer Kanye West.

The cover story was shot in the Los Angeles desert by photographer Txema Yeste with the project overseen by Vogue Arabia Fashion Director Katie Trotter.

“the shoot and interview reveal a side to Kim Kardashian that many have never seen before. Her interview with Kanye West is both real and raw, as she talks personally about her career and family life. It was inspiring to assemble this unique level of talent. For a magazine that is still barely two years old, we were both thrilled and honoured to also have Thierry Mugler and Kanye West taking part in this issue. The star power reinforces the work of Vogue Arabia in delivering striking, groundbreaking content to our audience, both regional and global.”

The superstar, who is currently studying law and who has successfully worked with the US government on key criminal justice issues, reveals in the interview:

“There is a misconception that I don’t actually have to study and that I’ve bought my way into getting a law degree – that’s absolutely not true… Being underestimated and over-delivering is my vibe.”

2. Kim speaks on fame and money

Kim who does not regret putting herself out there for the world to see says she loves having a voice and appreciates the platform that she has been given, even though she wishes she could have more privacy at times. When asked her opinion on money and fame, she says:

“Money was always the goal but I was obsessed with fame, like, embarrassingly obsessed… I do agree that fame can be addictive.”

The beauty of having so many sisters is that you sometimes don’t get to choose a fave. That’s the case for Kim! According to her,

“it changes, just like friends or relationships go in and out. I think this year has been a really strong Kim and Khloé year. I’m obviously so close with Kendall and Kylie too but I’ve spent so much more time on this earth with Kourtney and Khloé – 16 and 17 years longer with them. We have more history, have been through so much together, and we have more friends in common. Kourtney and I will always be really close, but this year, Khloé and I really bonded.”