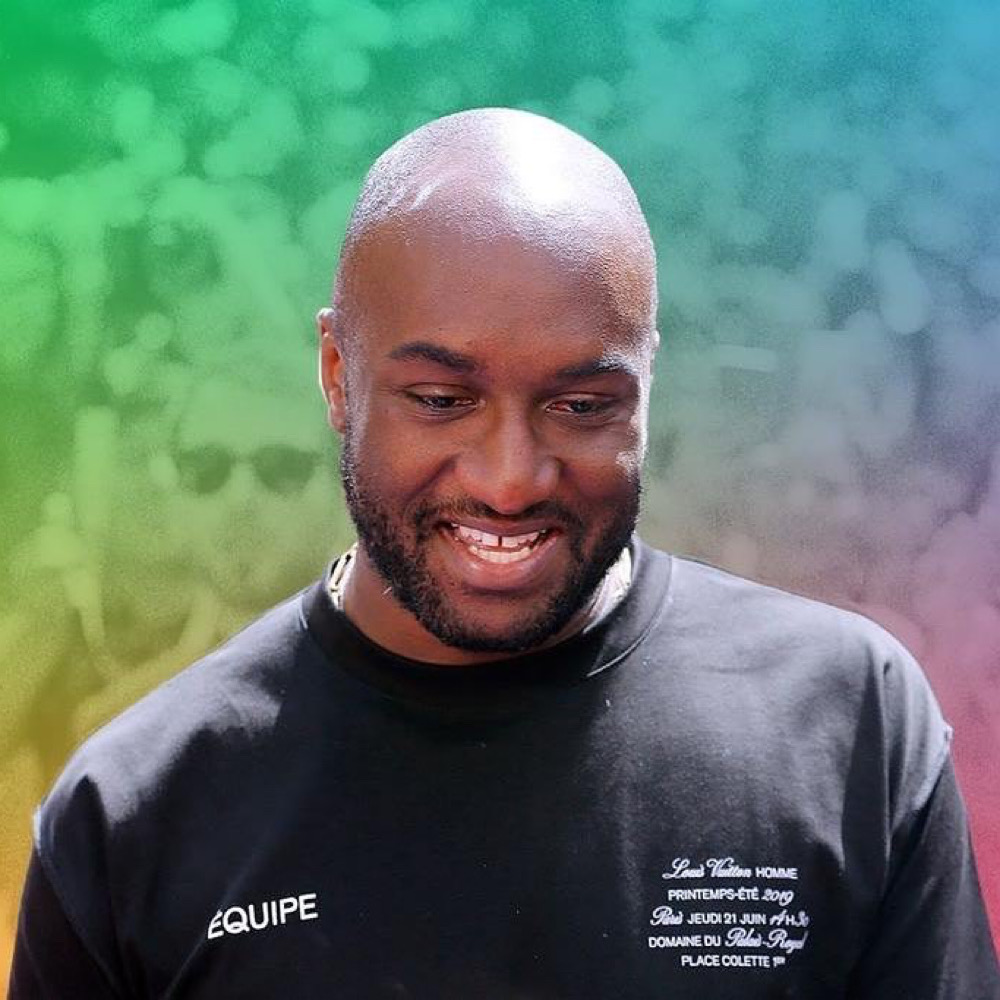 Fashion designer Virgil Abloh, who was the founder of luxury streetwear brand Off-White and artistic director of Louis Vuitton’s menswear collection, has died aged 41. The father-of-two died yesterday, November 28, from “a rare, aggressive form of cancer” that he had been battling for over two years. The news was announced with a statement on his Instagram account.

“For over two years, Virgil valiantly battled a rare, aggressive form of cancer, cardiac angiosarcoma,” it reads. “He chose to endure his battle privately since his diagnosis in 2019, undergoing numerous challenging treatments, all while helming several significant institutions that span fashion, art, and culture.”

Virgil Abloh was born in 1980 in Rockford, Illinois, USA, to a family of immigrants from Ghana. He attended a private Catholic high school and displayed artistic tendencies from childhood. Abloh spent his young years in Rockford and in 2002, achieved a B.Sc. Degree in Civil Engineering from the University of Wisconsin–Madison. In 2006, he graduated from the Illinois Institute of Technology and received his Master of Architecture. Virgil Abloh History

Abloh met his wife, Shannon Sundberg, in high school and the duo got married in 2009. He lived in Chicago with his wife and two children. Abloh is of the Ewe ethnicity of the Volta region in Ghana.

His foray into fashion

After graduating from university, Abloh interned at Fendi in the same class as rapper Kanye West in 2009. Placed in the company’s Rome, Italy office, the two began a collaborative relationship. During his collaborative work with the rapper and designer, he caught the eye of the Louis Vuitton CEO, Michael Burke, through his work at Fendi.

Later that year, Abloh and West’s companion, Don C, launched a retail store, called the RSVP Gallery, located in Chicago. Their founded retail space became known for carrying a mixture of fashion apparel, and for its reflection of Virgil’s style on his design for the store interior.

A year later, West appointed Abloh the creative director of his creative agency, DONDA. In 2011, West asked him to serve as the artistic director for the 2011 Jay-Z/West album “Watch the Throne.”

A year later, Abloh started his first business, Pyrex Vision. He bought deadstock clothing from Ralph Lauren, printed additional designs on it, and sold it at more than ten times the price. The company closed a year later, as it wasn’t intended to become a real business but was rather one of Abloh’s artistic projects/experiments.

His meteoric rise in the fashion industry

In 2013, Abloh started his own fashion house, Off-White, specializing in high-end streetwear, with main offices in Milan, Italy. This was followed by a number of successful collaborations with well-established companies such as Nike and IKEA. At Off-White, he combined ideas of streetwear, luxury, art, music, and travel, defining the brand simply as, “the gray area between black and white as the color Off-White.”

He launched the company’s women’s wear line in 2014 and showed the collections at the Paris Fashion Week. His line was selected as a finalist for the LVMH Prize, an industry award, but lost to Marques’Almeida and Jacquemus. Abloh launched his first concept store for Off-White in Tokyo, Japan, where he started the company’s furniture arm, Grey Area.

Virgil also partnered up with the Swedish furniture company IKEA to design furniture for apartments and houses, as well as easy-to carry tote bags with imprinted sculptures in the middle. The collection is named Markerad, which is a Swedish word meaning “clear-cut.” In March 2018, Abloh was appointed the menswear artistic director at Louis Vuitton.

His foray into DJing

Prior to fashion, one of Abloh’s first creative pursuits was DJing. Since then, he’s played at festivals, fashion parties and rap gigs, as well as playing opening sets for Travis Scott during the New York leg of his Birds Eye tour.

In an interview, Abloh once said “DJing is my only peace of mind. When the phone is off, I play my favourite songs really loud for myself and I’m not talking to anyone, I’m not managing anything; it’s just like a time when I can listen to music…I’ll be DJing after I’m done designing or doing anything else.”

You can check out Virgil’s mixes on his Soundcloud account @FLAT WHITE.

In 2016, Abloh was inducted into the BoF500, Business of Fashion’s definitive index of “the people shaping the $2.4 trillion fashion industry.” Being recognized by the BoF put Abloh alongside the likes of Alessandro Michele (creative director at Gucci) and Christopher Bailey (former creative director at Burbery).

Abloh’s work in the Art industry

Virgil Abloh also worked with Japanese artist Takashi Murakami, whom he met in 2010 while designing the cover for West’s Graduation album.