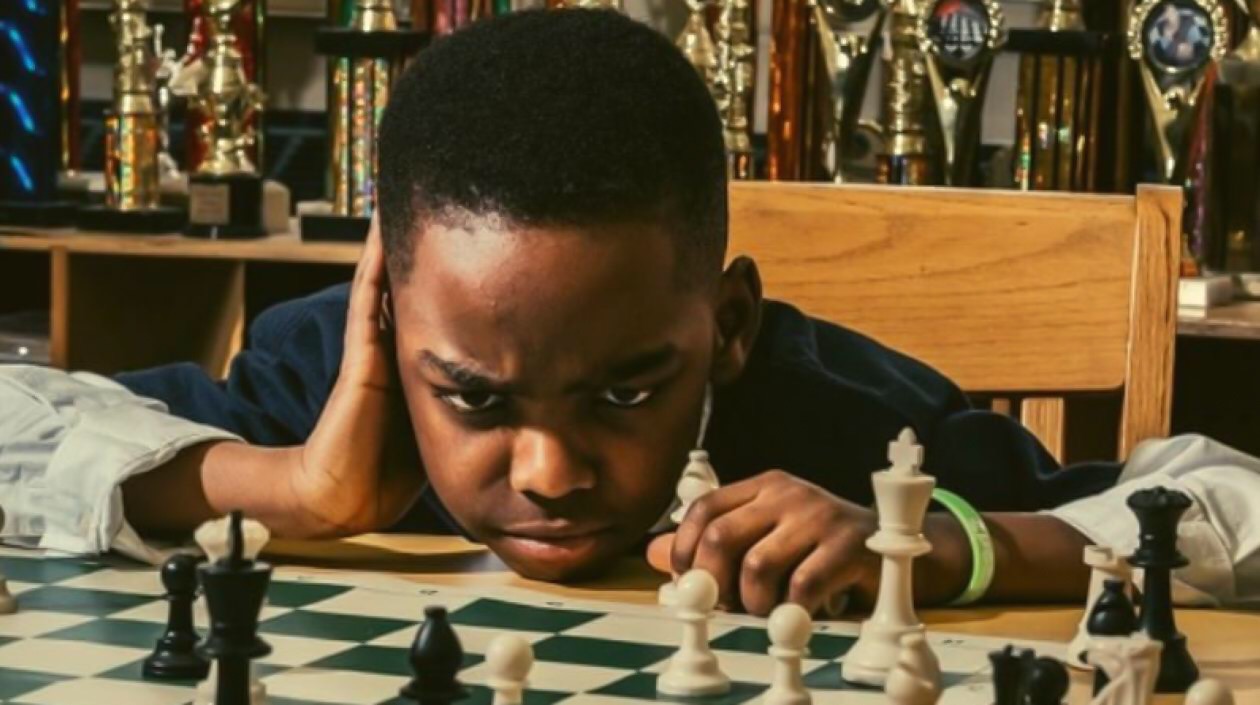 The young chess sensation lives in a homeless shelter in Manhattan with his father, mother and older brother. He attends a local elementary school P.S. 116, where he discovered his love for chess.

He and his family left Northern Nigeria in 2017 for New York for fear of terrorist attacks by Boko Haram who are known for killing Christians like the Adewumis in the North-Eastern part of the country. It was in a bid for a better and more secure life that they left Nigeria and settled in the United States.

With a bit of good fortune, they met a pastor who helped steer them to a homeless shelter in which they have lived ever since they arrived in New York. They are presently waiting on their asylum request to be granted with the next hearing scheduled for August 2019. Tani’s father works two jobs; as an Uber driver and a licenced real estate salesman.

Tani as he likes to be called, started his chess journey just over a year ago in his elementary school where he met part-time chess teacher, Shawn Martinez, who taught his class how to play. He so much enjoyed playing chess that he asked his mum, Oluwatoyin Adewumi, if he could join the chess club.

His family however could not afford to pay the fees so his mother had to email the chess club signifying her son’s interest but highlighting their inability to pay for the fees. The head of the P.S 116 chess program, Russell Makofsky, decided to waive the fees.

Since joining the club, every Saturday he attends a free three-hour practice session in Harlem. He also uses his dad’s laptop to practice at night. In his first tournament just over a year ago, he had the lowest rating of any participant at 105 but that has since changed as he currently has a rating of 1587 with seven other trophies to his name.

The chess prodigy hadn’t always found his new life quite so smooth sailing. His parents say that he once came home from school crying after some classmates teased him for being homeless. He was also reported to have burst into tears at an immigration hearing when he misunderstood the judge to have said his family would be deported. He has however insisted that he “feels American” and tries to put the whole conundrum out of his mind.

His school chess teacher, Shawn Martinez describes him as driven in what he does. “He does 10 times more chess puzzles than the average kid. He just wants to be better,” he says. His family have admitted that his brilliance in the sport would never have had an outlet if he had been back in Nigeria.

The young Nigerian is presently the Chess champion of New York after winning the New York State Chess Competition but he’s not done yet. He aspires to be the youngest grandmaster, a record held by Russian chess prodigy, Sergey Karjakin, who qualified for the title at 12 years and 7 months. Given his recent achievements and dogged belief, he is well on course to fulfil his aspirations. He is now preparing for the Elementary National Championship which will hold in May.

The asylum seeker has garnered worldwide plaudits on his achievements with several notable figures sending salutations. Among such include Minnesota Congresswoman Ilhan Omar who was once a refugee herself, and former President of the United States Bill Clinton, who also invited him and his family for a visit.

A GoFundMe account has since been created to raise funds for the homeless family. Please click here to support them.

8 Unique Ankara Designs That Will Refresh Your Wardrobe

From NYC To Morocco, Catch Up On Meghan Markle’s Haute Maternity Style