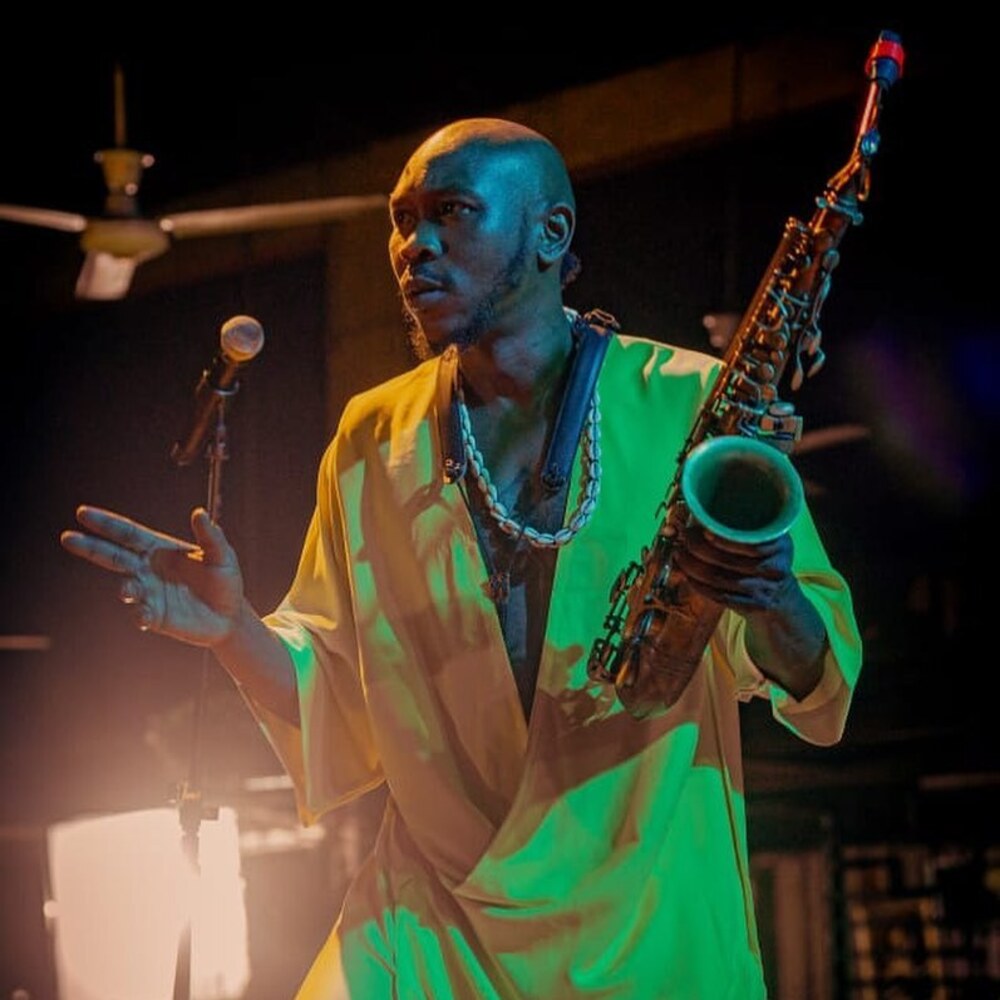 Seun Kuti to make acting debut, Noname opens library for Black people, Russell Wilson undergoes surgery. Stay in the know with our Rave News Digest which summarizes five of the hottest global news you need to catch up on, saving you time and energy. Consider it your daily news fix.

She wrote: “Today as I wrap this shoot, I thought it’s a great day to post the proof of concept trailer we shot before the main shoot. I will tell the story of what this trailer did to my mind and confidence for this project.” Principal photography kicked off for “No Mans Land” in September with ace cinematographer Muhammed Atta credited as DOP.

We are so excited to finally open our Radical Hood Library! This is a black led organization that was created to service black/brown folks and the RSVP prioritization will reflect that 🤍

There will be music, free food, and more! Please bring a new or used book. See you there!!! pic.twitter.com/UYviQfSAww

Chicago rapper Noname officially opened the Radical Hood Library in Los Angeles on October 2, with the intention of giving people of color a free repository of cultural and political literature. “This is a black-led organization that was created to service Black/Brown folks and the RSVP prioritization will reflect that,” according to a Twitter invitation announcing the grand opening. Born Fatimah Nyeema Warner, Noname, who grew up in Chicago’s Bronzeville community, but moved to Los Angeles earlier in her career, tweeted that she was inspired by her mother, who sold books centered on Black people.

An Instagram post explained how the library would benefit prisoners. “We use our profits to send about 1,000 books a month to our incarcerated members who have begun to organize Noname book chapters in various prisons,” the note states. “We also provide free books/classes to our local community.”

3. South Africa: Cassper Nyovest claims ‘he made it OK’ for rappers to do amapiano

I made it okay for rappers to jump on Amapiano. I was the first one, i had the first hit with amapiano as a rapper. They dissed me at first but now that everyone is doing it, nobody wants to talk about that. I'll never let them forget how they was mocking me! I'm the pulse Boyz!!

Cassper Nyovest has made it clear that he sees himself as a trailblazer and in his latest flex he reminded South Africans that he made it cool for rappers to jump onto the amapiano genre. The rapper believes that if SA fans are at the point where they accept that rappers can dabble in other genres like amapiano, then he ought to get his due credit.

Cass took to Twitter to ask tweeps to put some respect on his name. “I made it OK for rappers to jump on Amapiano. I was the first one, I had the first hit with amapiano as a rapper. They dissed me at first but now that everyone is doing it, nobody wants to talk about that. I’ll never let them forget how they was mocking me! I’m the pulse Boyz!!”

4. Google to invest $1 billion in Africa over five years

Google plans to invest $1 billion in Africa over the next five years to ensure access to fast and cheaper internet and will back startups to support the continent’s digital transformation, it said on Wednesday, October 6. The unit of U.S. tech company Alphabet Inc (GOOGL.O) made the announcement at a virtual event where it launched an Africa Investment Fund, through which it will invest $50 million in startups, providing them with access to its employees, network and technologies.

Nitin Gajria, managing director for Google in Africa told Reuters in a virtual interview that the company would among others, target startups focusing on fintech, e-commerce and local language content. In collaboration with not-for-profit organization Kiva, Google will also provide $10 million in low interest loans to help small businesses and entrepreneurs in Ghana, Kenya, Nigeria and South Africa so they can get through the economic hardship created by COVID-19.

Seahawks quarterback Russell Wilson underwent surgery on his injured middle finger on Friday, an injury that occurred in Thursday night’s game against the Rams. The surgery repaired two injuries in Wilson’s finger, and while no specific timeline was given for his return, Wilson is expected back this season. The surgery was performed by Dr. Steven Shin, a Los Angeles-based orthopedic surgeon who specializes in hand surgery, and who has previously operated on athletes such as Drew Brees, Mike Trout and Stephen Curry.

The surgery means Wilson will miss a game for the first time in his 10-year career. Since becoming the Seahawks’ starter heading into his rookie season, Wilson has started all 149 regular-season games and all 16 playoff games Seattle has played dating back to 2012, and before Thursday night he had never left a game due to injury and been unable to return. Seahawks coach Pete Carroll said earlier in the day that he fully expects Wilson to make it back from this injury as fast as anyone possibly could.