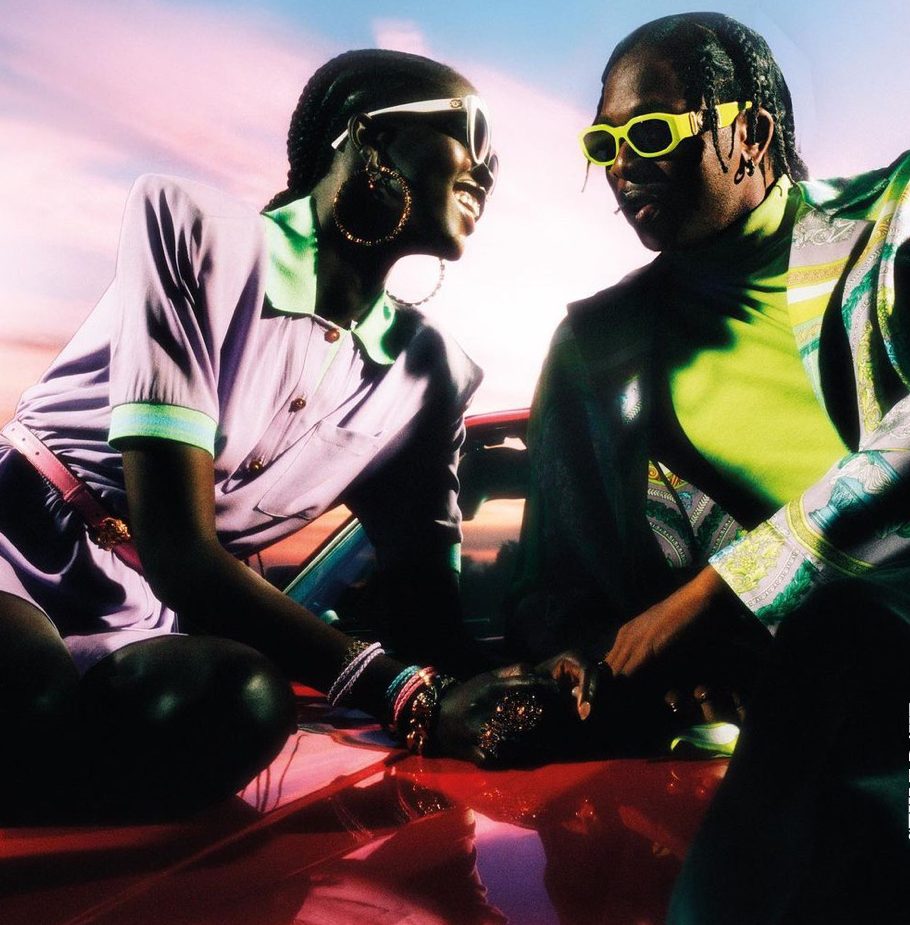 Nigerian artiste Runtown has just released the video for his second single of 2020, Kini Issue. If you still doubted whether Runtown and Sudanese supermodel Adut Akech’s relationship was legitimate, the African ‘soundgod’s’ latest move is hard evidence that the musician-model duo are in a loving relationship.

A few months back, after a cozy video of the duo in London surfaced, the couple sparked off relationship rumors. The two are reported to have met during London Fashion Week, where the Mad Over You crooner walked the runway for brands such as Dior and Versace. The video for Kini Issue, which features Adut, comes a few weeks after Runtown released the follow-up to his first single, Body Riddim, which features rising artiste Bella Shmurda, and Ghanaian artiste, Darkovibes.

Known for his unique modern African sound that embodies western influences, the 31-year-old sings about how his lady has been messing with his mind and making him lose focus, and all he does now is sing love songs all around. He asks for the exact problem (issue) as he doesn’t give space for bad energy in life.

The Meji Alabi-directed video had Adut as the main focus in the midst of a dancer and a cameo appearance by legendary singer and saxophone player, Lagbaja — both masked in aso oke fabric — as she shined through on this African-themed production. One can only speculate that this is Runtown’s way of confirming his relationship with his first ‘official’ girlfriend, Adut Akech.