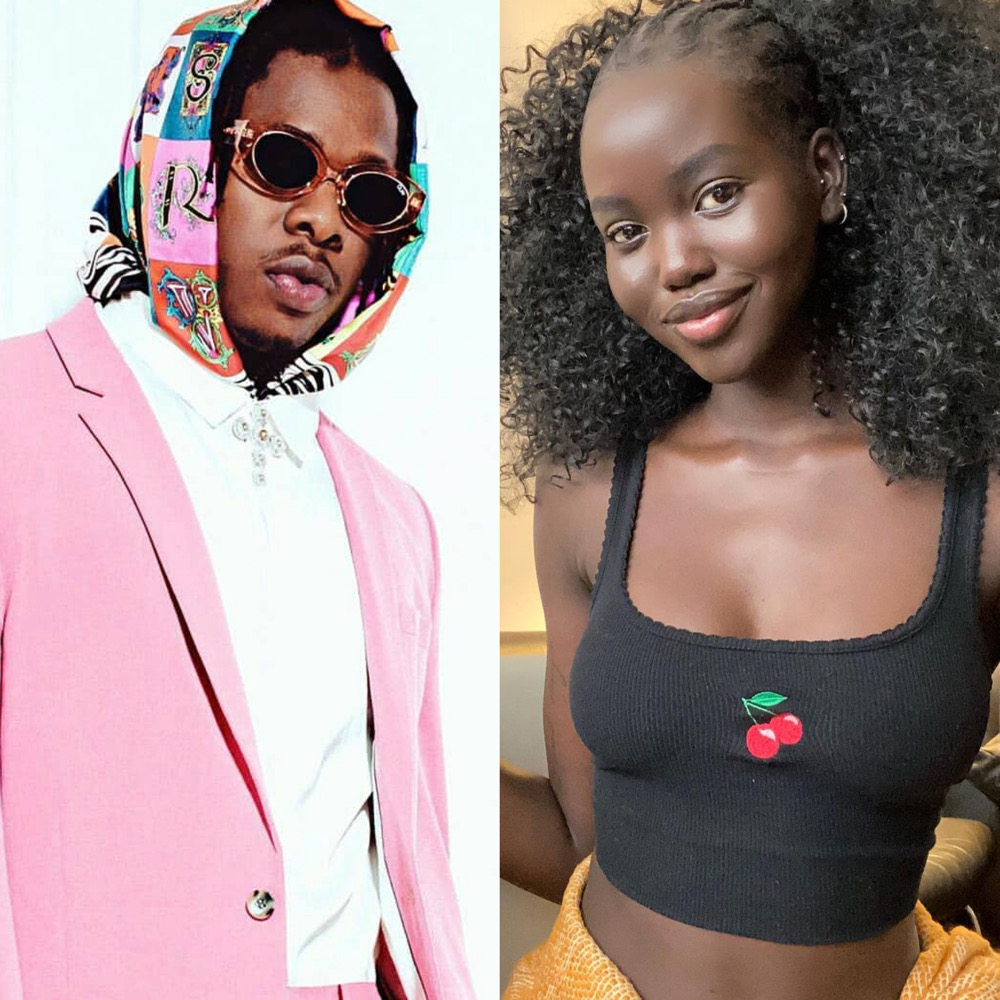 Just recently, Sudanese-Australian supermodel, Adut Akech, was in the news after seemingly shooting her shot on Instagram at Nigerian Afro-pop artiste, Runtown.

Earlier this month, a few weeks after we first saw their playful exchange, Adut shared a video of herself and Runtown taking a stroll together on her Instagram stories. For fans on social media, it was a rather swift move.

Even quicker is the new video Akech shared on her Instagram stories Wednesday, showing the supermodel screaming happily with her friends and wearing a huge diamond ring.

Not long after, Runtown himself also shared a picture of them both on his Instagram stories with Akech wearing the same ring. Sources in the singer’s management confirmed that the singer is not engaged and that the ring is only a promise ring.

The 20-year-old supermodel has broken many barriers in her career. In 2019, she won the BFA Fashion model of the year award, the Industry vote model of the year, and appeared on Time Magazine’s Top 100 Next list.

Akech’s family (including her mother and five siblings) moved to Australia from a concentration camp in Kenya where her family fled to from South Sudan during one of the country’s political crisis.

In Australia, she adopted her mother’s name, Mary because teachers in high school found it hard to pronounce her surname, Akech. She only changed her name back when she started modeling.

For the supermodel, her history matters a lot to her in her career, “Before I’m anything else, I am a refugee, and I’m so proud of that,” she told Vogue Australia.

Akech was discovered at the very young age of 13 after being scouted by a local modeling agency. She was first introduced to the world of fashion when she modeled for her aunt’s clothing label. Her modeling career officially kicked off at age 16 when she signed with Chadwick Models in Sydney, Australia. She was soon signed to Saint Laurent in an exclusive contract that had her making a major Fashion Week debut at the brand’s SS17 show in Paris.

In 2017, she met legendary supermodel Naomi Campbell and the two bonded so well to the extent that Adut now calls her a second mom. Speaking on Naomi in Grazia Daily, Adut said, “She would give me so much advice. Since then, our relationship has just grown and grown. She was the first family I had in New York.”

The two supermodels will be starring in Beyoncé’s new Visual Album slated to be released at the end of this month on Disney.