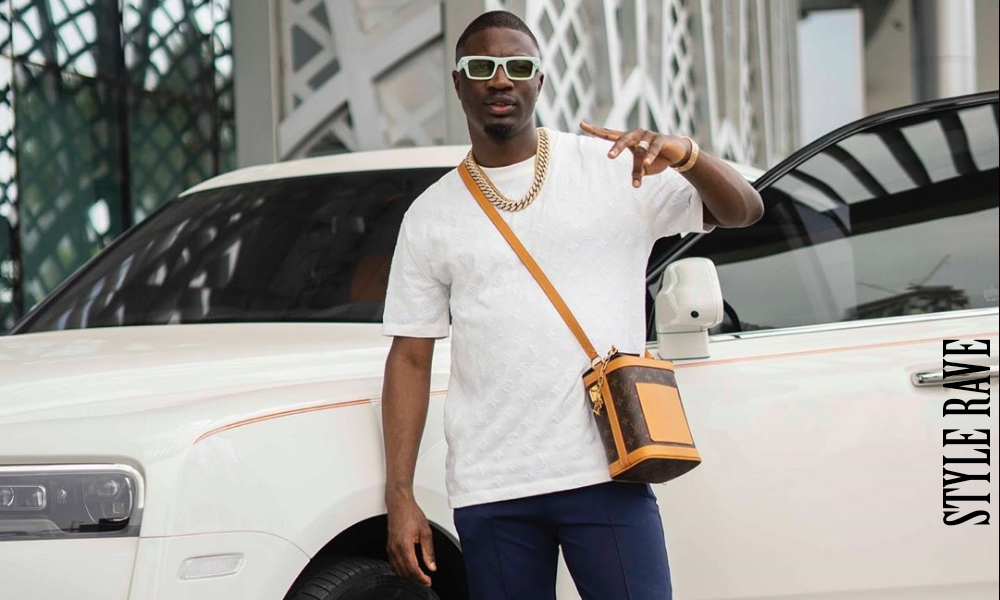 US court has dismissed the case against Hushpuppi’s accomplice, Woodberry, China orders the US to close down consulate, Premier League and EFL new season date revealed. Stay in the know with our Rave News Digest which summarizes five of the hottest global news you need to catch up on, saving you time and energy. Consider it your daily news fix. Mr Woodbery Instagram.

A United States court has dismissed the case against Olalekan ‘Woodberry’ Ponle, a Nigerian accused of multi-million dollar wire fraud alongside Hushpuppi. Both of them were extradited to the U.S. on July 2.

According to the complaint against Woodberry, an unnamed Chicago company was tricked into sending wire transfers totaling $15.2 million. Companies based in Iowa, Kansas, Michigan, New York, and California also were victims of the fraud, prosecutors say. Mr Woodbery Instagram.

However, when a case is dismissed without prejudice, like in the case of Woodberry, the dismissal is temporary as the prosecutor can refile the case within a certain period of time.

The probable causes of dismissal range from unavailability of sufficient evidence, an improper criminal complaint or charging document, to loss of evidence necessary to prove the defendant committed the crime.

Many believe that Mr Woodbery and Hushpuppi may have attracted attention to themselves based on the flamboyant lifestyle they flaunt on Instagram.

The Awutu Senya East Constituency MP, Mavis Hawa Koomson has been arrested by police in the Central Region. This follows a misunderstanding at a voters’ registration center in Kasoa on Monday, which resulted in the Special Development Initiatives Minister firing a gun.

The Special Development Initiatives Minister told the media that she only fired the gunshots when her life was threatened by some thugs alleged to be affiliated to the opposition NDC. Despite this justification, the act has received massive condemnation from the public, with many calling for her resignation and subsequent prosecution.

The Democratic Alliance (DA) and its leader John Steenhuisen, who strongly oppose the government’s decision to close the nation’s public schools for four weeks, said it will approach the courts. Steenhuisen said the party will head to court on the basis that the decision is politically, rather than scientifically motivated, and not in the best interests of South Africa’s 14 million schoolchildren. Mr Woodbery Instagram.

Steenhuisen said the decision to close the nation’s schools for four weeks is irrational based on the available evidence which is that schools do not expose learners and staff to higher levels of risk than other places.

4. China orders the U.S. to close consulate in Chengdu amid rising diplomatic tensions

China on Friday ordered the United States to shut its consulate in the city of Chengdu, the latest in a round of tit-for-tat measures as relations between the two powers deteriorate dramatically.

The move, which was in direct retaliation for the U.S. closing of the country’s diplomatic post in Houston, came within hours of Secretary of State Mike Pompeo declaring that America’s decades-long policy of engagement with China had failed.

Chengdu, in Sichuan province, is one of the biggest cities in western China. The U.S. consulate — opened in 1983 — covers the provinces of Sichuan, Yunnan, and Guizhou, as well as the Tibet Autonomous Region.

The 2020-21 Premier League and English Football League seasons will start on September 12. The top-flight campaign will end on May 23, while the Championship, League One, and League Two seasons will culminate on 8 and 9 May.

The play-off finals will take place on the final weekend in May. The current Premier League season will end on Sunday after it was suspended for three months because of the coronavirus pandemic.

The regular Championship season concluded on Wednesday, with the play-offs finishing on 4 August. Most League One and League Two teams have not played since March. Mr Woodbery Instagram.