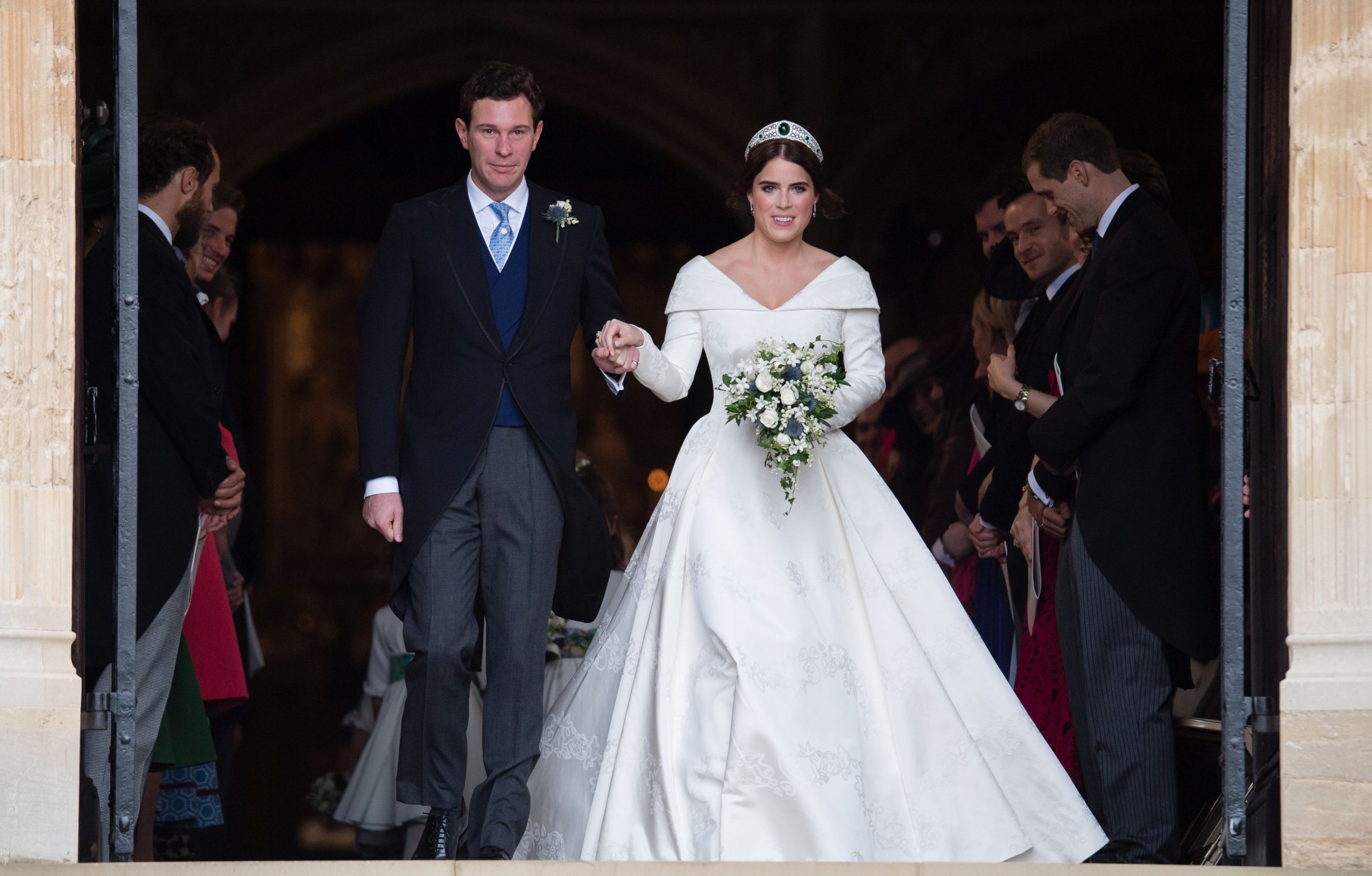 Trust the second royal wedding of the year to be as stylish as the first one! Okay, almost! When Prince Harry and Meghan Markle tied the knot earlier this year, we didn’t anticipate another royal wedding so soon. However, a little less than five months after her cousin tied the knot with Hollywood royalty, Princess Eugenie of York and Jack Brooksbank gathered their friends and families at the St George’s Chapel, Windsor Castle, to celebrate their love in holy matrimony, today, October 12, 2018.

The Princess opted to go with London-based designer duo Christopher de Vos and Peter Pilotto for her wedding dress, which is rumoured to have cost over $295,360, that is, over 95 Million Naira! 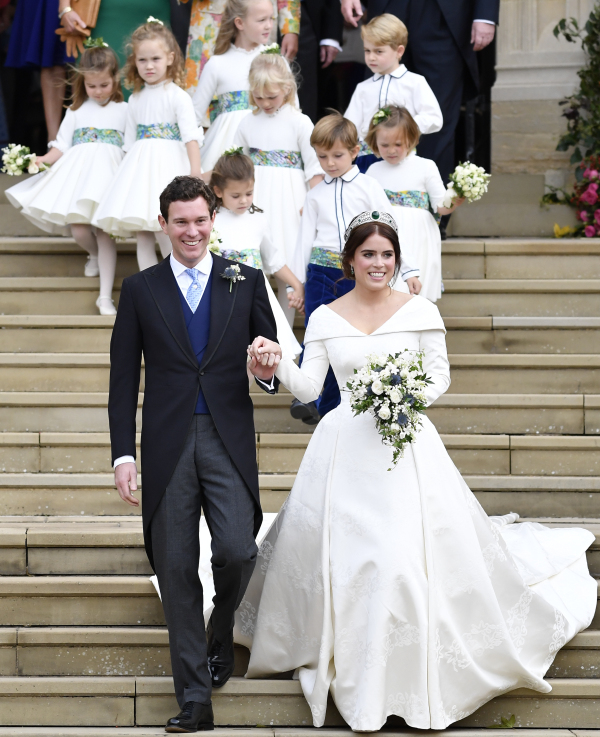 The dress was full-skirted and off-the-shoulder, with a folding portrait neckline. The silk and cotton jacquard gown was designed with motifs that are important to the couple – a thistle for Scotland, symbolising their fondness for Balmoral, a shamrock for Ireland in a nod to the Ferguson family, the York Rose in honour of the bride’s father and an ivy to represent the couple’s home, Ivy Cottage. 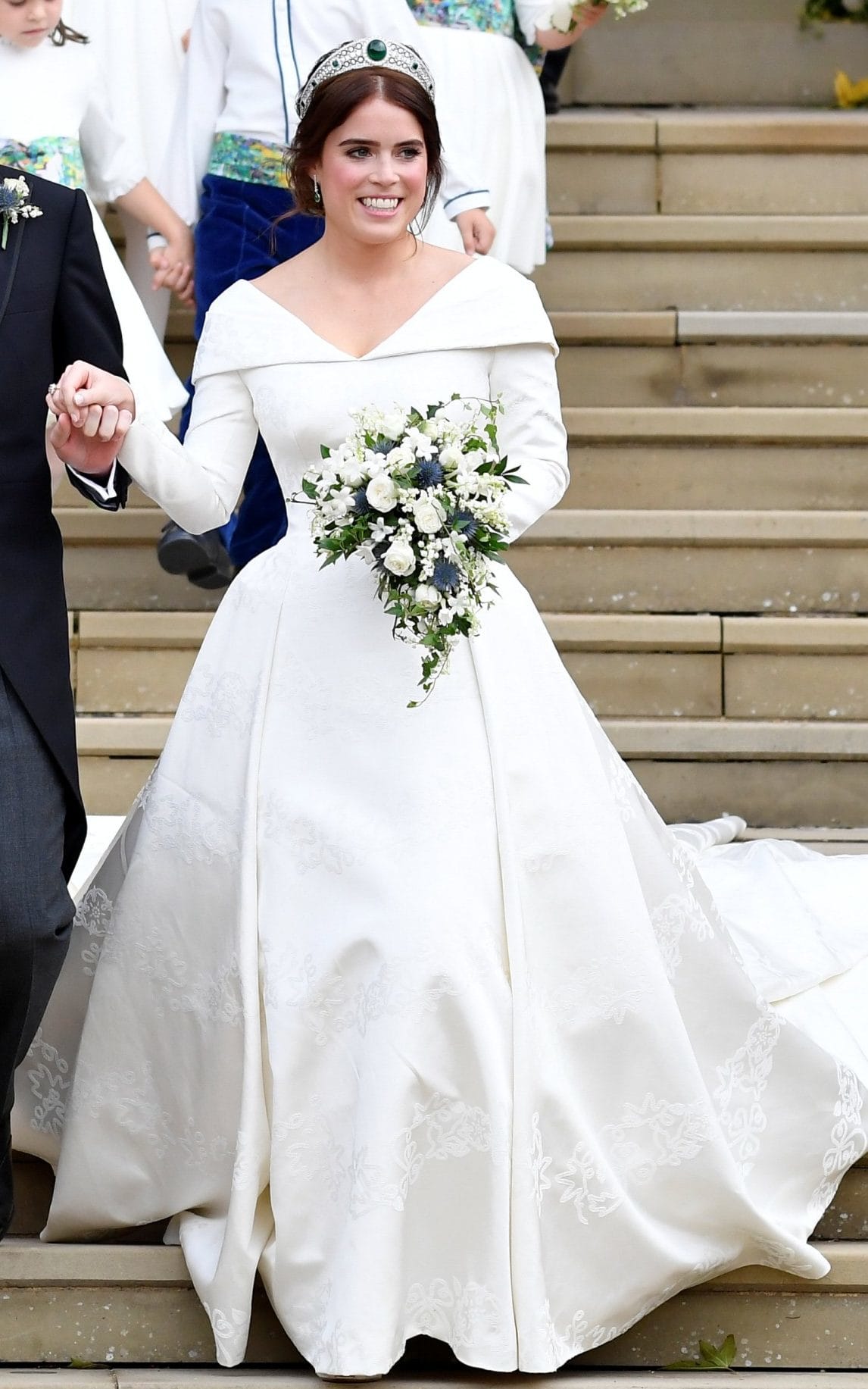 The V shaping of the dress neckline served to show a scar on the bride’s back. It was important to Eugenie that she shows the world that fairytale weddings don’t need to be photoshopped, hence she decided not to hide the scoliosis scars on her back, which resulted from a surgery she had to straighten her spine when she was 12 years old.

Princess Eugenie accessorised with shoes by British label, Charlotte Olympia, founded by Charlotte Dellal, wearing the Greville Emerald Kokoshnik tiara, which belonged to the late Queen Mother. The tiara which was bequeathed by socialite Margaret Greville to the Queen Mother in 1942 is made of brilliant and rose cut diamond pavé set in platinum, with six emeralds on either side. To complement this, she wore a set of diamond and emerald green earrings which were a wedding gift from her husband. 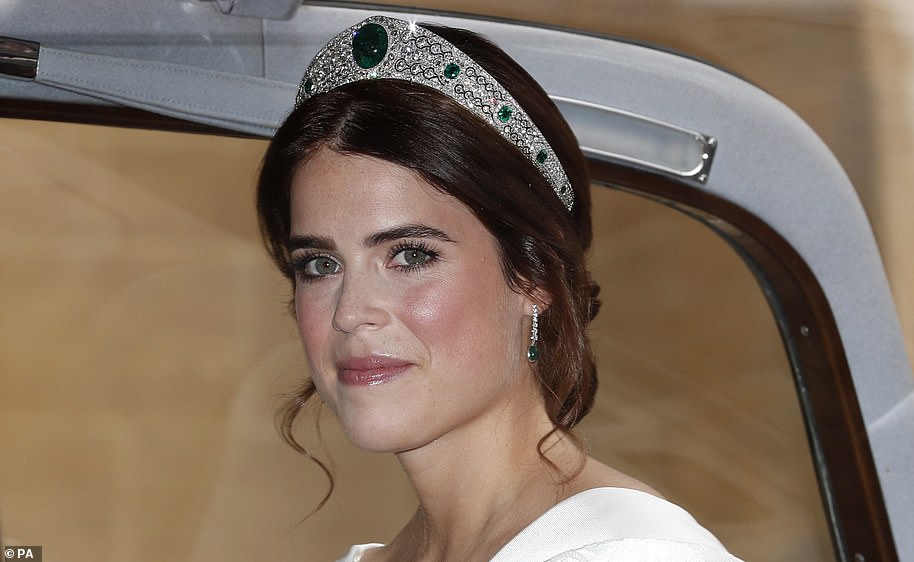 Eugenie was walked up the aisle by her father, the Duke of York, in front of 850 guests including the Queen and a host of A-listers like Naomi Campbell, Holly Vallance, Cara Delevigne among others. As with celebrities, they did not just turn up, they showed up in top style, make that Rave-worthy style! Noticeably absent though were the groom’s employers, George and Amal Clooney.