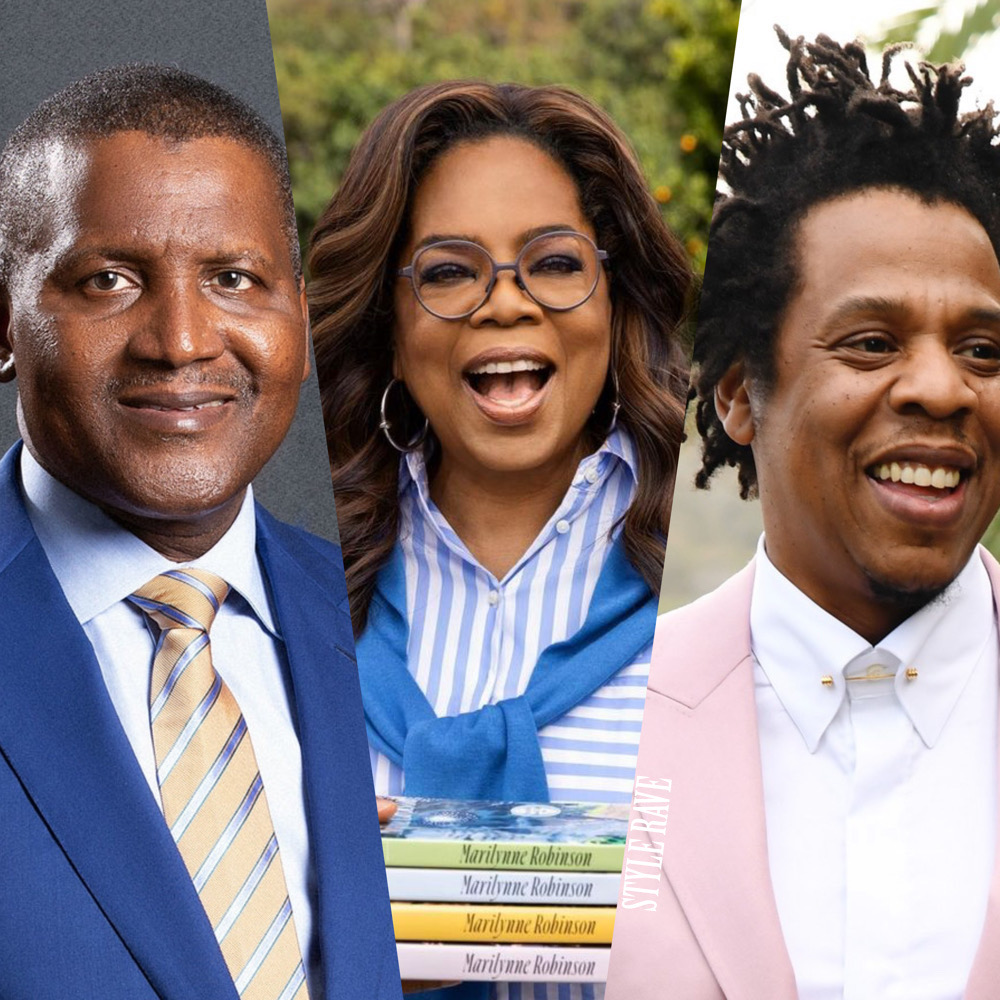 Forbes on Tuesday, April 6, 2021 released its annual list of the world’s billionaires, which despite the coronavirus pandemic, added an outstanding 493 newcomers including newbie Black Billionaire, Tyler Perry, this year. According to Forbes, there are now 2,755 billionaires, 660 more than a year ago. The business and financial magazine said there was a $5 trillion surge of wealth this past year.

For the fourth year in a row, Amazon founder Jeff Bezos took the top spot on the list of wealthiest in the world. He’s followed by Tesla and SpaceX founder Elon Musk, who reported the biggest profit throughout the past year, according to Forbes. The top 10 richest in the world are worth a total of $1.15 trillion, Forbes said. That’s up by two-thirds from $686 billion last year.

Despite the increase in Billionaires on the Forbes 2021 list, Black billionaires still remain a rare group. While their success looms large, the small number of Black people among the 2,755 members of the global billionaire’s club also highlights a racial and continental wealth gap globally.

Here are the Black people on Forbes 2021 Billionaires’ list…

#451
Net worth: $6 B
Industry: Private equity
Profile: Robert F. Smith founded private equity firm Vista Equity Partners in 2000. It focuses exclusively on investing in software companies. With over $50 billion in assets, Vista is one of the best-performing private equity firms, posting annualized returns of 22% since inception.

#807
Net worth: $3.7 B
Industry: Information Technology
Profile: David Steward is the founder and chairman of IT provider World Wide Technology. Today he is majority owner of the nearly $12 billion (sales) company, whose customers include Citi, Verizon and the federal government.

#1064
Net worth: $2.9 B
Industry: Mining
Profile: South African Patrice Motsepe, the founder and chairman of African Rainbow Minerals, became a billionaire in 2008 – the first Black African Billionaire on the Forbes list. In 2016, he launched a new private equity firm, African Rainbow Capital, focused on investing in Africa. Motsepe also has a stake in Sanlam, a listed financial services firm, and is the president and owner of the Mamelodi Sundowns Football Club.

#1174
Net worth: $2.7 B
Industry: Television
Profile: Oprah Winfrey has transitioned her hit talk show, which ran for 25 years, into a media and business empire. The former news anchor built the reinvested profits from her talk show into $2 billion, according to Forbes estimates. In 2011, Winfrey launched cable channel OWN. Her 25.5% of the network is worth more than $65 million.

#1750
Net worth: $1.8 B
Industry: Music, sneakers
Profile: Entrepreneur and musician Kanye West has a lucrative multi-year deal to design sneaker brand Yeezy for Adidas. He gets an annual royalty from Adidas, which makes Yeezy shoes. The Yeezy brand pulled in an estimated $1.7 billion in sales in 2020.

#1931
Net worth: $1.6 B
Industry: Sports team ownership, Endorsements
Profile: Regarded by most as the NBA’s greatest all-time player, Michael Jordan won six titles with the Chicago Bulls. His salary during his career totaled $90 million, but he has earned $1.8 billion (pre-tax) from such corporate partners as Nike, Hanes and Gatorade.

#2035
Net worth: $1.5 B
Industry: Telecom
Profile: Strive Masiyiwa overcame protracted government opposition to launch mobile phone network Econet Wireless Zimbabwe in his country of birth in 1998. He owns just over 50% of the publicly-traded Econet Wireless Zimbabwe, which is one part of his larger Econet Group. Masiyiwa also owns just over half of private company Liquid Telecom, which provides fiber optic and satellite services to telecom firms across Africa.

#2141
Net worth: $1.4 B
Industry: Music, wine and spirits, sports
Profile: Even in a year without a tour or album release, Jay-Z mints millions from his Armand de Brignac champagne and D’Ussé cognac. Jay-Z’s assets range from entertainment company Roc Nation to a fine art collection including works by Jean-Michel Basquiat.

#2674
Net worth: $1 B
Industry: Television, movies
Profile: A director, actor, producer and writer, Tyler Perry is best known for his “Madea” franchise, which has grossed more than $660 million. Perry’s wealth comes both from his cut as a producer and from a library dating back to the early 1990s: he owns 100% of the content he’s created. In 2019, he opened Tyler Perry Studios, a 330-acre property in Atlanta with 12 sound stages and custom sets that include a to-scale White House.