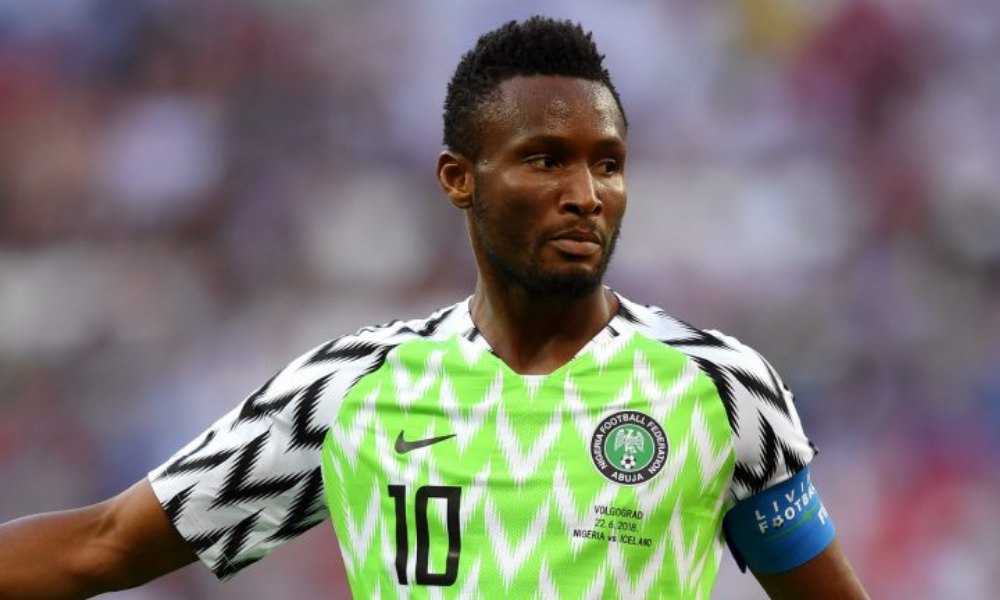 The Fashion Cycle is Being Altered By Fashion Influencers: Here’s How

On Tuesday, the Defence Headquarters (DHQ) dissociated the Armed Forces of Nigeria (AFN) from a circulating document calling for the overthrow of the democratically elected government led by President Muhammadu Buhari.

The DHQ in a statement issued by Muhammed Wabi, accused a group called “Nigerian Continuity and Progress” (NCP) as being behind the document.

Mr Wabi alleged that the document called for the setting up of an “interim government” in place of the elected government of the country.

“The AFN outright condemns the undemocratic and demonic actions of the author of the document. Accordingly, members of the public are enjoined to discountenance the content of the documents being circulated by NCP and equally condemned in totality, the call to derail our hard-earned democracy,” the statement said.

Acts of the military overthrowing a sitting government have become popular in recent times with Sudan doing so after a series of protests and the military in Venezuela also urged to do so.

2. Trump clamps down on US visas for Nigerians

The United States Embassy on Tuesday announced the indefinite suspension of interview waivers for renewals, otherwise known as the “Dropbox” process.

Dropbox is an interview waiver process which allowed Nigerian applicants who meet certain criteria to renew their visas by submitting their passports and supporting documents for review without having to go through an in-person interview each time.

The Embassy stated that all applicants in Nigeria seeking a non-immigrant visa to the US must now apply online and will be required to appear in person at the US Embassy in Abuja or US Consulate General in Lagos to submit their application for review. It also added that visa applications will no longer be accepted by DHL in Nigeria.

The US Embassy, however, stated that those who have already submitted their passports via Dropbox to DHL for processing either at the US Embassy or Consulate General will not be impacted by the change.

A likely consequence of the new rule which the Embassy says takes effects immediately, could be a significant drop in the number of non-immigrant visas issued to Nigerians.

In what is regarded as the most restrictive abortion bill in the United States, Alabama passed legislation that would punish doctors who perform abortions with life in prison.

The legislation pushed by the state Republican backers amounts to a near-total ban on abortion in the state. It appears to be forward with the express goal of overturning Roe vs. Wade, the Supreme Court case legalising abortion.

Alabama joins other states such as Georgia in putting forth legislation to restrict abortion. The abortion law only allows exceptions “to avoid a serious health risk to the unborn child’s mother,” for ectopic pregnancy and if the “unborn child has a lethal anomaly.”

The bill was passed earlier this month and a motion by Democrats to exempt rape and incest victims failed.

The Republican governor of Alabama Kay Ivey, who is known for her strong anti-abortion views, will have six days to sign the legislation but the bill would not be implemented until six months after becoming law.

Social media giant, Facebook, has rolled out a new set of rules around its live streaming feature in an increasing effort to combat the spread of online violence and hate speech on the platform following the mass shooting in New Zealand.

The social media platform said in a statement on Tuesday that anyone sharing “violating content” like a statement from a terrorist group without context, would be blocked for a set period such as 30 days.

It would be a “one-strike” policy where people who break the rules would be immediately blocked.

“Our goal is to minimise the risk of abuse on Live while enabling people to use Live in a positive way every day,” Facebook’s Vice President of integrity Guy Rosen said in a blog post.

The decision comes as national leaders from around the world gather for an Online Extremism Summit in Paris on Wednesday. The initiative labelled the “Christchurch call” was pushed by New Zealand Prime Minister Jacinda Ardern after a gunman killed 51 people in attacks on two mosques in Christchurch, New Zealand, live streaming the graphic footage via Facebook’s Live service.

The head coach of the Super Eagles, Gernot Rohr, has released his provisional squad list for the 2019 African Cup of Nations.

The 25-man list was released on Tuesday by the Super Eagles coach in preparation for the much-anticipated competition which is set to take place in Egypt next month.

Midfield general John Mikel Obi tops the list together with Saudi-based forward Ahmed Musa, Stoke City’s player of the season Oghenekaro Etebo and Kenneth Omeruo all making the cut. Six players were kept on a standby list in case of injuries or withdrawals from the selected players.

The invited players are expected to report to the Golden Tulip hotel, Asaba, Delta State on June 2. The tournament is scheduled to hold in Egypt from June 21 to July 19. The Super Eagles will be eager to dominate Group B which they share with Burundi, Guinea and Madagascar.

The Fashion Cycle is Being Altered By Fashion Influencers: Here’s How