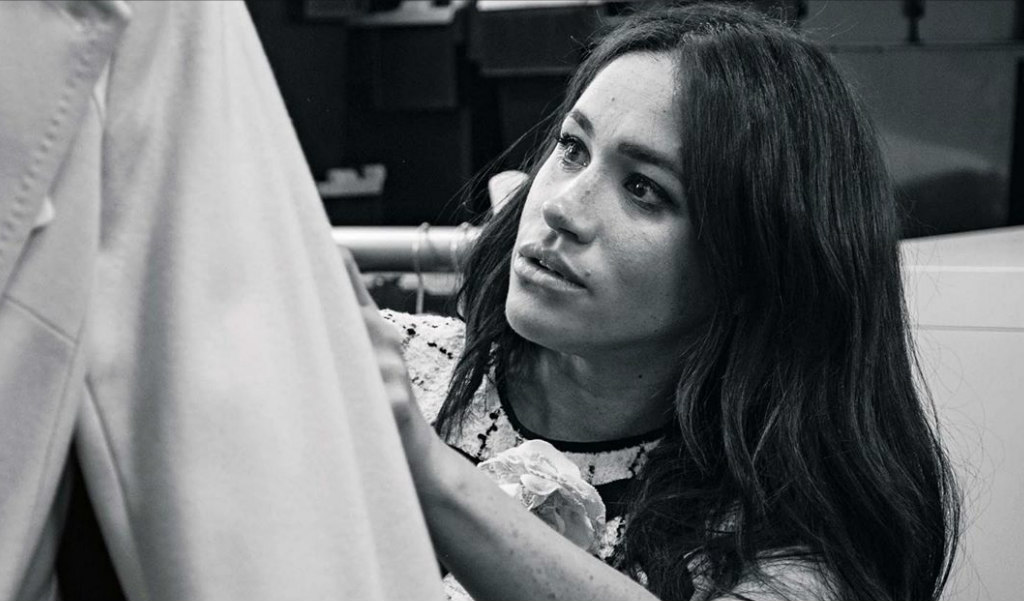 For British Vogue’s September 2019 issue, her Royal Highness Meghan Markle serves as the guest editor as she features 15 women who are forces for change. Over in the US, the shooter at the Gilroy Garlic Festival has been killed while in Nigeria, the BBNaija Pepper Dem House witnessed more evictions. Stay in the know with our Rave News Digest which summarizes five of the hottest global news you need to catch up on, saving you time and energy. Consider it your daily news fix.

1. Axe falls on Thelma and Nelson in BBNaija

It was another entertainment-packed weekend which saw Thelma Ibereme and Nelson Allison sent packing from the Big Brother Naija reality TV show. This is coming after Biggie nominated the 16 remaining housemates for eviction.

The housemates had their nomination show on Monday but in a surprise twist, Big brother announced that all housemates, including Seyi and Tacha, are up for eviction this week. He, however, said Khafi who won the veto card, on Sunday night would not save any housemates or herself because her Veto card was “redundant.”

This is the fourth eviction in the Big Brother Naija Pepper Dem edition which kicked off on June 30, 2019. 21 ambitious youths made it to the Big Brother House and have kept things pretty heated since their arrival at the house. The housemates all have dreams of making it in the entertainment industry with various talents including music, dance, modelling, and acting.

The eviction continues for the next nine weeks when the show comes to an end.

The Delta Aquariid Meteor Shower peaks again tonight where some in the right conditions could see up to 15-20 meteors per hour.

Shooting stars will light up the night sky as the month-long shower reaches its end-of-July peak over the course of two days. The Delta Aquariids are visible from mid-July to mid-August every year, with the shower reaching its peak towards the end of July.

The reason for them peaking now is the fact that it coincides with the Perseid Meteors which are known for producing more shooting stars. Viewing conditions will be quite good locally thanks to a mostly clear sky AND a waning crescent moon. The less moon visible means the better the viewing conditions will be thanks to less brightness tainting the view of the dark sky.

Although the Delta Aquariids shower will be best seen from the Southern Hemisphere, people living in the mid-northern latitudes can also catch a sight if the moon is out of the way. The shower will last all night from midnight to dawn, but the best time to see it is usually between the early hours and dawn. Time recommends staying up until the pre-dawn hour for the best views. In the UK, the dawn will be at 4.39am on Tuesday morning.

British Vogue has just revealed the cover of its coveted September issue, while also unveiling the Duchess of Sussex, Meghan Markle, as its first-ever guest editor. The issue, titled Forces For Change, aims to highlight “a cast of brilliant female changemakers who are set to reshape society in radical and positive ways.”

There is also a 16th box on the cover which, in print, will be a mirror and represents how the reader can also be a force for change.

Posting to social media via the Sussex Royal Instagram page, Markle revealed she had been working on the issue for several months, calling it a “rewarding, educational and inspiring” experience.

She said: “To deep dive into this process, working quietly behind the scenes for so many months, I am happy to now be able to share what we have created. A huge thanks to all of the friends who supported me in this endeavour, lending their time and energy to help within these pages and on the cover. Thank you for saying ‘Yes!’ – and to Edward, thank you for this wonderful opportunity.”

Although not gracing the cover herself, calling it a “boastful” thing to do for this particular issue, an interview between Markle and former first lady Michelle Obama will be included. The September issue of British Vogue will be available on news stands Friday, August 2nd.

What do you think of Meghan Markle guest editing the British Vogue? Let us know your thoughts in the comment section.

A shooting incident occurred at the Gilroy Garlic Festival in Northern California. Gilroy is located near San Jose. At least 3 people are dead, including a 6-year-old boy, and 12 more have been injured, officials say. Investigators have identified the gunman, who was shot and killed by police, a law enforcement source said Monday morning. Gilroy police say the crime scene is still active.

The Gilroy Garlic Festival is more than just a weekend of concerts and cooking demonstrations –– it has also raised millions for local nonprofits. Established to celebrate garlicky foods and the tight-knit Gilroy community, the event has raised more than $11.7 million for local charities since 1979, organizers said.

In 2018, organizers donated more than $255,000 to 170 different groups, including churches and school sports teams. The culinary festival attracts more than 100,000 visitors every year to the small city of Gilroy, which calls itself the “garlic capital of the world,” according to organizers.

Both Zimbabweans netted in each half at the Stade Auguste Vollaire on the Indian Ocean island in a second-round match delayed one day by bad weather. The result virtually assures Zimbabwe of a final qualifying round tie against South Africa or Lesotho with a place at the 2020 tournament in Cameroon up for grabs.

It was the second four-goal away victory in 15 first legs between Friday and Monday after Mali thrashed Guinea-Bissau 4-0 in Bissau. Zimbabwe boasts an outstanding away record in CHAN qualifying, winning seven and drawing two of 10 matches with the sole loss coming in Namibia two years ago.

They triumphed in Mauritius despite having to change coaches just before leaving Harare with Rahman Gumbo taking charge when Sunday Chidzambwa resigned.

The CHAN is confined to footballers playing in their country of birth, giving them international exposure that might otherwise be denied as Europe-based players dominate most Africa Cup of Nations squads. Democratic Republic of Congo (twice), Tunisia, Libya and Morocco have won previous editions of a competition launched 11 years ago.