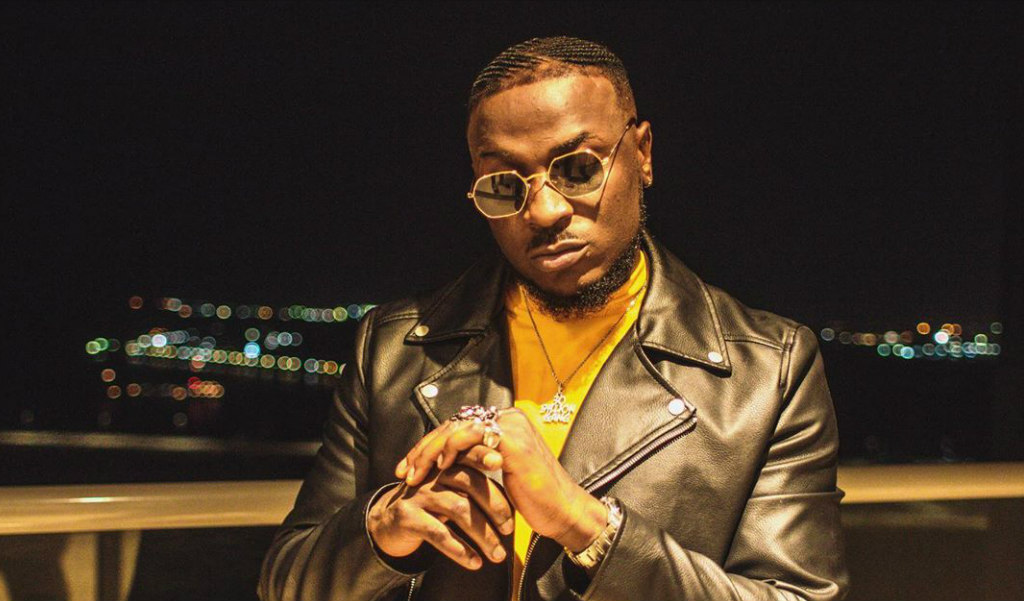 The Best Celebrity Styles From This Past Weekend

We now know what happens when you annoy a pained Peruzzi and he meets you outside. Also, President Buhari has accepted Onnoghen’s retirement but how does it affect his suspension? Stay in the know with our Rave News Digest which summarizes some of the hottest global news you need to catch up on, saving you time and energy. Consider it your daily news fix.

It’s been about two months since the former Chief Justice of Nigeria, Walter Onnoghen, wrote a letter of voluntary retirement to President Muhammadu Buhari. Well, he has finally accepted.

Onnoghen wrote the letter in April after being asked to do so by the National Judicial Council which probed a complaint of abuse of office through a false declaration of assets.

You would recall that before then, Onnoghen was controversially suspended from office by the President on the order of the Code of Conduct Tribunal (CCT) where he was being tried.

The Court of Appeal condemned the order but stated it could not overrule it. The CCT then convicted Onnoghen of false assets declaration and asked that he be sacked from office and not allowed to hold public office for the next ten years.

But before the CCT’s final ruling, the former chief judge had voluntarily retired from office, a retirement which has now been accepted by President Buhari on Sunday.

The media spokesperson for the President, Garba Shehu, made the announcement in a statement on Sunday night.

“President Buhari has accepted the voluntary retirement from service of Hon. Justice Walter Onnoghen as Chief Justice of Nigeria, effective from May 28, 2019,” he said.

“The President thanked Justice Onnoghen for his service to the Federal Republic of Nigeria and wished him the best of retirement life,” he added.

Tobechukwu Victor Okoh popularly known as Peruzzi drew the ire of Nigerians on social media when a video of him assaulting popular influencer Adegoke Pamilerin went viral on social media.

Pamilerin shared a photo of a swollen eye he allegedly sustained in the assault and went on to narrate his ordeal.

In a series of tweets, he alleged that he was about to board a bus to Port Harcourt from Bayelsa when he was apprehended by Peruzzi and his bouncers.

He claimed he was held down and slapped by the singer who was allegedly angry with him because of a tweet he posted back in January where he said Teni was better than Peruzzi after the former won the “Best New Act” award ahead of the latter at the Soundcity MVP awards.

You would recall that sometime in January, Peruzzi was supposedly angry because he felt he deserved the award. The singer even went as far as venting his frustrations on Twitter where he tweeted about being the hardest working new artist, claimed to have made more money and also claimed to have had a better year than any other new act in the country.

The alleged assault has led to mixed reactions from Nigerians, some of whom felt the influencer should press charges against Peruzzi because no one was above the law, while others supported the singer, saying influencers talk too much and deserved what they got.

Amidst the uproar, Peruzzi has taken to Twitter to apologise to Pamilerin, admitting that he let his feelings get the better of him. Davido, the owner of the record label that signed Peruzzi, has also apologised to Pamilerin in regards to the incident, saying the singer only reacted to “some harsh words.” He also advised that people should be more courteous about what they write about others because sometimes the words hurt.

According to reports, nearly 100 people have been killed in an attack in a village in central Mali inhabited by the Dogon ethnic group.

The attack happened in Sobane-Kou, near Sanga town in the Mopti region. There have been numerous attacks in Mali in recent months with clashes between Dogon hunters and semi-nomadic Fulani herders more frequent.

Mali’s government said, “suspected terrorists” had attacked the village at around 03:00 local time. At least 19 people were still missing, it said.

No group has officially said it was responsible for the attack but the mayor of nearby Bankass, Moulaye Guindo, told Reuters news agency that Fulanis from that district had attacked Sobane-Kou after nightfall.

“Right now we have 95 dead civilians. The bodies are burned, we are continuing to look for others,” a local official told the AFP agency.

This is not the first time a communal massacre has been reported and attributed to the Dogon ethnic group. There was a report of about 134 people including women and children who were killed by armed men dressed in traditional hunting gear in March.

They are said to target and attack Fulani-populated communities, a claim they have continuously denied.

Over one million protesters took to the streets of Hong Kong Sunday to oppose a controversial extradition bill that would enable China to extradite fugitives from the City.

The group that organised the protests said that 1.03 million people took part in the protest, making it the largest demonstration since the city was handed back to China in 1997.

The bill according to the government, is designed to plug loopholes in current law by allowing Hong Kong to decide on a case-by-case basis whether or not to send fugitives to territories where it doesn’t have formal extradition deals.

Critics have however kicked against the bill, saying that it will leave anyone on Hong Kong soil vulnerable to being grabbed by the Chinese authorities for political reasons or business offences, consequently undermining the city’s semi-autonomous legal system.

Protesters called on Carrie Lam, the chief executive of Hong Kong, to step down as they made their way to the Legislative Council in the Admiralty business district.

As the protests tapered out, violence broke out between protesters and police. Reports claim that at least 3 officers and a journalist were injured. Police have confirmed that at least seven people have been arrested in connection to the violence.

Speaking as regards to the protests, the Hong Kong leader has said there were no plans to scrap the plan or re-word it, stating that the law was proposed out of “conscience” and “commitment to Hong Kong. She also promised legally binding human rights, safeguards, and regular reports of implementation of cases to the legislature.

The UEFA Nations League crowned its first ever winners on Sunday Night when Portugal took on the Netherlands in Porto.

In a fiercely competitive final, both teams battled for supremacy but at the end, a Guedes strike at the heart of the 18-yard box proved pivotal as Portugal ran out 1-0 winners.

In the third place match, England overcame a defiant Switzerland side via a penalty shootout. England goalkeeper Jordan Pickford was the hero as he made sure to convert and also save a spot-kick after the game had ended 0-0 after extra time.

In the world of female football, Nigeria suffered a 3-0 defeat against Norway in their opening match of the FIFA Women’s World Cup. They currently sit third of Group A with hosts France on top. The Super Falcons will, however, hope to get back to winning ways against South Korea on Wednesday.

With the win, the Spaniard became the first player to ever win the same grand slam 12 times. Nadal who improved to 93-2 at the French Open has never lost a final.

Now an 18-time grand slam winner, Nadal has pulled to within two grand slams of Roger Federer for the first time.

In female tennis, Ashleigh Barty won her first ever grand slam when she defeated Marketa Vondrousova to win the French Open title. She became the first Australian to win a singles title at Roland Garros since Margaret Court in 1973.

The Best Celebrity Styles From This Past Weekend