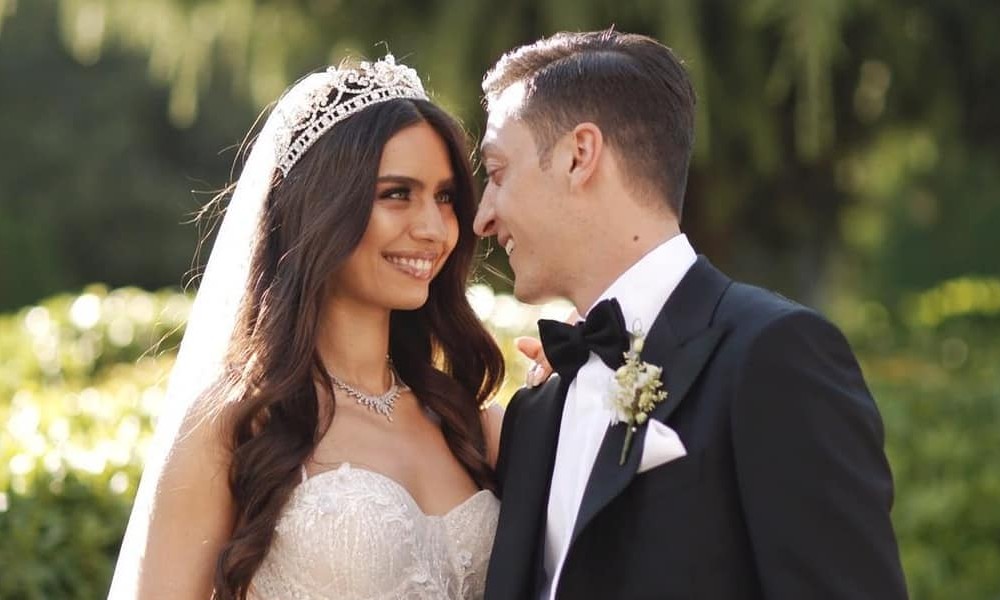 Former German International football star, Mesut Özil got married to his Swedish-born girlfriend of two years and 2014 Miss Turkey Amine Gulse in Istanbul on Friday with Turkish President, Recep Tayyip Erdogan as the marriage witness and his best-man.

30-year-old Özil, a footballer of Turkish origin stirred the media last year when he was photographed with Erdogan. This caused questions to be raised about his loyalty to Germany a day to the 2018 World Cup campaign.

Özil announced in March that he had asked Erdogan to be his witness. The footballer, a third-generation German, caused a political controversy including racist abuse when he was pictured alongside Erdogan last May. The ceremony took place at the Four Seasons hotel, a restored 19th-century Ottoman palace, on the shores of the Bosporus Strait, known for its terraces above the water, separates the European and Asian sides of Turkey’s most populous city. The wedding reception was solemnized by Istanbul’s governor and acting mayor, Ali Yerlikaya. The couple made a large donation to the Turkish Red Crescent to aid war victims and refugees. The aid organization said it had used the donation to feed about 15000 refugees from northern Syria, Anadolu news agency reported. The couple also directed fans to charity for wedding gifts.

Memories Forever? Why You Still Need A Custom Wedding Album In A Digital World