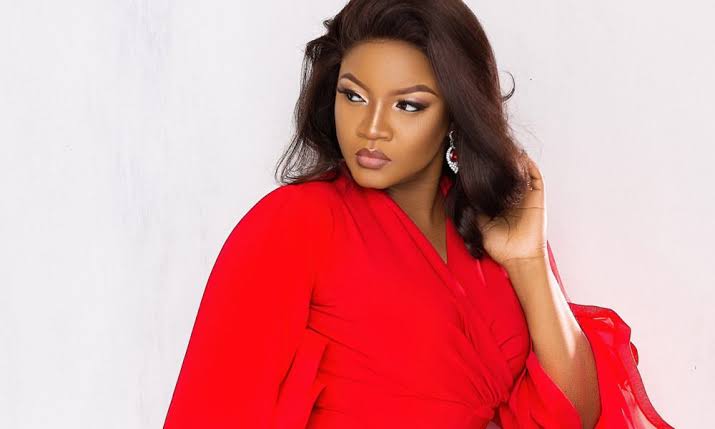 1. Nigeria is hellish under your watch – Omotola Jalade Ekeinde

Nollywood actress Omotola Jalade Ekeinde, on Monday took to social media to lambast President Muhammadu Buhari and Vice President Yemi Osinbajo, over the poor state of the country, calling the country “hellish” under their government.

In a series of posts on Instagram and twitter, the star actress highlighted the rising levels of insecurity and lack of money in circulation. She particularly called out Vice President Osinbajo for being mute to all that has been happening.

In a tweet she wrote: “The country under your watch is Hellish! @ProfOsinbajo @Mbuhari @NGRPresident. The lack of money in circulation, now coupled with the continuous assault n killings by uniformed men’ll make this country implode!!! It’s unbearable! Do something! Insecurity! Fear n desperation everywhere!”

The tweet has since gone viral with Nigerians divided on the actress’s comments. Some have supported her while others have accused her of being partisan. However, one of the spokesmen for the presidency, Bashir Ahmad, took to twitter to reply her, saying that a lot of people who worked diligently aren’t complaining.

“Madam Omotola those who are working for CLEAN money are not complaining and will never refer to our dear country as “hellish”. In Kano State alone, from 2015 to 2018, no fewer than 200 medium and small scale rice milling centres emerged. For that, billions circulated among millions,” he tweeted.

A major fire engulfed the Notre-Dame cathedral in Paris on Monday leaving a large part of it in ruins. The 850-year-old church which was undergoing renovations was greatly damaged with its iconic spire falling in.

The cause of the fire is unclear but according to officials, it was an accident and there is so far no link to arson or terrorism. It took several hours for the church to be extinguished. There were no deaths reported and the artefacts and religious items were rescued.

French President Emmanuel Macron has promised to rebuild the cathedral as soon as possible. In an address to the nation on Tuesday, he said he wanted it done in five years, a period experts have said is unlikely.

He also pledged to set up an international fundraising scheme for the reconstruction. As at the time of this report, about €800m had so far been raised. The church was not only a place of worship but was also a place of tourist attraction.

Two reporters who have been locked in a cell in one of the world’s most notorious prisons, have been awarded a Pulitzer.

The reward which is one of journalism’s most prestigious prize was awarded to two Reuters staff Wa Lone and Kyaw Soe Oo who are serving a seven-year sentence in Yangon’s Insein Prison in Myanmar for “exposing state secrets.”

Both men were front-runners in a Reuters investigation into the killing of 10 Rohingya men in a far western village of Inn Dinn which according to CNN, was part of a military-led campaign against the Muslim minority which began in 2017.

The journalists claim to be framed by a police officer posing as a source. They say that in late 2017, they were invited by officers to a secret meeting at a restaurant where they were handed documents. Shortly after, police swooped and arrested them with the classified information in their possession.

The award comes at a crucial time when Myanmar’s Supreme Court is set to hear their final appeal against conviction. The Pulitzer administrator Dana Canedy announced that the pair had been inducted into the elite group of winners.

This she said was “for expertly exposing the military units and Buddhist villagers responsible for the systematic expulsion and murder of Rohingya Muslims from Myanmar, courageous coverage that landed its reporters in prison.”

Indonesia is set to vote today in one of the world’s largest one day elections. A whooping 192 million people are eligible to cast their ballot to select 20,000 local and national lawmakers, including the president.

For the first time in the country’s history, the president, vice president, and members of the People’s Consultative Assembly (MPR) are elected on the same day. In the presidential election, incumbent president, Joko Widodo, runs for re-election against former General Prabowo. It is the second consecutive election the two have gone head-to-head.

5. Messi stars for Barca as Ajax knock out Ronaldo

It wouldn’t be the Champions League if there weren’t lots of drama, joy and heartbreak on the night. Manchester United faced the daunting task of overturning a 1-0 aggregate against Barcelona at the Camp Nou while Juventus hoped that “Mr Champions League”, Cristiano Ronaldo, could help them advance to the next stage by defeating Ajax. However, it’s safe to say the night had other plans.

Lionel Messi who has been in amazing form all season, put yet another scintillating display against Manchester United. He pulled the strings in midfield but most importantly, bagged two early goals that all but ended the English side’s hopes for qualification.

Philippe Coutinho added the icing on the cake in the second half as his brilliant outside the box strike curled nicely into the back of the net to put the tie beyond the visitors.

United had a few chances, drawing some excellent saves from goalkeeper Ter Stegen but could not cut down the deficit. The hosts therefore ran out 4-0 aggregate winners, booking a place in the semi-finals for the first time since 2015.

Meanwhile, it was all square on aggregate between Juventus and Ajax going into the match. The Dutch side had received a lot of plaudits for their courageous display in the first leg of the encounter and were looking to build on that.

It seemed to not be going according to plan when Ronaldo headed Juventus in front through a well-taken header. However, barely five minutes later, Ajax grabbed an equaliser to level things up.

The Eredivisie leaders had more momentum going forward. They caused the hosts a lot of problems in the midfield and final third. Their persistence finally paid off as teenage captain De Ligt rose highest to head home their second goal of the night.

The goal was enough to send the young Dutch team to their first semi-final since the 1996/1997 season.