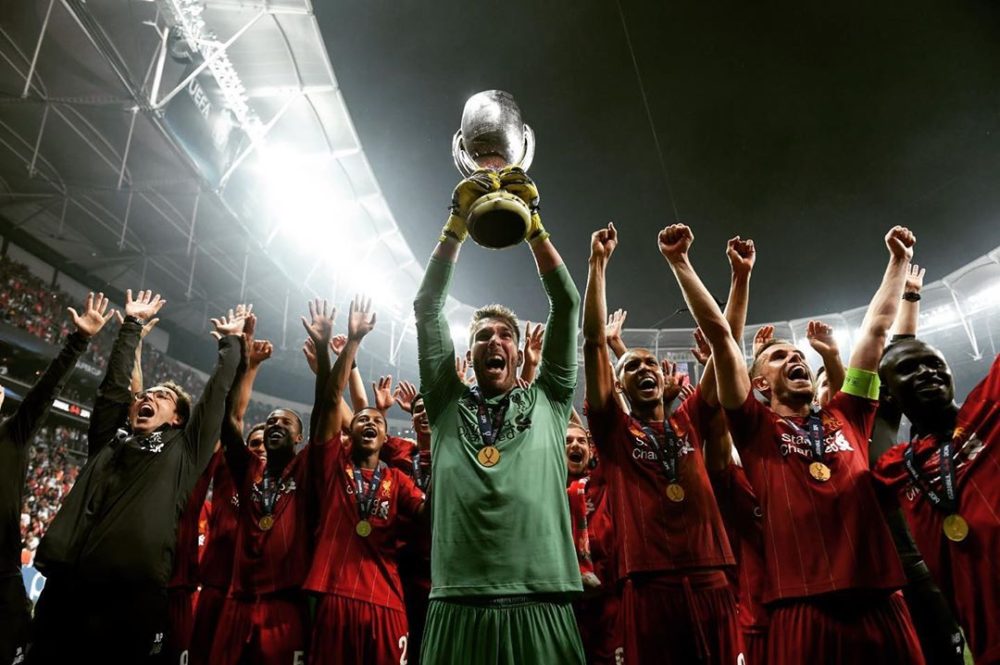 ASAP Rocky found guilty for Sweden fight, Liverpool wins Super cup, US market plummets, Nigerian child abuser arrested. Stay in the know with our Rave News Digest which summarizes five of the hottest global news you need to catch up on, saving you time and energy. Consider it your daily news fix.

1. Nigerian who locked a child in dog kennel arrested 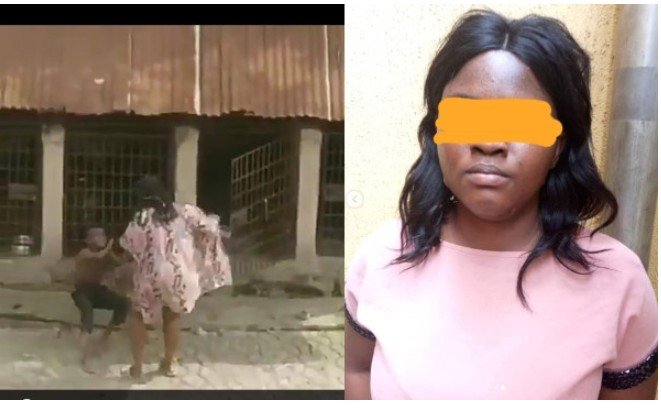 Police in Nigeria’s commercial capital, Lagos have arrested a woman filmed abusing a child and then locking him in a caged kennel with dogs. It is not clear when the footage was shot, but it went viral on Twitter earlier this month.

In the video clip, a woman is seen beating a boy, stripped to his waist, with a belt. She then drags him into an empty kennel and locks it while shouting at him before walking away. Two dogs can be seen in the kennels beside the one the boy was thrown into. The video caused quite a stir on social media, where shocked users offered rewards to anyone that could track down the woman.

On Thursday, a police spokesperson, Dolapo Badmos, tweeted that the woman in the video had been arrested. “The suspect is in custody and will be charged to court… The boy, who happens to be an orphan, has been rescued and kept in a shelter provided by Lagos state government,” she said. 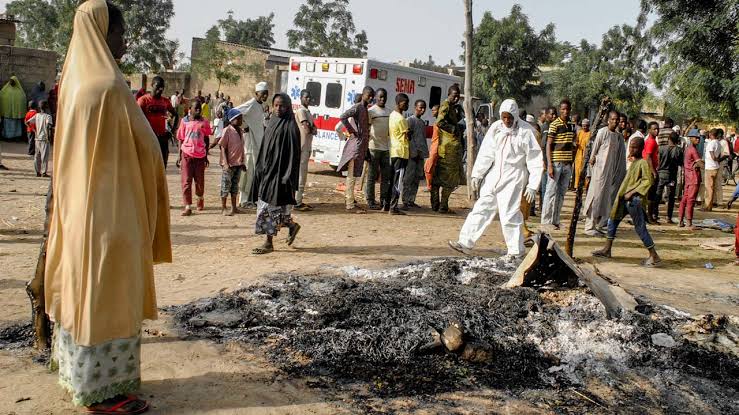 At least six people have been killed after a female suicide bomber blew herself up in western Chad, according to security sources, in an attack blamed on Boko Haram, a Nigeria-based armed group. Sources told news agencies on Wednesday that the attack happened shortly after midnight in the compound of a traditional chieftain in Kaiga-Kindjiria district in Lac province.

The death toll of six was confirmed by Chadian army spokesman Colonel Azem Bermandoa, and by a local NGO. Sources said that the attacker walked into the compound and detonated her bomb just as people were preparing to go to bed. A provincial security official said a woman wearing an explosives-laden belt “blew herself up near the home of a traditional chief”. There was no immediate claim of responsibility. Boko Haram rarely claims responsibility for attacks. 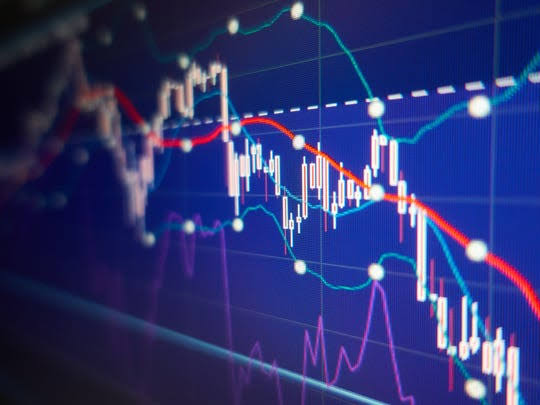 The dow dropped 800 points as investors worry about the global economy, the US-China trade war and Brexit. Wall Street sold off quickly on Wednesday as recession fears gripped the market after the United States Treasury yield curve temporarily inverted for the first time in 12 years.

All three major US indexes closed down about three percent, with the blue-chip Dow posting its biggest one-day point drop since October after two-year Treasury yields surpassed those of 10-year bonds, which is considered a classic signal of recession. Dire economic data from China and Germany suggested a faltering global economy, stricken by geopolitical tensions, Brexit woes and the increasingly belligerent US-China trade war. Germany reported a contraction in the second-quarter gross domestic product, and China’s industrial growth in July hit a 17-year low.

A week after being released from Sweden while the Swedish Prosecution Authority reached a verdict on his assault case, rapper ASAP Rocky was found guilty for his involvement in a street fight in June that left a 19-year-old man in need of medical treatment. ASAP Rocky had claimed self-defence, but the court stated he and his friends were not in a situation where they were entitled to use violence in self-defence. Nor could they have perceived themselves to be in such a situation.

The video of the incident attracted so much attention that celebrities began boycotting Sweden, budding legal powerhouse Kim Kardashian West got involved, and Donald Trump sent a hostage crisis envoy to sit in on the trial. It was a big mess—especially when new videos and accounts seemed to surface every few days—but it looks like consequences of ASAP Rocky guilty verdict won’t be as bad as people initially expected.

The video of the incident attracted so much attention that celebrities began boycotting Sweden, budding legal powerhouse Kim Kardashian West got involved, and Donald Trump sent a hostage crisis envoy to sit in on the trial. It was a big mess—especially when new videos and accounts seemed to surface every few days—but it looks like consequences of ASAP’s guilty verdict won’t be as bad as people initially expected. According to The New York Times, Swedish prosecutors had asked that ASAP would be given six months in jail if he were found guilty, but ASAP, who has already spent more than a month detained in a Swedish facility, won’t have to go back to jail.

5. Liverpool wins the super cup in a 5-4 victory against Chelsea 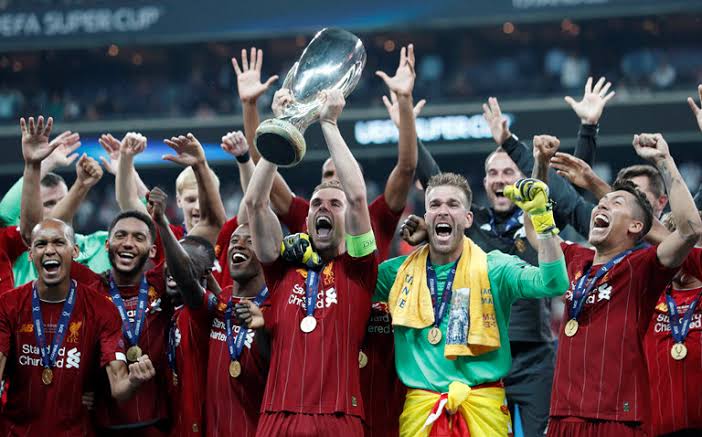 Liverpool won the Super Cup for the fourth time in their history by beating Chelsea 5-4 on penalties after a 2-2 draw in Istanbul. Goalkeeper Adrian kept out Tammy Abraham’s spot-kick to secure victory for the Champions League winners. Chelsea had taken the lead in the first half through Olivier Giroud’s clinical strike but Sadio Mane scored twice to give Liverpool the lead.

Jorginho’s spot-kick took the game to penalties, where Liverpool triumphed. The win comes just two months after Jurgen Klopp won his first trophy as Liverpool boss when he led the Reds to a 2-0 win over Tottenham in the Champions League final. Games between these two sides in Europe have historically been tight affairs, with just one of their 10 previous meetings having been won by a margin of more than one goal.

It was the same again on Wednesday night as the two teams tussled for 120 minutes in a game that did not finish until almost 1 am in Istanbul. In the end, it came down to who could keep their cool in the sweltering heat and after nine excellent penalties, Abraham placed his shot too close to Adrian to hand Liverpool their first silverware of the season.

This Saturday: Visions Opticals To Host “Women With Vision” With Didi Akinyelure, Funke Bucknor-Obruthe + Others