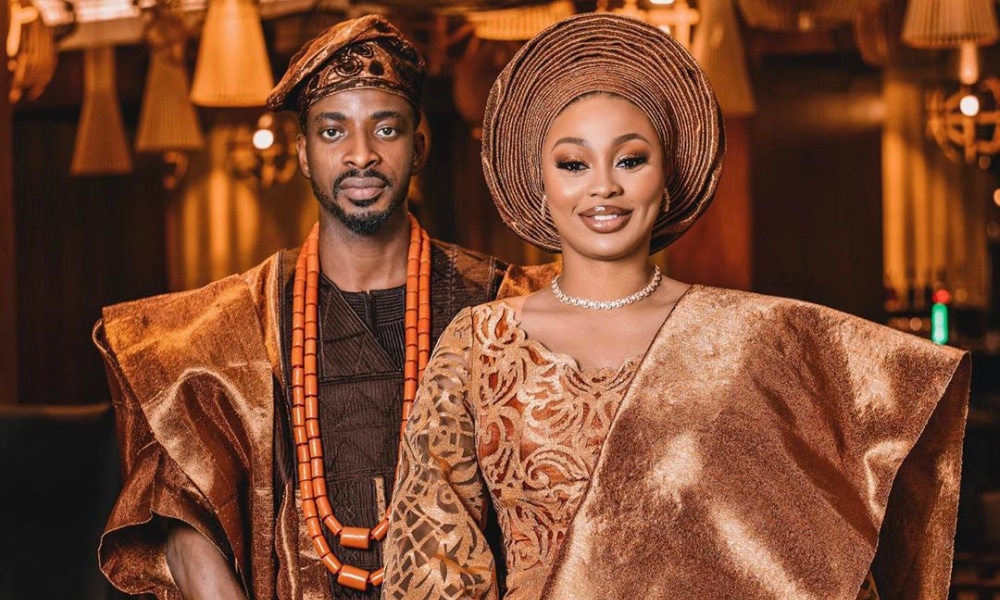 9ice holds private wedding, FG to withdraw the military from volatile spots in 2020, Man City beat Sheffield united. Stay in the know with our Rave News Digest which summarizes five of the hottest global news you need to catch up on, saving you time and energy. Consider it your daily news fix.

1. 9ice holds private wedding with mother of his child

Singer, Abolore Akande, better known as 9ice, has exchanged vows with his belle, Olasunkanmi Akande. 9ice and Sunkanmi, who share a five-year-old daughter, had their court wedding and white wedding in Lagos State during the week.

9ice took to his Instagram page to gush about his wedding with a post that read, “The winning team. My long-time dream. Happy you agreed to embark on this journey with me. Damaged goods turned ageing truth, pure through you and you Olasunkanmi Akande. #countdowntoforever #beautyand9ice.” 9ice wife news.

The bride was also not left out as she flooded her timeline with photos and videos of her pre-wedding shoot with her man.

This marks 9ice’s third attempt at marriage. He was previously married to Toni Payne, his former manager and Adetola Anifalaje, a U.S. based software engineer.

According to reports, his parents have decided to distance themselves from this union as they were actively involved in the first two marriages which ended up crashing.

A rocket attack in northern Iraq has killed an American contractor and wounded several military personnel, the US-led coalition against the Islamic State of Iraq and the Levant (ISIL or ISIS) has said.

“One US civilian contractor was killed and several US service members and Iraqi personnel were wounded in a rocket attack [on Friday] on an Iraqi military base in Kirkuk,” the coalition said in a statement.

“Iraqi Security Forces are leading the response and investigation,” it added, without specifying who might be responsible for the attack.

US interests in Iraq have been hit by a flurry of rocket attacks since late October that have not been claimed, but which Washington has blamed on Shia paramilitary groups backed by Iran, which wields growing influence in the country, particularly through armed groups.

3. FG to withdraw the military from volatile spots in 2020

The Federal Government will gradually withdraw military operations in some volatile spots in the country, beginning from the first quarter of 2020. The withdrawal of troops will be done after an “assessment” to determine areas where peace has returned to enable civil authorities to assume full control of security.

The decision was reached during a Security Council meeting, which ended at the Presidential Villa, Abuja, around 1.50 pm. The President, Muhammadu Buhari, presided over the session. The Council decided that in place of the military, the Nigeria Police Force, which has the primary responsibility of providing internal security, will assume its duties fully in such areas.

A rhino thought to be the oldest in the world has died in Tanzania, aged 57. Fausta, an eastern black rhino, was first sighted in the Ngorongoro crater in 1965 when she was three. She roamed the crater freely for more than 54 years, but health issues in her old age required her to spend her final few years receiving specialist care in a sanctuary.

Fausta never had calves – something conservationists in Ngorongoro suggest may have contributed to her long life. By 2016, Fausta’s eyesight was deteriorating and she was suffering from the lingering effects of hyena attacks.

The eastern black rhino is listed as critically endangered. Its numbers are dangerously low because the animals are often poached for their horn – however, numbers are increasing.

“The referee should have stopped the game after getting in the way of a pass which led to Manchester City taking the lead on their way to victory over Sheffield United,” says Blades boss Chris Wilder.

The visitors were upset Sergio Aguero’s goal was allowed to stand because referee Chris Kavanagh was in the way of John Fleck who miscontrolled the ball, which allowed Kevin De Bruyne to set up the Argentine.

De Bruyne added the second as Sheffield United lost away from home for the first time since 19 January.

“I’ve been to see the referee and he has been honest about it. We make mistakes and I believe he made one too,” Wilder told the media. 9ice wife news.

The 10 Most Defining Nigerian Fashion Moments Of The 2010s