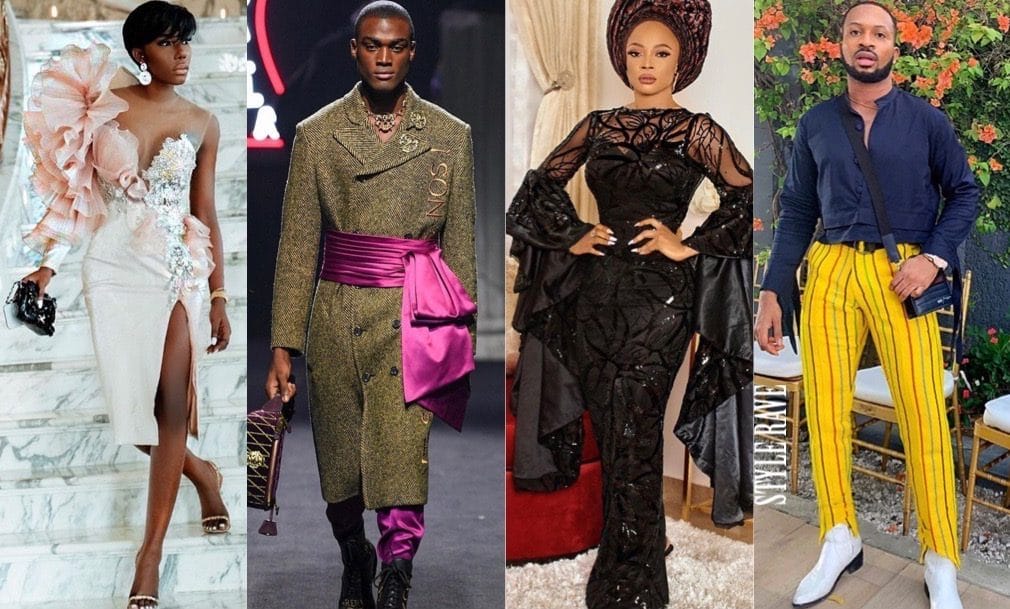 It seems just like yesterday when we were all screaming “Happy New Year” to usher in the year 2010. So it’s still somehow hard to believe that a new decade now lies just hours ahead. The 2010s have been full of sartorial milestones and the Nigerian fashion industry has had its fair share of these “moments.”

Throughout the 2010s, the Nigerian fashion industry has been defined by revolutionary moments that flipped the script on traditional Nigerian fashion: these moments include the birth of alternative fashion designs, a sudden rise in appreciation of African prints among millennials, an expressive turn in men’s fashion and more. Besides fashion, mental health was taken more seriously in this decade as phrases like a toxic work environment and self-care trickled onto the scenes.

In this same decade, who was wearing what became more important than the outfit itself seeing as representation began to matter a whole lot more. So much has happened over the 2010s and it is hard to remember all the moments that challenged the status quo but we have picked out the ten most memorable moments that no one can forget in a jiffy.

We are in no way claiming that this list is absolutely definitive, rather we are taking you down memory lane to recap just how far the Nigerian fashion industry has come in the 2010s.

1. The Ankara fabric got bigger than ever

Before this decade, aso ebi meant dressing up in lace or aso oke but millenials were not having any of that as they wanted to spice things up. The Ankara was one way to infuse this spice. Thanks in part to the fact that the African print is more versatile, affordable and colourful and can be manipulated to achieve many contemporary designs that the lace fabric just couldn’t.

A countdown of Nigeria’s most fashionable moments of the 2010s would not be complete without a mention of the rise in the style of Nollywood celebrities. As the role of fashion in personal branding became clear to women across Africa, Nollywood celebrities began to nurse a more intentional interest in fashion. Soon, being a stylist became a fast thing as Nollywood’s leading ladies turned to new age stylists to revamp their wardrobes.

The 35-year-old radio personality, television host, vlogger, lifestyle entrepreneur, author and actress has made a remarkable rise all-around and it remains fascinating to watch. In recent times, Toke Makinwa has been more of an efficient luxury fashion advertisement and a representation of what it means to use fashion and style as the ultimate form of self-expression and personal branding.

4. A surge in expressive fashion designers

With the growth in the number of stylists and the need for celebrities to look their best came a surge in expressive fashion designers. Throughout the 2010s, designers like Tubo, Style Temple, Orange Culture, CEO Luminee and Sheye Oladejo have consistently churned out pieces that could easily compete at a global level. 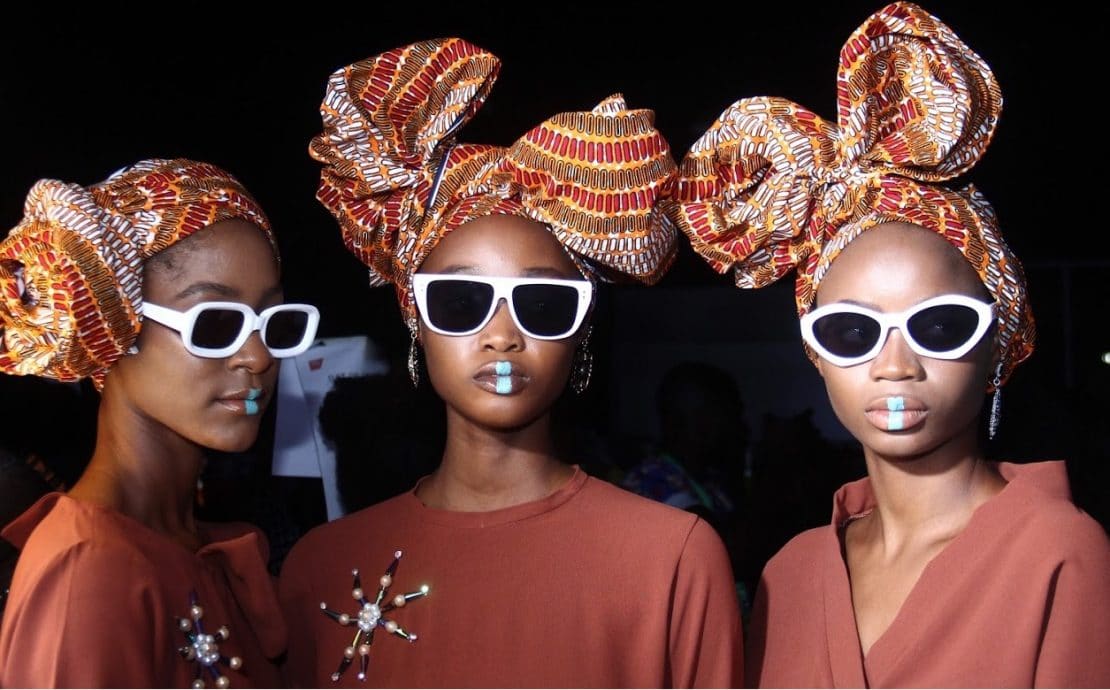 Prior to this decade, fashion weeks were something we watched on cable television. Soon enough, the Nigerian fashion industry caught up and this led to the birth of a number of fashion weeks such as Lagos Fashion Week, Africa Fashion Week Nigeria, Arise Fashion Week and GTB Fashion Week to mention but a few. With the measurable successes of these fashion weeks, the international fashion community soon realised that Nigeria could no longer be ignored on the global fashion scenes.

As fashion weeks multiplied in their numbers so did Nigerian models with a good number of them gaining international recognition as major runways finally had a decent influx of models of colour. Some of the Nigerian models who have gained global recognition during the 2010s include Mayowa Nicholas, Davidson Obennebo, Victor Ndigwe, Eniola Abioro, Olamide Ogundele among others.

7. The rise of digital fashion magazines 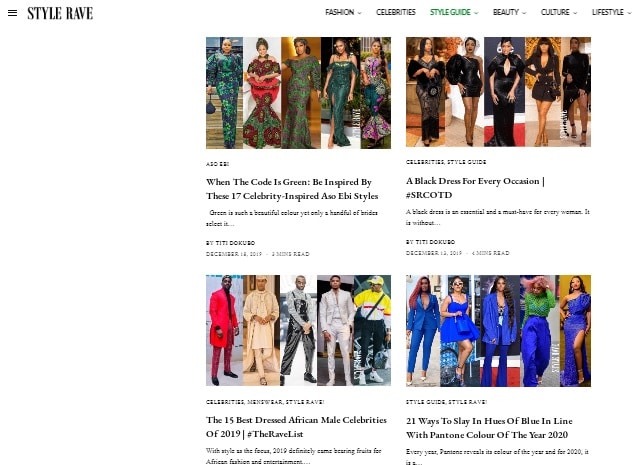 During the 2010s, the use of mobile phones increased with Nigerians owning two or more phones at the same time. This also led to an increase in the use of social media and the internet. With this, print fashion magazines soon started fading out as more Nigerians consumed their fashion contents within the digital space.

You best believe that Style Rave is one of the best things to have happened in this decade of online fashion consumption. The millions of women across the world who we continue to inspire daily can attest to this.

What began as a way to brag that you were at the most talked-about concert became a daily stream of fashion moments and trends and turned us all into models playing along, often lucrative style game. In this decade, Instagram hands down is the biggest change agent to the industry.

Everyone wants to create Instagrammable moments but the question now is: how much of it is too much?

9. Influencers: The birth of a new set of fashion players

With the rise of Instagrammable moments came the birth of influencers. This became a career aspiration instead of a word that wasn’t actually in the dictionary. The latter years of the decade witnessed the growing importance of this new set of fashion industry players as social media influencers began to get paid to promote fast fashion brands like Fashion Nova and Miss Lola, who in turn laughed all the way to the bank.

Especially in the last few years of this decade, the women were not the only ones stealing the scenes as Nigerian men also stepped up their fashion game. Men soon started playing with colours, becoming more expressive with their looks and in some cases, even blurring out gender lines.

How will all of these play into the next decade? Well, we can’t tell exactly what the future holds but we know for sure that the Nigerian fashion game is going to get even fiercer. Expect more celebrities to step up to the plate, more expressive menswear designs and styling and continuous advancements in the Nigerian fashion industry as a whole.