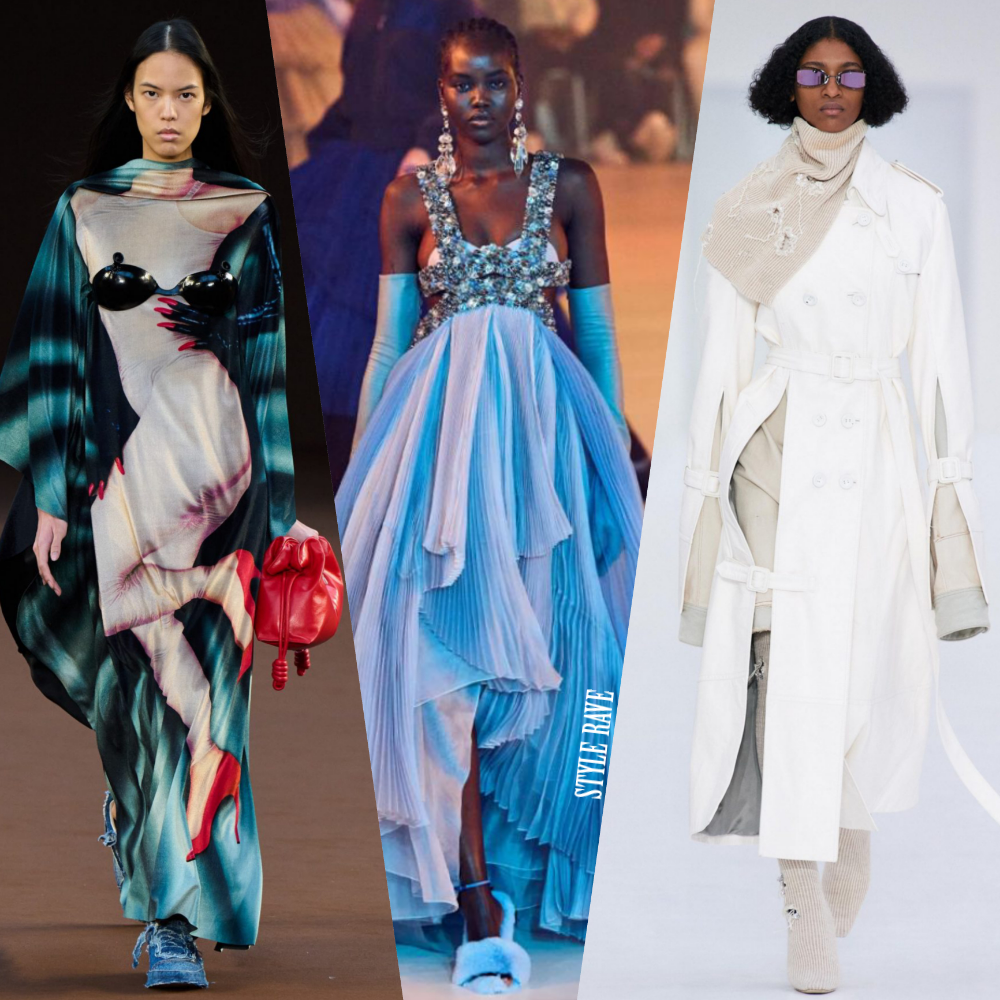 ashion month always saves the best for last. In the City of Lights, Paris Fashion Week closed out a month-long fashion events with beautiful collections and star-studded runways. Paris Fashion Week fall/winter 2022 began on Monday, February 28, 2022, four days after Russian forces began their invasion of Ukraine, an assault led by Vladmir Putin that has seen more than 1.3 million people flee the country’s borders and attacks on civilians in cities including the capital Kyiv, causing devastating loss of life.

However, fashion has provided an escape, and has also offered a socio-political reflection of the world around us. And so, just as Giorgio Armani marked the outbreak of war with a Milan Fashion Week show on February 27, in total silence, in Paris, Ralph Toledano, president of the Fédération de la Haute Couture et de la Mode, released a statement advising people to “experience the shows of the coming days with solemnity, and in reflection of these dark hours.”

There were a series of firsts as well. Among them was the debut Paris show of NYC label Vaquera, which brought voluminous shapes, 1980s bodysuits, profusions of sequins, tinsel and leopard print to the opening day of shows. The Row and Cecilie Bahnsen also presented runway shows for the first time in the French capital. Paris Fashion Week 2022

From Dior, where Rihanna made a jaw-dropping appearance, leaving people surprised, to A-listers walking at Off-White, and Botter designers Lisi Herrebrugh and Rushemy Botter paying tribute to their Caribbean culture in innovative ways, shows are safely returning to their pre-COVID glory. Paris Fashion Week 2022

Hair Wonder! The Shocking Benefits Of Curry Leaves For Your Hair