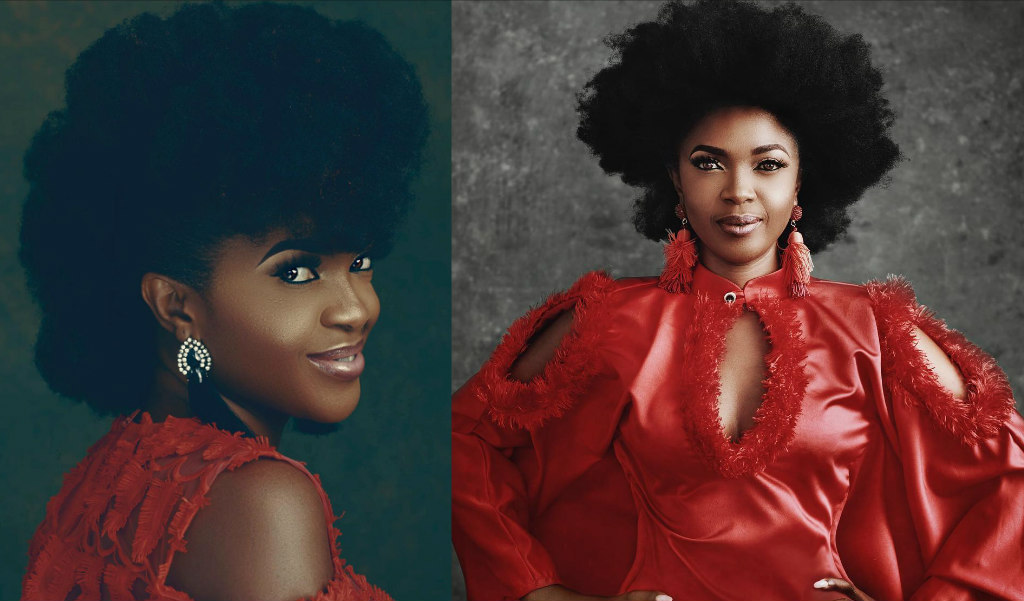 Omoni Oboli needs no introduction as she’s built a successful career in Nollywood as an actress, scriptwriter, director, producer, trained digital filmmaker (New York Film Academy) and a fashion designer. The stunning wife and mother of three boys is definitely one of the most talented Nollywood actresses and if you have seen the movie ‘Wives on Strike’, then you know that she really needs no further introductions.

The First Lady as she is popularly called turns 40 on the 22nd of April and she has already begun a 40 days countdown by releasing stunning images of herself on the Gram while being thankful as she grows into a new decade of her life. In the photos, Omoni Oboli rocks her signature natural hair in a bun, mohawk and freestyle Afro. Her beautiful hazel eyes pop out against her glam makeup looks and she seals the looks with a ‘smize’ that translates that life has been good to her.  You’ll agree that youthfulness has been kind to the star girl as sure doesn’t look a day older than 25!

See how stunning she looks! Feisty! Would You Try The Bold Spiked Nail Eyebrow Trend?