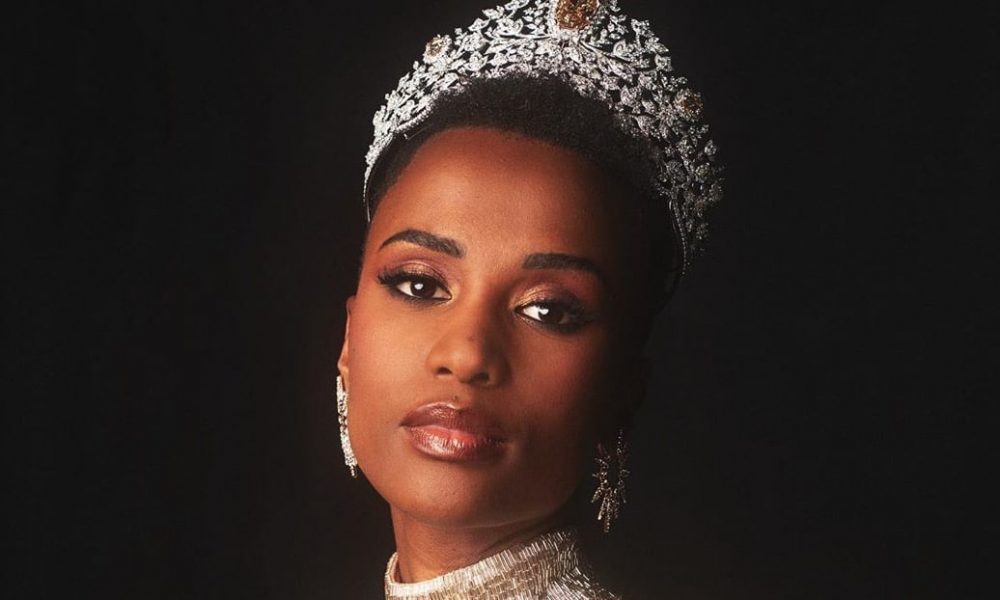 Miss South Africa has won the Miss Universe 2019 competition. Zozibini Tunzi took the crown on Sunday 8th December, 2019 at the Tyler Perry Studios in Atlanta, Georgia at the end of a telecast hosted once again by Steve Harvey.

Zozibini becomes the third South African to be crowned Miss Universe and the first black woman to win since Leila Lopes was crowned in 2011. Former Miss South Africa Demi-Leigh Nel-Peters won in 2017 while Margaret Gardiner was crowned in 1978. 26-six-year-old Tunzi is from Tsolo, South Africa and she is passionate about encouraging natural beauty and crusades against gender bias. In her closing speech, a new segment in the competition, the 26-year-old spoke of breaking colour stereotypes and wanting to empower young women:

“I grew up in a world where women who look like me with my kind of skin or my kind of hair are not considered to be beautiful, I think that it is time that this stops today. I want children to look at me and see my face, then see their faces reflected in mine,” Zozibini Tunzi said on stage before she was crowned Miss Universe 2019.

Before the moment of truth, the competition was down to a face off between Miss South Africa and Miss Puerto Rico.

“Being on the Miss Universe stage is not just a dream” Anderson said. “I believe that I found my mission. It’s a representation of dedication, resilience and perseverance. I do believe my mission is to show the world that magic happens when we refuse to give up because the universe always listens to a stubborn heart.”

Tune in to @foxtv NOW to see who is your next #missuniverse!!!

The final announcement was made to thunderous applause and people waving the South African flag in the audience. The 26-year-old teared up as she was crowned Miss Universe – a defining moment for global acceptance of black beauty.