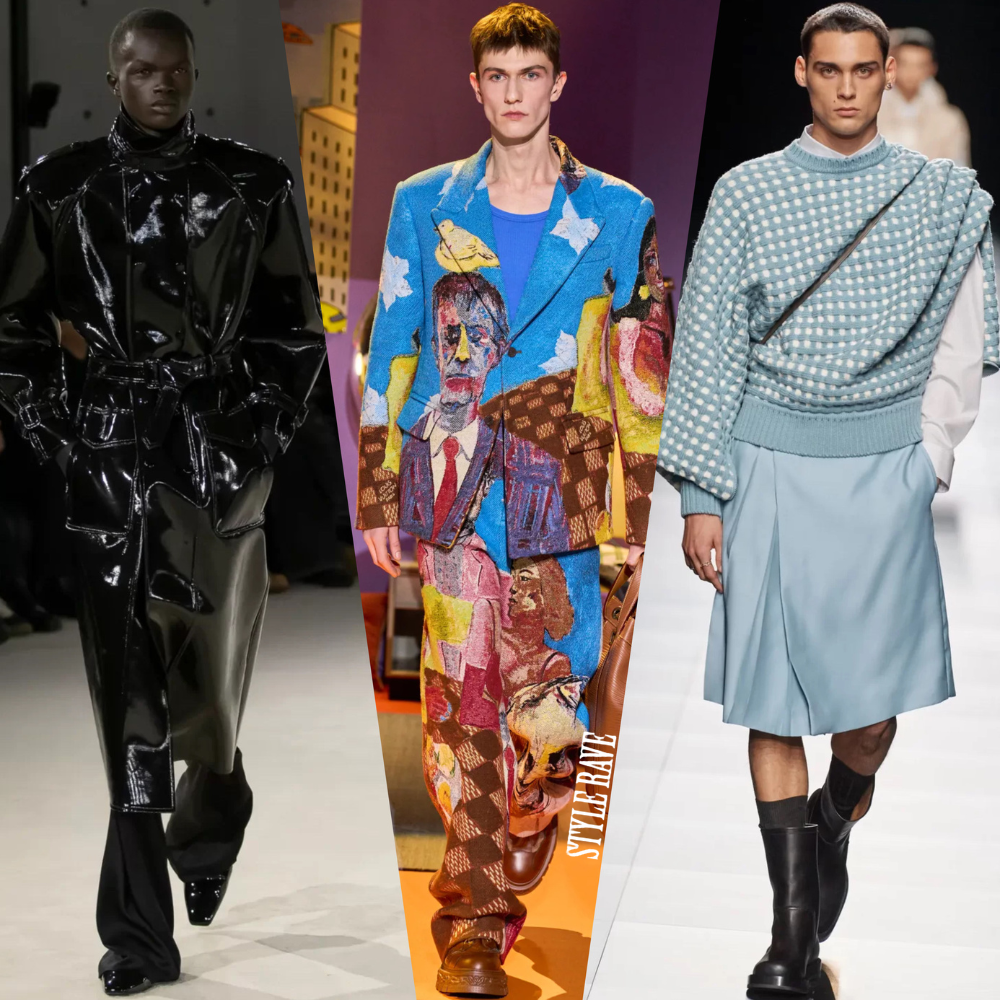 Designers are already into Men’s Fashion Week for fall 2023 as they kick off the new year. In other words, we’re already anticipating the brisk winds of next fall even while the freezing snow remains centerstage.

Men’s Fashion Month kicked off in Milan from January 13–17. Included in the high-fashion lineup were Gucci, Fendi, Prada, Maison Margiela, and Saint Laurent, to name a few. Most designers this season explored the dialogue between what is deemed “traditional” for men and “traditional” for women in their menswear shows. The audience was left wondering why the sartorial gender binary even exists as a result of the gender inclusivity of several of the presentations.

The fall 2023 season of Men’s Fashion Week has been defined by significant events. Gucci debuted its first collection on Friday, January 13, following Alessandro Michele’s announcement of his resignation from the company, which he converted into a maximalist, gender-neutral global phenomenon after being named creative director in 2015. Although there has been no statement on his replacement, business insiders are eagerly awaiting one. In the meantime, collections are being crafted by an in-house team of designers.

Martine Rose, a designer from London, made her debut in Florence the day before. Presenting as Pitti Uomo‘s guest designer (this year’s opening designer of Paris Fashion Week; another British contemporary, Grace Wales Bonner, previously had that position), Rose put a righteous spin on the typical menswear silhouette.

The fun concluded in Paris from January 17–22, a packed six-day schedule that encompassed the city’s storied names—among them Hermès, Dior, and Givenchy. In the City of Love, Louis Vuitton showcased their vibrant collaboration with Colm Dillane, the artist and designer better known by his stage name KidSuper. This is another Maison that has yet to name a successor since Virgil Abloh’s death in November 2021.

Designers like Dolce and Gabbana added glitzy accents of adornment to everything from blazers to shirts and pants to swaths of sequins and delicate beaded and crystal flowers. Focusing on modern tailoring, Armani’s last collection of black eveningwear pieces, some of which sparkled with sequins, was a brilliant display. Meanwhile, Fendi experimented with draperies and slenderly adorned tailoring.

The big shoulder is another trend in menswear this year. The Men’s Fashion Week demonstrated that extra-large shoulder coats and jackets still have some life left in them. The coats and jackets at Gucci’s show were a significant look. In the meantime, Prada’s large shirts and Fendi’s boxy blazers took cues from 1980s power dressing.

All the rave this season is double-breasted tailoring. The traditional menswear style was seen in the fall 2023 collections of Etro, Louis Vuitton, and Brioni, and it is a must-buy this season. One of designers’ first cult items, the fur-lined backless loafer, made a comeback during the Gucci presentation. Fur purses added to it, and for Armani, fur lapels made a strong statement. At the Men’s Milan Fashion Week, JW Anderson, D&G, and Fendi also made a tribute to fur-trimmed coats. The most recent collections from brands like MSGM, Vetements, Gucci, and others include casual, oversized pants with a grunge influence.

Top celebrities and influencers from all over the world attended these shows and displayed their love for each of their favorite brands. The streets of Milan and Paris felt the presence of Giveon, Idris Elba, Usher, Tyga, amongst others.

Check out the top shows from Men’s Fashion Week 2023, which will inspire your fall wardrobe no matter your personal style. With tailored suiting and ’90s-inspired details, these fashion houses have presented runway collections for fall that will challenge not only your wardrobe but the way you think about clothing in general.