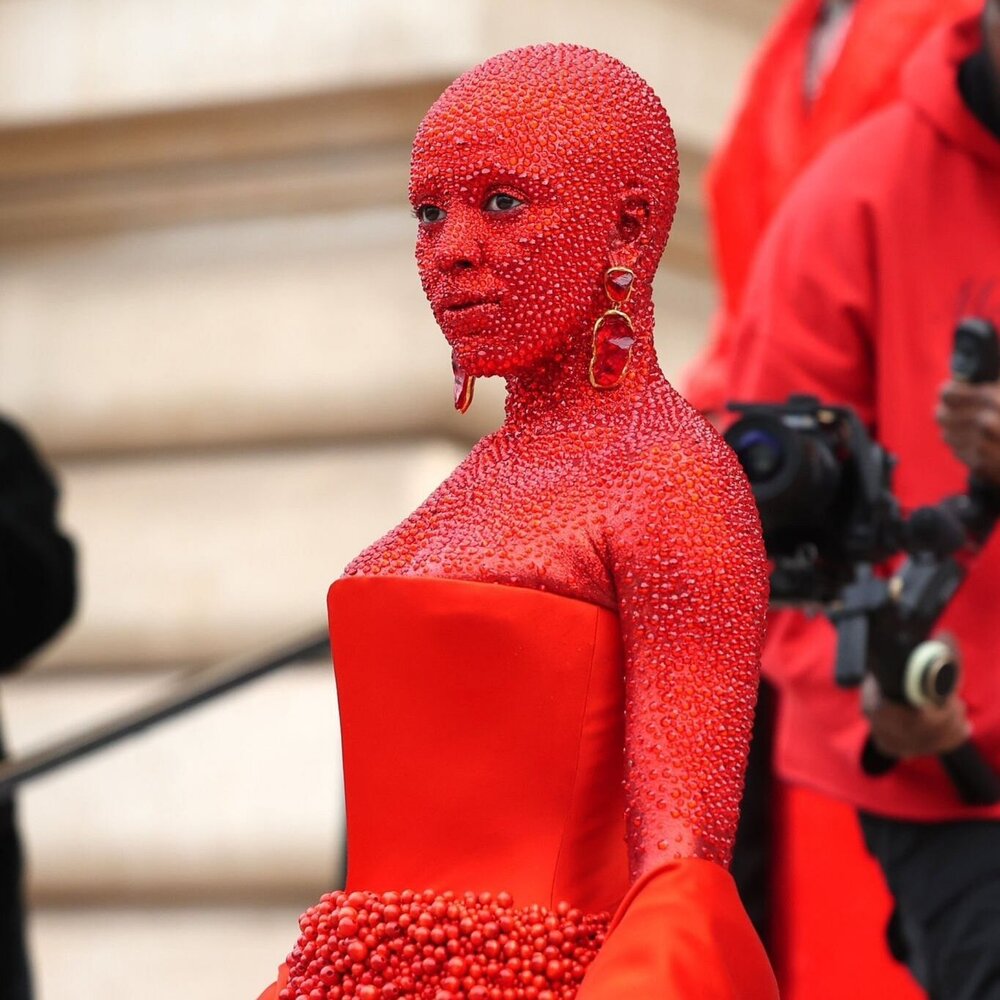 Doja Cat makes a grand entrance during Paris Fashion Week, Omah Lay teases upcoming single, Lampard has been sacked by Everton. Stay in the know with our Rave News Digest which summarizes five of the hottest global news you need to catch up on, saving you time and energy. Consider it your daily news fix.

Doja Cat is breaking the internet with her latest look at Paris Fashion Week. On Monday, the rapper and singer-songwriter commanded attention when she arrived at Schiaparelli’s 2023 Spring/Summer Haute Couture show adorned in 30,000 Swarovski crystals. According to reports, the eye-catching look for the first day of Haute Couture Paris Fashion Week was achieved by makeup artist Pat McGrath.

“Collaborating with the incomparably talented Doja Cat and Daniel Roseberry was an absolute pleasure,” McGrath shared with the media about the look she describes as “shimmering, scintillating, and subversive.” The MUA explained that the glam, which featured 30,000 hand-applied Swarovski crystals, took nearly five hours to achieve. The star completed her look with a Schiaparelli red silk bustier, a handknit skirt with lacquered wooden beads, crimson boots, and matching chandelier earrings.

Nigerian superstar Omah Lay has previewed a new single as he prepares for the release of the deluxe edition of his debut album, “Boy Alone.” On Sunday, January 22, Omah Lay took to his Instagram story to preview an unreleased single. The single is set to appear on the deluxe version of his 2022 “Boy Alone” album. The previewed song packs familiar pop elements and an infectious melody that have made Omah Lay one of Afrobeats’ most exciting talents.

“Boy Alone,” which was released in July 2022, has enjoyed critical success as well as commercial appeal. Omah Lay has continuously teased a deluxe version of the album, which he says will be released in 2023. While there’s no release date yet for the album, the previewed song will surely raise anticipation.

3. South Africa: AKA won’t be performing at Cotton Fest in Joburg

We couldn’t come to an agreement but I wish them nothing but the best!! Get your tickets now!!! https://t.co/OCWFZfjFaq

It’s exactly two weeks before cotton eaters gather for another edition of the late Riky Rick’s Cotton Fest, but AKA has shared he won’t be joining them. The line-up was recently announced, and the “Lemons (Lemonade)” star was surprisingly missing. Taking to his Twitter timeline on Sunday, the rapper replied to a fan who tweeted the festival organizers, asking why the rapper wasn’t on their list. “We couldn’t come to an agreement but I wish them nothing but the best! Get your tickets now,” he said.

The festival is taking place in Newtown, Johannesburg, on Saturday, February 4, with a line-up featuring more than 160 artists, both young and established, performing live across three stages.

Australian actor Chris Hemsworth, known for playing Thor across the Marvel Cinematic Universe, is in Kenya. Hemsworth shared photos of him and his family enjoying time at a national park in the East African country.

Frank Lampard has been sacked by Everton, as expected — official club statement to follow 🚨🔵 #EFC pic.twitter.com/TzPqLqs6Gb

Everton has sacked Frank Lampard following the Toffees’ damaging Premier League defeat to West Ham this weekend. Lampard’s side suffered a 2-0 defeat to the Hammers at the London Stadium, in a contest that had been dubbed ‘El Sackico’. The result left Everton languishing in the Premier League relegation zone, two points adrift of safety, and the club’s under-fire board has taken the decision to give Lampard his marching orders.

Owner Farhad Moshiri, who made a rare appearance at the West Ham game where he bizarrely claimed sacking Lampard was “not his decision,”  met with other board members in the capital following the defeat. After those discussions, a decision was made about Lampard’s future. The manager’s departure is unlikely to quell unrest in the Toffees’ fanbase, though, with supporters taking aim at years of perceived poor decision-making from those at the top in recent weeks.

Former Wolves and Tottenham boss Nuno Espirito Santo, who is currently in charge at Saudi Arabian side Al-Ittihad, is among those being considered to replace Lampard. Sean Dyche, out of work since leaving Burnley at the end of last season, has also been tipped to take over at Goodison Park.