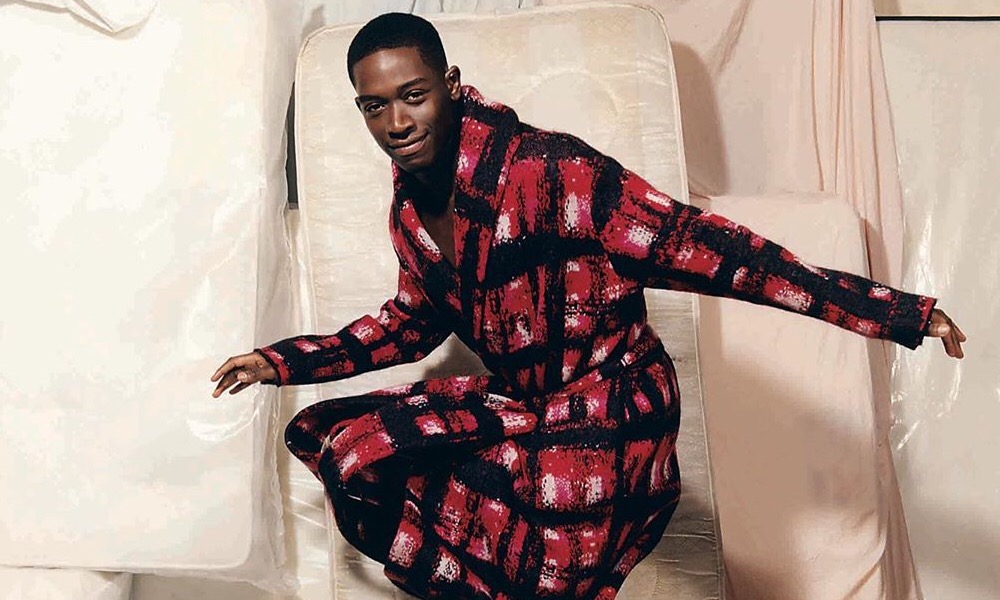 British actors in Hollywood are increasing by the number and rising star, Damson Idris, who covers the September issue of the Evening Standard magazine, is a part of that demographic.

The 28 year-old British-Nigerian actor currently stars as Franklin Saint in the series ‘Snowfall,’ which tells the story of the crack cocaine epidemic in California in the ‘80s and how it affected the culture and community – but he didn’t get here overnight.

The youngest of six children, Damson was raised by a single mother in Peckham, South London. In true traditional Nigerian fashion, his elder siblings – made up of three brothers and two sisters – ended up as professionals in the law, business and IT fields but Idris knew from early on that his course would be different. With dreams of becoming the next Cristiano Ronaldo, he invested his energy in soccer for a while but utlimately completed his drama studies at Brunel University, London, graduating with a Bachelors of Arts degree (Hons) in Theatre, Film and Television Studies.

His acting debut came when he landed a role in the award-winning play ‘Pandora’s Box’ by fellow British-Nigerian, playwright and screenwriter Ade Solanke. After Pandora’s box, Damson featured in more plays before eyeing TV and film roles. In 2016, he featured alongside Riz Ahmed in the 2016 British thriller, ‘City of Tiny Lights’ and in 2017, he made his debut into Hollywood in the movie ‘Megan Leaves.’

But Damson Idris’ big break didn’t come until later in 2017 when he got the role of Frankin Saint in the John Singleton crime drama, ‘Snowfall,’ which stars him as an ambitious 19-year-old drug dealer in Los Angeles. His performance has made him the most recent British actor to seamlessly embed himself in US primetime television and receive critical acclaim.

The next time we would be seeing Damson Idris on our TV screens will be in the British thriller ‘Farming’ set to be released 11th October. Based on the life of British-Nigerian actor and writer, Adewale Akinnuoye-Agbaje, the movie tells the story of a young Nigerian boy brought up by a white family in 1980 Essex. Farming also stars Genevieve Nnaji, Kate Beckinsale and Gugu Mbatha-Raw.

According to critics, Idris’ performance in this movie not only proves his versatility and rich talent but also solidifies the fact that he’s the actor to watch out for.

In a recent interview with the Evening Standard magazine, Damson reveals that he had to starve and isolate himself to perfectly fit into the role of Enitan, Farming’s main character. He also stated that he gave Adewale his blood and soul.

“I had to understand why Eni wanted to put talcum powder on his body [to appear white], why he wanted to scrub off his skin.”

With his success in Farming and Snowfall, Damson Idris has paved the way, along with John Bodega, for young black actors who dream of breaking into Hollywood while maintaining their cultural connection to London.

Naija To The World: 13 American Actors Of Nigerian Descent Making Strides On The Big Screen

Celebrating The Reach Of Star Actor, Leonardo DiCaprio At 46 + His Top 10 Movies