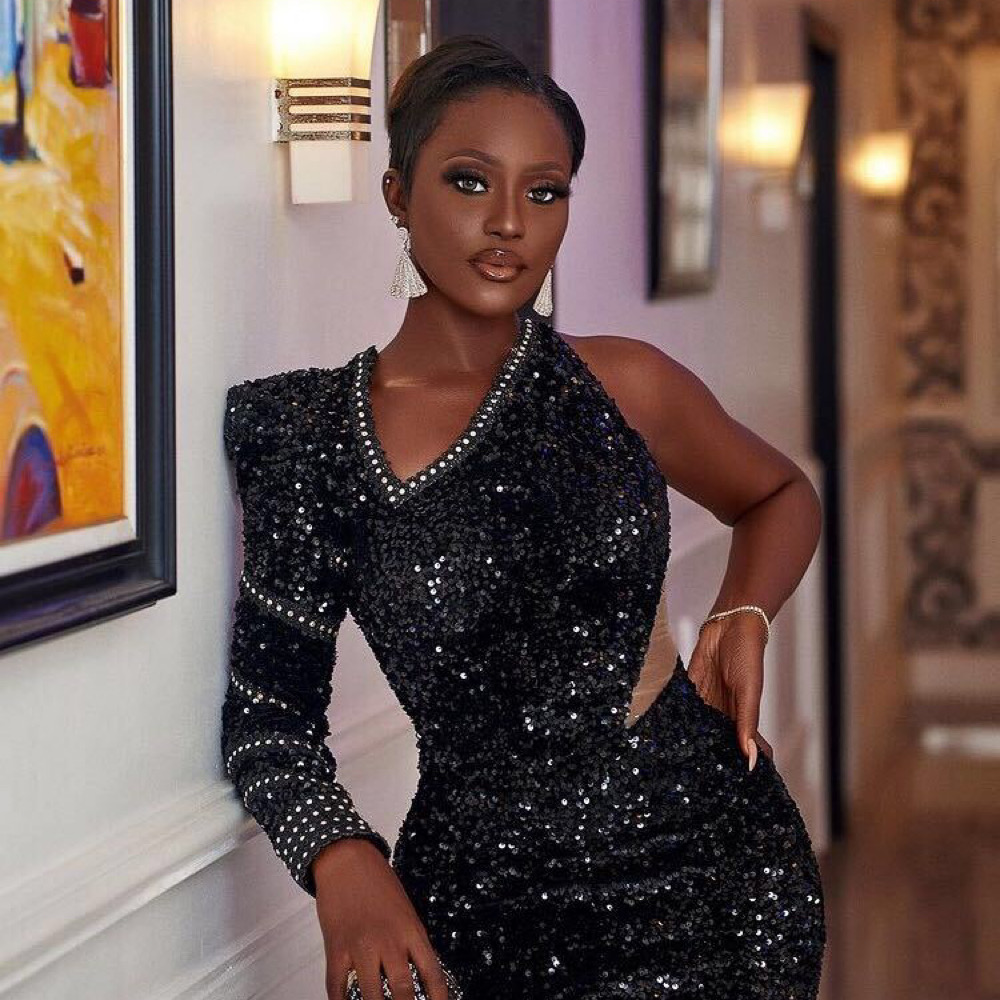 Excitement is in the air as actress and model, Linda Osifo who started the year by pushing her creative envelope in “Tanwa Savage” the movie, has continued to blaze the creative trail, this time in ‘Prevail,’ a gripping story of breakthrough and triumph over life’s woes. The movie premiered at the Filmhouse Cinema IMAX in Lekki Phase 1, Lagos on Friday, May 7, 2021.

Written by Saviour Kings Bob and produced by Darlington Abuda, Prevail is an intricate story of a good deal turned complicated when Dr. Lanre, a devoted Christian and the best surgeon in a private hospital––in a city where crime is the order of the day,––offers a bruised woman, Tracy Williams,––who claims to be running from her temperamental husband––a ride; unaware that she’s on a dangerous mission.

“I decided to play this particular role for two reasons: first of all, I’ve been wanting something more challenging and different from the usual roles I get and secondly, the storyline behind the character attracted me to this role.”

Prevail is a reverberating story of redemption and hopes of a better tomorrow as the story opens with a brutalized, hopeless, broken image of Linda Osifo who plays the leading lady ‘Tracy Williams’, known in the gang as Queen T, who grew up in the ghetto with lack of parental love––with her parents having died months before her sixth year birthday. In portraying a deeply troubled character such as Tracy, who got raped at eleven repeatedly by a guardian, dropped out of secondary school and ran into the streets to escape her predator; only to end up as an object of interest to the leader of a notorious gang of thieves who exerts his dominance over her; Linda throws herself into a role so challenging and stuns her audience with a side to herself so fierce, there is no difference between her as a person and Tracy, the character.

The Prevail plot centres around an infamous encounter between two people which will forever make or mar them in this enigmatic film which has messages of redemption, freedom, and the ability to break through any obstacles life may throw at you. According to the thespian, “I decided to play this particular role for two reasons: first of all, I’ve been wanting something more challenging and different from the usual roles I get and secondly, the storyline behind the character attracted me to this role.”

Directed by Umanu Ojochenemi Elijah, the gorgeous Edo state talent is magnetic on the screen and her interpretation of ‘Tracy’ is flawless. For a character who comes from a complex place, whose professional swindling, thievery, and lying cause her to do any and everything, her carriage throughout this spectacle though, reflects a woman in control, Umanu does an impeccable job in subtly revealing her vulnerabilities through her nuances.

With her latest work in Prevail, 2021 is a year in full bloom for Linda Osifo who has the stars aligning in pleasant places for her.

How To Rock Puffy Sleeves In Full Pomp And Poise: 30 Looks + Styling Tips!

How To Rock The Blazer Dress Trend In Ultra-Chic Accord: 25 Looks + Style Tips