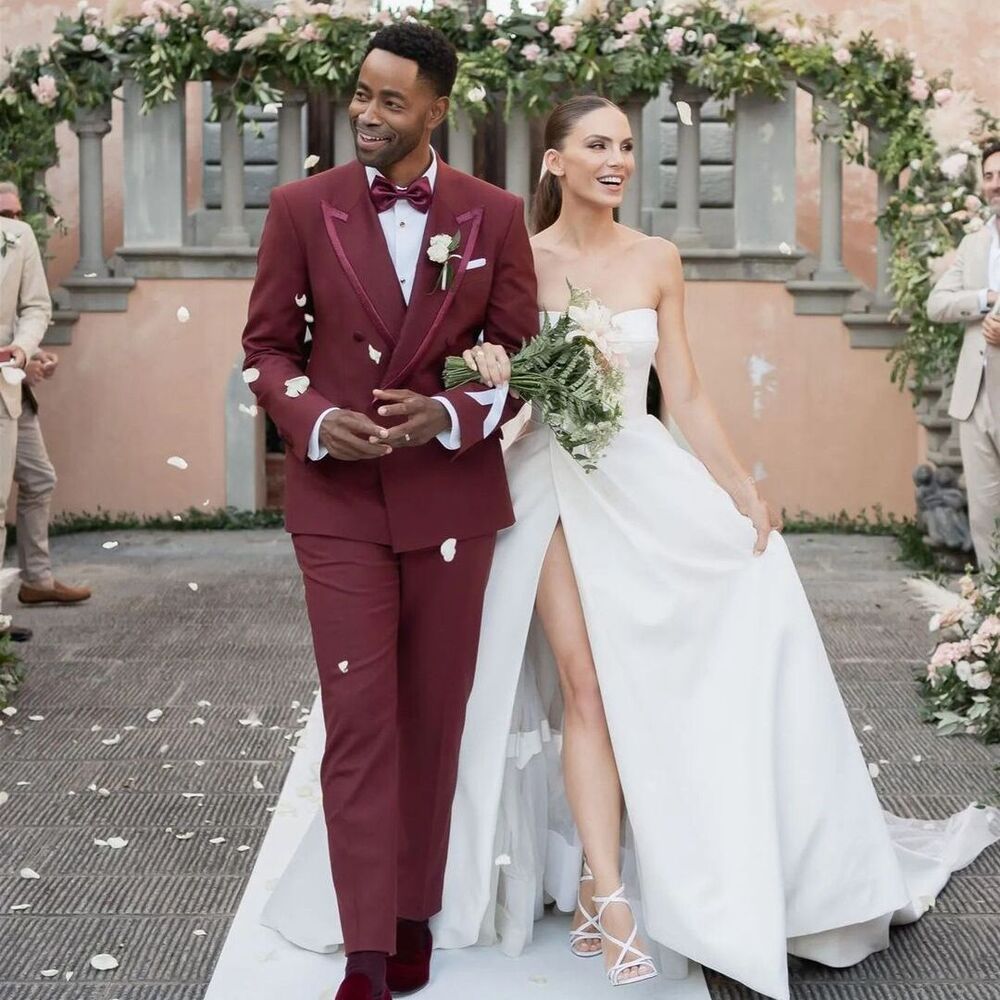 7 Menswear Summer Trends That Are Ruling The Streets This Season

Actor Jay Ellis marries Nina Senicar, MI Abaga announces date for his upcoming album, Mbappe unveiled as FIFA 23 cover star. Stay in the know with our Rave News Digest which summarizes five of the hottest global news you need to catch up on, saving you time and energy. Consider it your daily news fix. Jay Ellis Wife

“Top Gun: Maverick” star Jay Ellis married Nina Senicar in Italy more than two years after the actor proposed to his now-wife. “July 9th, 2022 … Per sempre 💙” the Insecure alum, 40, wrote via Instagram on Monday, July 18, alongside a photo of him and the actress, 36, walking through a garden at Villa Mangiacane in Tuscany, where they tied the knot.

For the big day, Senicar chose a strapless Dolce & Gabbana ballgown with a thigh-high slit, while Ellis rocked a custom burgundy tuxedo from the Italian brand. The big day fell two years after their original wedding date, which they were forced to postpone due to the coronavirus pandemic. The ceremony was officiated by their mutual friend Tony Mancilla, who introduced them, and their 2-year-old daughter, Nora Grace, served as flower girl.

Veteran Nigerian rapper and label executive MI Abaga has announced that his upcoming album “The Guy” will be dropping on 19th August 2022. The multi-award-winning rapper revealed this in a tweet on Tuesday, July 19th. “Prepare to meet The Guy. August 19th, 2022,” MI tweeted alongside a promotional video for the album. “The Guy” will be MI’s 7th solo album and it has been touted to be his best album yet.

Since it was released in May, “Last Last” has enjoyed massive domestic and international success and its Billboard debut further proves its growing popularity in America. The tune is one of the songs off the Grammy-winning artiste’s latest album “Love, Damini” which has also enjoyed impressive patronage in the US and the UK in its first weeks. Jay Ellis Wife

For the 3rd year running, @KMbappe is on the @easportsfifa cover for #FIFA23. pic.twitter.com/YvkQflmfYj

Kylian Mbappe has been revealed as the cover star for FIFA 23, with the Paris Saint-Germain forward serving as the face of the game for a third successive year. The 23-year-old is still considered to be the leading talent of his generation, and his goals propelled PSG to the Ligue 1 title in the 2021-22 season. Mbappe was also named as a cover star for the FIFA 23 Ulitmate Edition, but is sharing that honor with Chelsea Women star Sam Kerr — who has become the first female player to appear on the cover of the popular EA Sports game.

Mbappe followed in the footsteps of star names such as Virgil van Dijk and Eden Hazard when he was chosen to be the face of FIFA 21 — his first time appearing on the front cover of the game. The forward was given the honor once again for FIFA 22 and has now completed a unique hat-trick, one year short of a run enjoyed by his PSG team-mate Lionel Messi while at Barcelona for FIFA 13, 14, 15 and 16. Manchester United legend Wayne Rooney still holds the record for the most consecutive cover appearances between FIFA 06 to 12.

7 Menswear Summer Trends That Are Ruling The Streets This Season