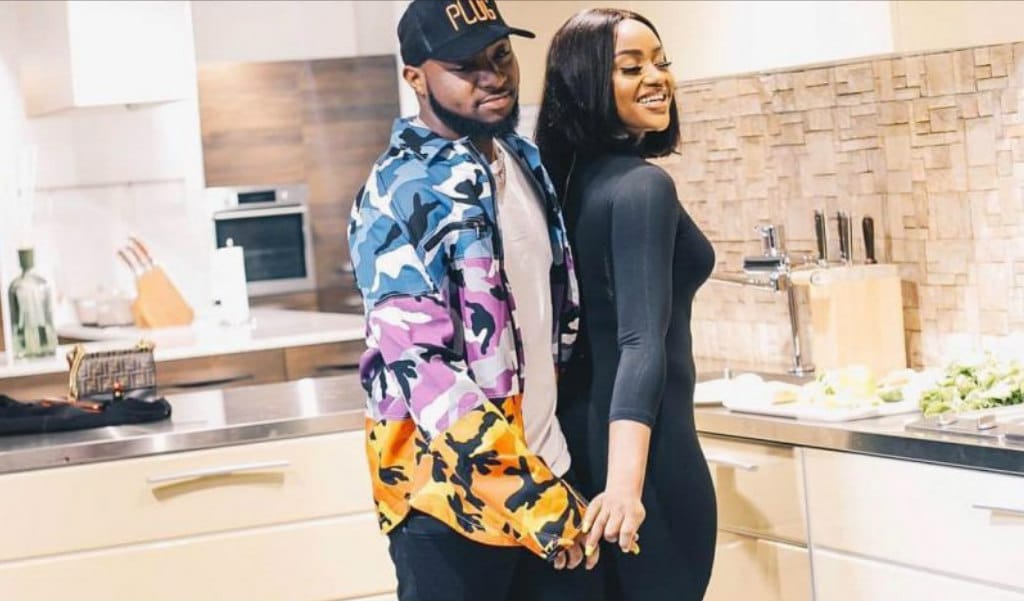 It’s official guys, Davido and Chioma have done their introductions and we are so excited for them. Born David Adedeji Adeleke, Davido has been dating Chioma Avril Rowland for over 5 years. He took to Twitter in 2018 to reveal this fact when he was being interrogated by fans on his timeline: “If 5 years is sudden then ok.”

Their relationship had been on the low before 2018 when Davido, 26, publicly professed his love for Chioma, 24, and even released the hot single, Assurance as inspired by her. From then onwards, their relationship became public as they were seen everywhere together with Chioma reportedly taking a break from school to go on tour with him. Even though it is rumoured that Chioma is pregnant with the couple’s first child, we can’t take away the fact that she has consistently supported the father of two.

Announcing their intro with a single photo of Davido, his father, Chioma’s parents and other family members, Davido captioned: “First of all INTRODUCTION…” Chioma was noticeably missing from the group photo but judging from the smiles in the picture, we can conclude that all went well at the ceremony.

Fans and fellow celebrities haven’t spared a second congratulating both Chioma and Davido on their Instagram pages. Davido’s big brother, Adewale Adeleke, who is also engaged joined well-wishers as he took to Instagram to congratulate the couple, commenting: “So happy! Love you both @thechefchi @davido official #chivido2020.”

With their traditional introduction out of the way, we can’t wait to see who Chioma would be wearing for her wedding to Davido. Davido took to his Instagram story to announce the couple’s official wedding hashtag, captioning: “Get ur TRADS READY!! #CHIVIDO2020 ♥♥♥♥.”  Fans are expecting the couple to have a big wedding, befitting of their status as Nigeria’s number one celebrity couple of the moment.

Prior to their introduction, Chioma who is a chef has always had a keen sense of style as she dresses for her curves. Davido, on the other hand, is not afraid to break the fashion rules and takes risks with his style. Together, their style would make anyone wish they could turn up with their boos looking all shades of stylish.