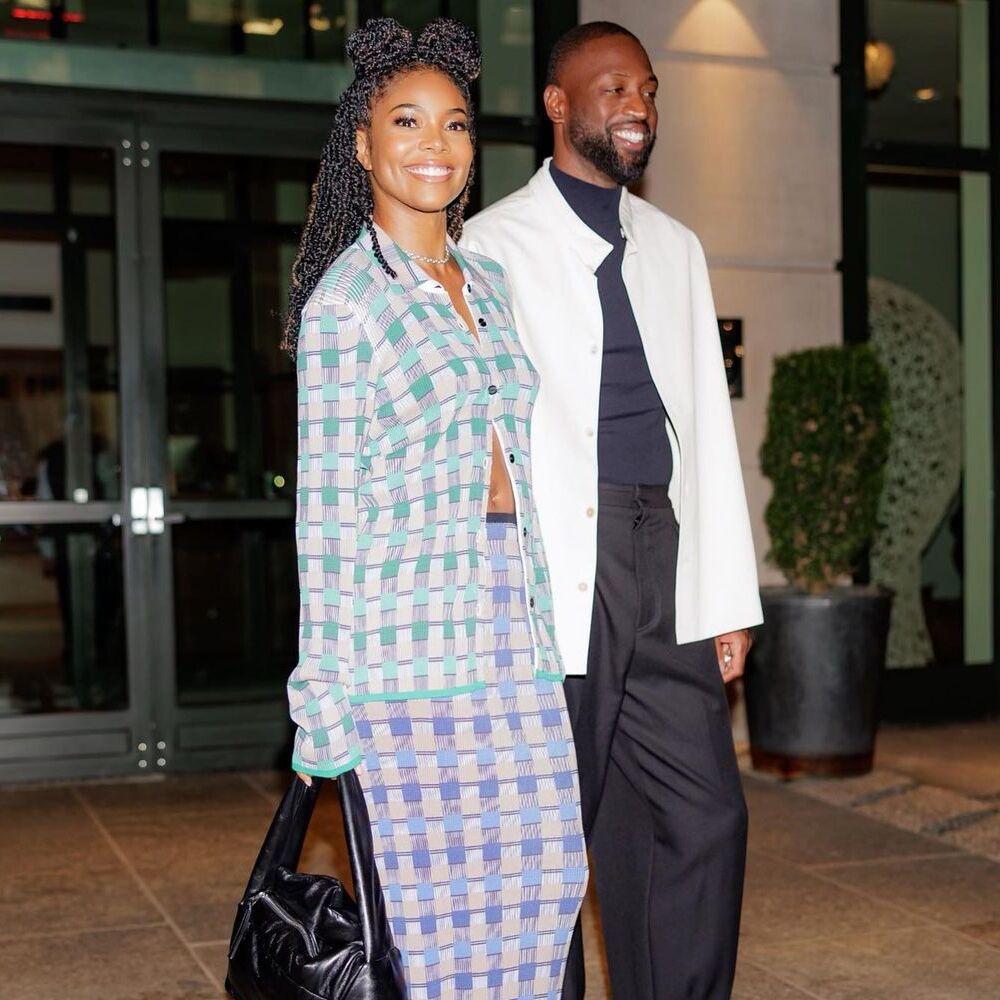 Gabrielle Union and Dwyane Wade in Ghana, Davido and Chioma reportedly lose son, Ifeanyi, Pogba out of World Cup. Stay in the know with our Rave News Digest, which summarizes five of the hottest global news you need to catch up on, saving you time and energy. Consider it your daily news fix.

Actress, producer, and author, Gabrielle Union and her family have arrived in Ghana for a visit to the West African nation. Union and her retired NBA Champion husband, Dwyane Wade were given a warm welcome following their arrival before they attended the enstoolment of author and founder, Diallo Sumbry as Development Chief of the people of Nyame Bekyere, a community between Adawso and Koforidua in the Eastern Region of Ghana. The ex-athlete has been given the name Akwesi Safo and his wife, Akosua Safo as part of the welcome rites.

Wade and his actress wife, alongside their daughter, are on a tour of the continent, with Ghana being one of their destinations. The family has already visited Zanzibar, where they celebrated Gabrielle’s 50th birthday.

In the early hours of Tuesday, November 1, 2022, news of the death of Davido’s son Ifeanyi Adeleke circulated on Twitter with users hoping it was untrue. According to the news that circulated on social media, Ifeanyi, who clocked 3 eleven days ago, fell into a pool where he was found drowned. He was later rushed to a hospital in Lekki where he was confirmed dead on arrival.

The news of Ifeanyi’s death was first brought to the attention of Nigerian actress Eniola Badmus who posted a cryptic message of a heartbreak emoji on her Instagram story before it was later deleted. Similarly, media personality Daddy Freeze also suggested the news might be true when he shared that he won’t be having his usual live session tonight because of the painful loss suffered by someone close to him. As of the time of filling this report, Davido’s family is yet to confirm the news of his son’s death.

Our condolences go out to his parents and family members. May God grant him eternal rest.

DJ Zinhle has lauded her husband, Bongani “Mörda” Mohosana for making his solo debut. After changing his stage name from Murdah Bongz to Mörda earlier this year, he confirmed that his pursuit of solo endeavors did not mean he and Thabo Smol of Black Motion were parting ways. This past Friday, Mörda released his 10-track project titled “Asante,” named after his daughter with DJ Zinhle Jiyane. Zinhle took to her timeline to congratulate him on his venture.

“My beautiful and talented husband dropped his first solo project today, a 10-track album named after our daughter Asante. I’m so proud of you @murdahbongz, congratulations my love!” she wrote. In another post, Zinhle recalled how confident and calm her partner was before the release. “It was raining that night and his willingness to stay in the rain and pray is the reason I love and support him. He takes nothing for granted. He gave his whole heart to this album,” she wrote.

Kanye West is taking a moment to apologize for his comments regarding the death of George Floyd, alleging that it was caused by fentanyl use. In a long-winded 16-minute video shared by WmgLab Records on YouTube on Saturday, October 29, the artist and entrepreneur addressed the domino-effect financial fallout amid his Floyd and antisemitic remarks that were seen on social media platforms and heard in interviews.

“When the idea of Black Lives Matter came out, it made us come together as a people. I said that, and I questioned the death of George Floyd, it hurt my people. It hurt Black people,” he said. Continuing, “I want to apologize for hurting them [sic] because right now God has shown me by what Adidas is doing, and by what the media is doing, I know how it feels to have a knee on my neck now. So I thank you, God, for humbling me and letting me know how it really felt. Because how could the richest Black man ever be humbled other than to be made to not be a billionaire in front of everyone off of a comment.”

5. Agent confirms Pogba is out of World Cup

Paul Pogba will miss the Qatar 2022 World Cup due to new injury, confirmed by his agent Rafaela Pimenta. 🚨🇫🇷 #Pogba

Pogba has not played one single official game with Juventus since he signed the contract last July. pic.twitter.com/nn13g6xGIX

Rafaela Pimenta, the agent of Paul Pogba, has confirmed that the Frenchman will miss the upcoming World Cup in Qatar after picking up a thigh injury in training. The midfielder was trying to make a comeback from a knee injury that had thrown his involvement into doubt in the first place. Speaking to the press, Pimenta explained: “Paul would like to return as quickly as he can, but he has to arm himself with patience, work hard in these difficult times, and give his best to be back on the pitch for the fans and his team as soon as possible.”

Upon making his return to Juventus in the summer, Pogba suffered a knee injury in pre-season and has spent the time since recovering from surgery. The midfielder had been closing in on a return in previous weeks, with one eye on Qatar, but will now miss the tournament in which he proved integral to helping France win in 2018.