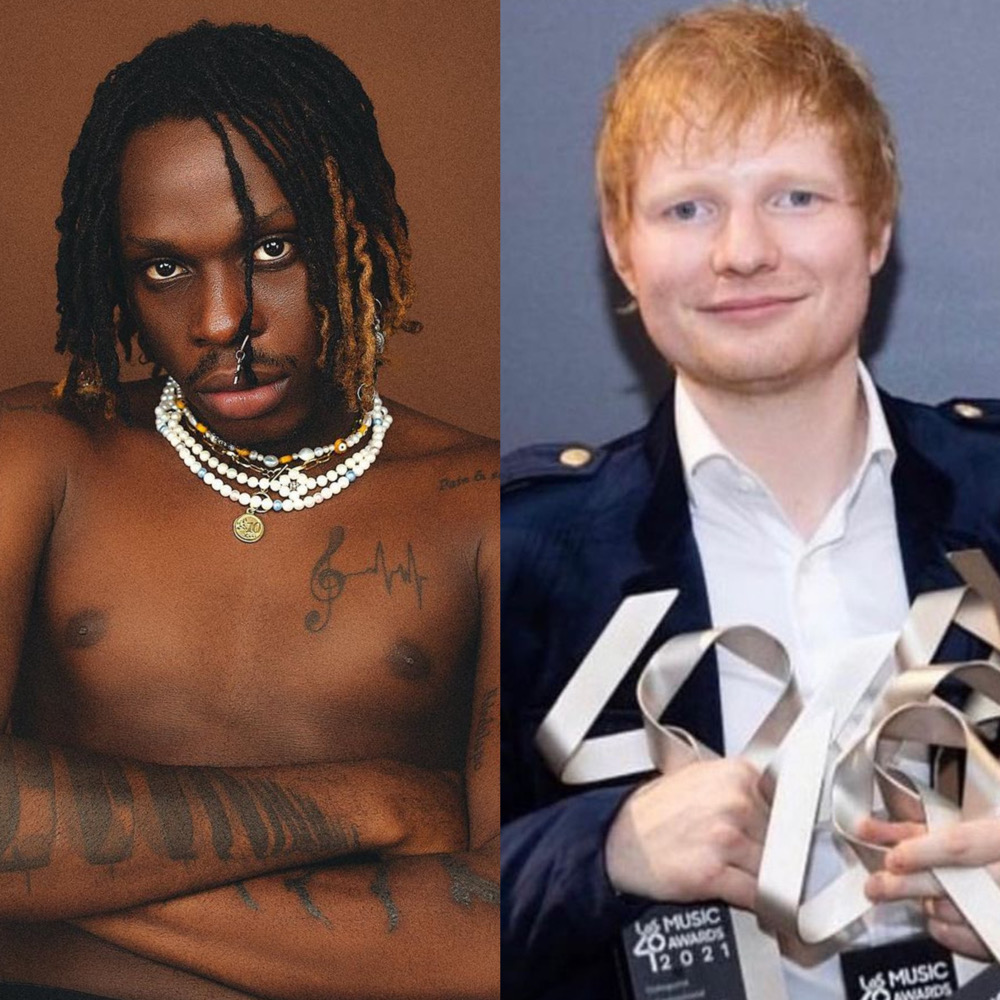 Ed Sheeran to feature on Fireboy DML’s Peru remix, Doja Cat texts positive for COVID-19, Aguero to announce retirement. Stay in the know with our Rave News Digest which summarizes five of the hottest global news you need to catch up on, saving you time and energy. Consider it your daily news fix.

Last weekend, Elton John welcomed Ed Sheeran to Rocket Hour on Apple Music 1, to discuss the release of the pair’s brand-new Christmas single, “Merry Christmas.” During the chat, Ed Sheeran and Elton teased details of his soon to be released remix of Fireboy DML’s Peru.

Speaking on how he got to work with Fireboy, Sheeran says that, “So I got sent this a week ago, to remix it. Someone, a friend of mine, Jamal [Edwards] who runs SBTV sent it to me. He said, “Fireboy DML would love you on the remix of this song.” And I’ve just found it really intriguing. So I recorded a verse for it… and it’s a song that’s blowing up in Nigeria and Ghana at the moment and their club scene runs over Christmas.”

Doja Cat tests positive for COVID for the second time

Before she tested positive for the first time, she had said, "I'm gonna get corona. Then I'm gonna get a Corona ’cause I don't give a f**k about corona, bitch!"https://t.co/0Xhrj2pn2a

Doja Cat has tested positive for COVID-19. The “Woman” hitmaker has been forced to scrap her performances as part of the iHeartRadio Jingle Ball Tour in December, after catching the virus along with members of her production team. She told fans on Instagram: “As most of you probably heard earlier, a few members on my production team tested positive for COVID-19 and I had to cancel a couple of my upcoming performances as a safety precaution.

“Unfortunately, I’m sad to share that I just tested positive as well and will no longer be able to perform on the rest of the iHeartRadio Jingle Ball Tour.” The 26-year-old rapper admitted her “spirits are down” because she is missing out on the festive concerts, but she reassured her fans that she is “doing OK.”

I just won Artist of the Decade and CR7 just scored yet another goal for Manchester united!!!! Choose your GOAT WISELY!!!!

Cassper Nyovest has won the highly coveted “Artist of the Decade” at the SA Hip Hop Awards. The race for the prestigious prize was certainly a tough one. Not only was he up against some serious competition, but he also needed the support of his fan base to clinch a win.

Cassper overcame tough competition, which featured the likes of his rival AKA, K.O, Emtee, Kwesta and A-Reece. An excited Cassper reacted to the news and tweeted that he had won the prestigious award.

4. Koffi Olomidé cleared of rape but guilty on separate charge

An appeals court in France has cleared Congolese rumba musician Koffi Olomidé of sexually assaulting four of his former dancers, but convicted him on a separate charge. It overturns a ruling from two years ago that had found him guilty of the statutory rape of one of the dancers when she was 15.

Olomidé, though, was given a suspended 18-month sentence for holding the dancers against their will, at a villa outside Paris between 2002 and 2006. He was also ordered to pay them compensation.

?? Sergio Aguero is set to announce his retirement from football on Wednesday due to a heart condition….

What a sad end to an unbelievable career… ?? #MCFC pic.twitter.com/192R7zKl8C

Sergio Aguero is set to announce his retirement on Wednesday less than six months after joining Barcelona, reports say. The 33-year-old has struggled with injuries and health problems since moving to Spain, making only five appearances for the Catalan side.

In his final game, on 30 October, he was substituted and taken to hospital after experiencing “chest discomfort”. Aguero finishes his career with 427 goals in 786 games.