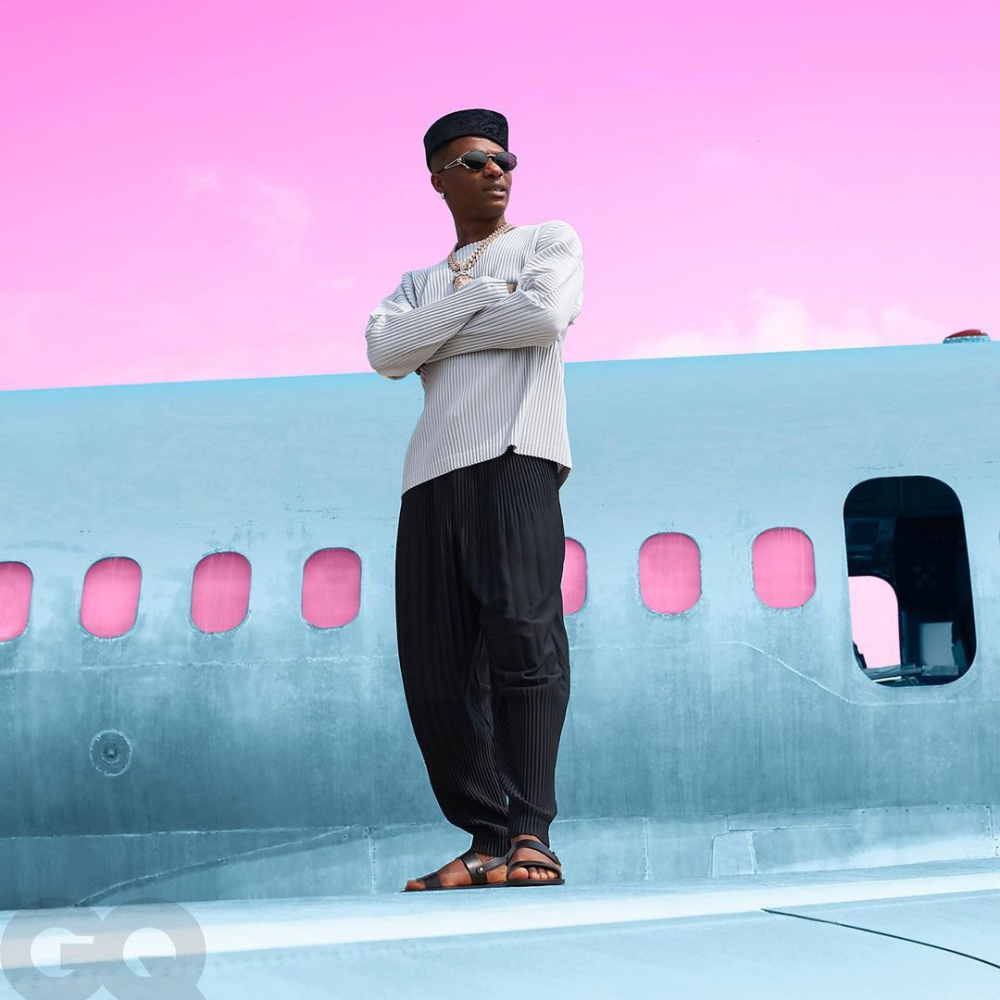 Wizkid’s Essence reaches top 10 on Billboard Hot 100 chart, Kim Kardashian’s Saturday Night Live debut, Iheanacho nominated for goal of the month. Stay in the know with our Rave News Digest which summarizes five of the hottest global news you need to catch up on, saving you time and energy. Consider it your daily news fix.

.@wizkidayo's "Essence," featuring @justinbieber & @temsbaby, hits the top 10 of this week's #Hot100 for the first time.

It earns WizKid his second top 10 (after being featured on @Drake's "One Dance"), Bieber his 25th and Tems her first.

Essence, the song by Wizkid, Tems and Justin Bieber which has been dubbed the global song of the summer has become the first African song to reach the Top 10 on Billboard Hot 100 chart. Wizkid earns his second Billboard Hot 100 top 10 with Essence, following his featured turn with Kyla, on Drake’s 10-week 2016 #1 One Dance. Tems achieves her first top 10 with her first entry on the chart. She added her second charted title as featured on Drake’s Fountains, which debuted at its #26 peak on the September 18.

This comes after it was announced that Wizkid’s groundbreaking album, Made In Lagos, had hit one billion streams across all streaming platforms.

Congratulations to Wizkid and Tems on this milestone.

Kim Kardashian, sporting a hot pink catsuit, skewered everyone from her mom’s boyfriend to her famous sex tape and estranged husband Kanye West during her first turn hosting “Saturday Night Live.” She poked more fun at herself–from her sentencing reform work helping to free innocent people from prison, to her studying law, Kim is noting that she’s more than just a pretty face. In addition, she revealed that her passion for law stems from her following in her attorney dad’s footsteps.

The mother of four threw in a joke about Kanye’s failed bid for president, and her stepparent Caitlyn Jenner’s bid for California governor. Kanye accompanied Kim to New York for her SNL appearance on NBC. She filed for divorce in February after six years of marriage.

Will get auditions details soon.

Are you auditioning? #BBMzansi https://t.co/W3WA0cTrJc

Big Brother Mzansi is back as African entertainment giant Multichoice is working on bringing the reality TV show back on screen. According to social media expert, Phil Mphela, he reported on Twitter that sources have confirmed the return of the show, and details about the auditioning will be announced soon. “Multichoice is working on bringing the popular reality show back. Sources have informed me that a final brief on the status of the show’s return will be made today. No official audition channels have been approved yet,” he initially said.

Sharing an updated version of the news, Phil said: “Big Brother Mzansi is definitely 100% happening. Will get auditions details soon.” South Africans are super excited about the return of the show and people have taken to social media to express their perception and what they expect.

“I just want to write as trustfully as I can, without trying to say something noble."

2021 #NobelPrize laureate in literature Abdulrazak Gurnah's dedication to truth and his aversion to simplification are striking.

Tanzanian author Abdulrazak Gurnah has won the 2021 Nobel Prize in literature, the award-giving body said. The prestigious prize was awarded on Thursday by the Swedish Academy, which cited Gurnah’s “uncompromising and compassionate penetration of the effects of colonialism and the fate of the refugee in the gulf between cultures and continents.”

Born in Zanzibar and based in England, Gurnah recently retired as a professor of post-colonial literature at the University of Kent. He has published 10 novels and a number of short stories. He is best known for his 1994 novel “Paradise”, set in colonial East Africa during World War I, which was shortlisted for the Booker Prize for Fiction. Anders Olsson, chairman of the Nobel Committee for Literature, called him “one of the world’s most prominent post-colonial writers.” The prestigious award comes with a gold medal and 10 million Swedish kronor ($1.14m).

Kelechi Iheanacho’s goal against Millwall has been nominated for the Leicester City Goal of the Month award for September. The 25-year-old’s effort in the Carabao Cup third round fixture against the Lions made the six-goal shortlist that boasts two strikes from Jammie Vardy. Having been denied by George Long earlier, the Nigeria international player belted an unstoppable finish into the roof of the Millwall goalkeeper with two minutes of normal time left to seal a 2-0 triumph.

To claim this individual accolade, he faces a stiff challenge from Ayoze Perez, Harvey Barnes and U23 star Tawanda Maswanhise. Although he described the goal as “sweet”, he claimed he would have teed up the Zambian star who is yet to score for the East Midlands-based outfit following his move from RB Salzburg.