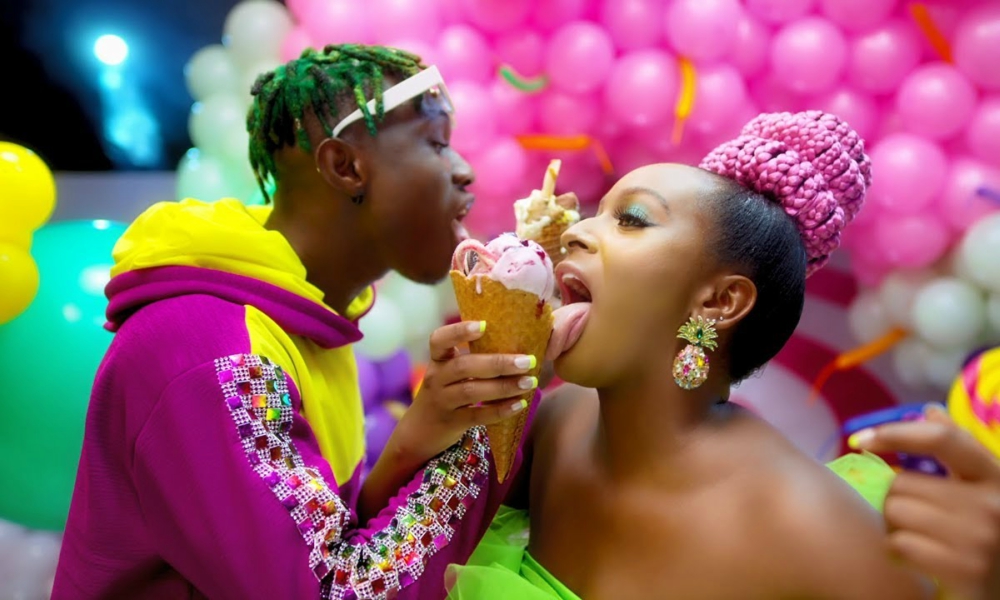 T his past week, the music industry gave us a bit of color with Florence Ifeoluwa Otedola aka DJ Cuppy’s Gelato video featuring Zlatan and a lot of romance with Nonso Amadi trying to convince his lover about his seriousness.

After making waves earlier this year with her dad, Femi Otedola as they made a stopover in Italy for some Gelato, DJ Cuppy wasted no time in releasing a single to this effect and now she has released the long-awaited visuals with Zlatan.

In the Gelato video which features Zlatan and Broda Shaggi, DJ Cuppy is styled in bright and beautiful colors. According to the press release, “the Gelato video is a grand entertaining piece that depicts Cuppy’s bubbly, cheerful personality and solidifies her position as the queen mother of the masses ‘Iya gbogbo street’.”

For the Gelato visuals, DJ Cuppy brings her colorful personality to play as she takes a trip to Candy land where herself, Zlatan and Broda Shaggi catch some cruise while having some of the world’s best Gelato!

While we are still enjoying his last release, Bolanle, Zlatan is back with a new single along the same line as Bolanle. This time, he talks about boyfriends that don’t take good care of their lovers. Zlatan wants the ladies to chase them all away as these are all “Yeye Boyfriends.”

The beef continues! This time A-Q decides to address Vector after he dropped his reply to M.I. Abaga. In Distraction 2, A-Q shared some facts about Vector that we weren’t even aware of. He says “In his diss response to M.I Abaga’s The Viper, Vector claimed he put me on. Stop with the lies. I know too much and will destroy you if you keep peddling these lies. This is Distraction 2.”

5. Nonso Amadi – What Makes You Sure?

Besides the amazing cinematography, Nonso Amadi in his latest track What Makes You So Sure struggles to convince his lover that he isn’t being unfaithful. The single is off his recent EP titled Free.