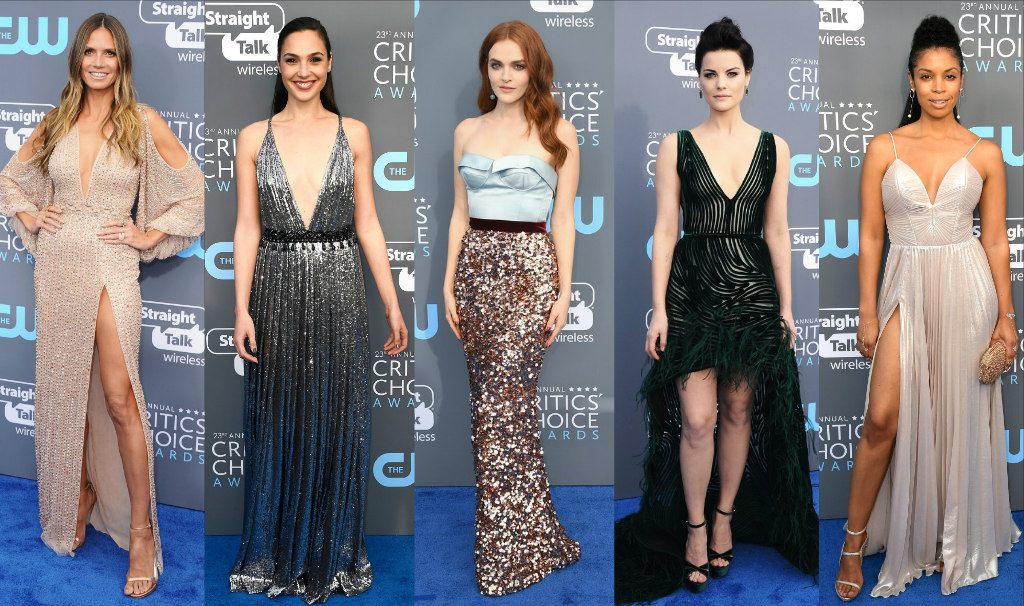 Ruggedman, Eniola Badmus, Chelsea Eze And Others To Star In The Maiden Edition Of A Reality TV Show Tagged ‘Celebrity Housemates’

Just days after movie and TV stars attended the Golden Globes, many are back for more celebrations at the 2018 Critics’ Choice Awards. The 23rd Annual Critics’ Choice Awards show which was held at the Barker Hangar in Santa Monica, California, was hosted by Olivia Munn with Gal Gadot receiving the 2018 #SeeHer Award for her critically acclaimed performance in Wonder Woman.

Seeing as the 2018 Golden Globes were a sea of black dresses on the red carpet, the Critics’ Choice Awards was remarkably different as stars arrived in bright pastel ensembles, white dresses which outweighed darker hues like black and navy while some actresses went slightly sheer and showed up in dresses with cutouts and slits up the hemline. Guillermo del Toro’s The Shape of Water had the most nominations and went away with the marquee prize, winning Best Picture. The Shape of Water and HBO’s Big Little Lies each had four wins to lead the way.

Best Picture: The Shape of Water

Best Actor in a Comedy: James Franco – The Disaster Artist

Best Actress in a Comedy: Margot Robbie – I, Tonya

Best Sci-Fi or Horror Movie: Get Out

Best Song: Remember Me From Coco

Best Adapted Screenplay: James Ivory – Call Me By Your Name

Best Visual Effects: War For The Planet Of The Apes

Best Actor in a Drama Series: Sterling K. Brown – This Is Us

Best Movie Made For TV: The Wizard Of Lies

Best Actor in a Movie Made For TV or Limited Series: Ewan McGregor – Fargo

Best Actress in a Movie Made For TV or Limited Series: Nicole Kidman – Big Little Lies

Ruggedman, Eniola Badmus, Chelsea Eze And Others To Star In The Maiden Edition Of A Reality TV Show Tagged ‘Celebrity Housemates’