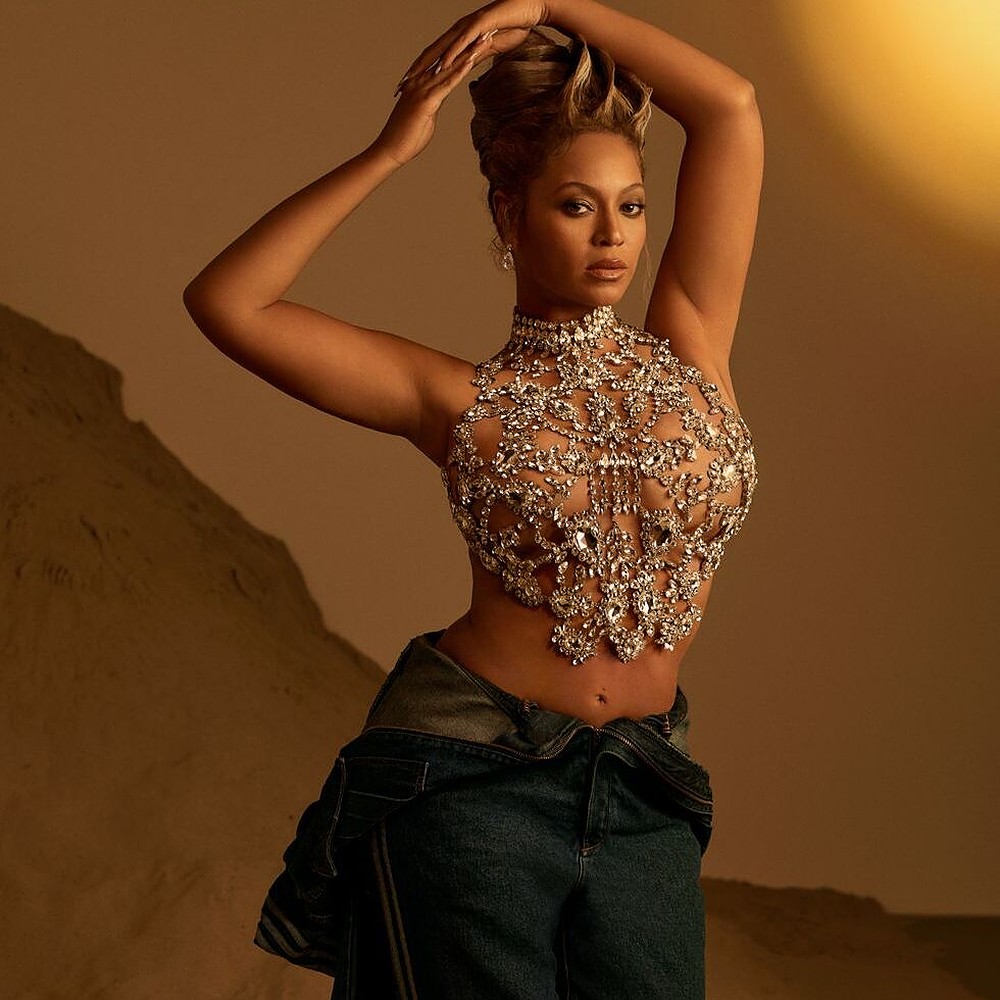 Known to be private, Queen Bey can sometimes surprise her fans with an interview or two. And this time, she’s decided to open up in Harper’s Bazaar’s September issue. Beyoncé is turning 40 next month–September 4–and was interviewed by Harper’s Bazaar to share her take on her journey and legacy thus far. The icon has rightfully earned the title of the greatest entertainer of our generation, but her titles also include mother, wife, sister, and someone who continues to fight for the impact she wants to have on the world.

Of course, the well-themed four covers were photographed by 2020 Forbes 30 Under 30 honoree, Campbell Addy and styled by Bazaar’s first Black editor-in-chief and 2021 TGU honoree, Samira Nasr. Beyoncé’s longtime stylist, Marni Senofonte also styled Queen Bey for the shoot alongside 2021 TGU honoree, Jawara who handled hair. Finally, makeup artist Francesca Tolot was also a part of the beauty team. Penned by Kaitlin Greenidge, the interview is titled “Beyoncé’s Evolution.” As such, it retraces the entertainer/entrepreneur’s roots, which tellingly also inspired not only the shoot but her rodeo-themed collection for Ivy Park x Adidas, due to drop August 19.

“This collection is a mixture of my childhood growing up in Texas and a bit of American history. I grew up going to the Houston rodeo every year.” Bey explains, noting that for the first time the collection will also include children’s sizes. “One of my inspirations came from the overlooked history of the American Black cowboy…They took their talents and formed the Soul Circuit. Through time, these Black rodeos showcased incredible performers and helped us reclaim our place in western history and culture.”

As an incredible performer herself, Beyoncé has arguably done the same. During the interview, one could immediately tell that Queen Bey is fueled by her dreams and, as she forecasts her future, still is.

Beyoncé said that the key to her overall well-being has been to focus less on dieting and more on her overall wellness, particularly her mental health. She told Harper’s that since her last tour, CBD has helped address soreness, inflammation, and insomnia. She also confirmed that she’s discovered the healing benefits of honey. That’s right. Queen Bey is now actually a Queen Bee, as she’s building a honey and hemp farm at her Bel-Air home.

“My health, the way I feel when I wake up in the morning, my peace of mind, the number of times I smile, what I’m feeding my mind and my body—those are the things that I’ve been focusing on,” Beyoncé told the magazine. “Mental health is self-care too. I’m learning to break the cycle of poor health and neglect, focusing my energy on my body and taking note of the subtle signs that it gives me. Your body tells you everything you need to know, but I’ve had to learn to listen.”

What will Bey’s fans see as the icon turns 40? More music, she promises. “I feel a renaissance emerging, and I want to be part of nurturing that escape in any way possible. I’ve been in the studio for a year and a half,” she says, noting that she’s spent the better part of our pandemic-induced quarantine in the studio. “Sometimes it takes a year for me to personally search through thousands of sounds to find just the right kick or snare. One chorus can have up to 200 stacked harmonies. Still, there’s nothing like the amount of love, passion, and healing that I feel in the recording studio. After 31 years, it feels just as exciting as it did when I was nine years old. Yes, the music is coming!”

Beyoncé likes her privacy. Queen Bey’s guardedness is intentional and she needed to protect her peace. Turning down interviews, never oversharing, and rarely discussing her personal life on social media is necessary according to the 28x Grammy-award-winning singer. “I’ve fought to protect my sanity and my privacy because the quality of my life depended on it. A lot of who I am is reserved for the people I love and trust,” explained Beyoncé to Harper’s Bazaar.

“In this business, so much of your life does not belong to you unless you fight for it. Those who don’t know me and have never met me might interpret that as being closed off. Trust, the reason those folks don’t see certain things about me is because my Virgo ass does not want them to see it….It’s not because it doesn’t exist!” continued Beyoncé in the interview.

As is appropriate for any B’Day girl, Beyoncé made a few wishes. “My wish is for my 40s to be fun and full of freedom. I want to feel the same freedom I feel on stage every day of my life. I want to explore aspects of myself I haven’t had time to discover and to enjoy my husband and my children. I want to travel without working. I want this next decade to be about celebration, joy, and giving and receiving love,” said Beyoncé. “I’ve done so much in 40 years that I just want to enjoy my life” she says, adding: “I have paid my dues and followed every rule for decades, so now I can break the rules that need to be broken. My wish for the future is to continue to do everything everyone thinks I can’t do.” Beyonce Harper’s Bazaar

“I’ve spent so many years trying to better myself and improve whatever I’ve done that I’m at a point where I no longer need to compete with myself. I have no interest in searching backwards,” she also notes. “The past is the past. I feel many aspects of that younger, less evolved Beyoncé could never [fuck] with the woman I am today. Haaa!”

#5. She and husband Jay-Z are the new faces of Tiffany & Co

Queen Bey revealed that she and her husband, Jay-Z are the new faces of LVMH-owner jewelry retailer, Tiffany & Co. According to reports, Tiffany is the only sponsor for Harper’s Bazaar’s September Icons issue.

The brand Tweeted to confirm the news, noting the over 21ct diamond she wears around her neck, but is yet to reveal more details of how the duo will fulfill their roles as Tiffany ambassadors.