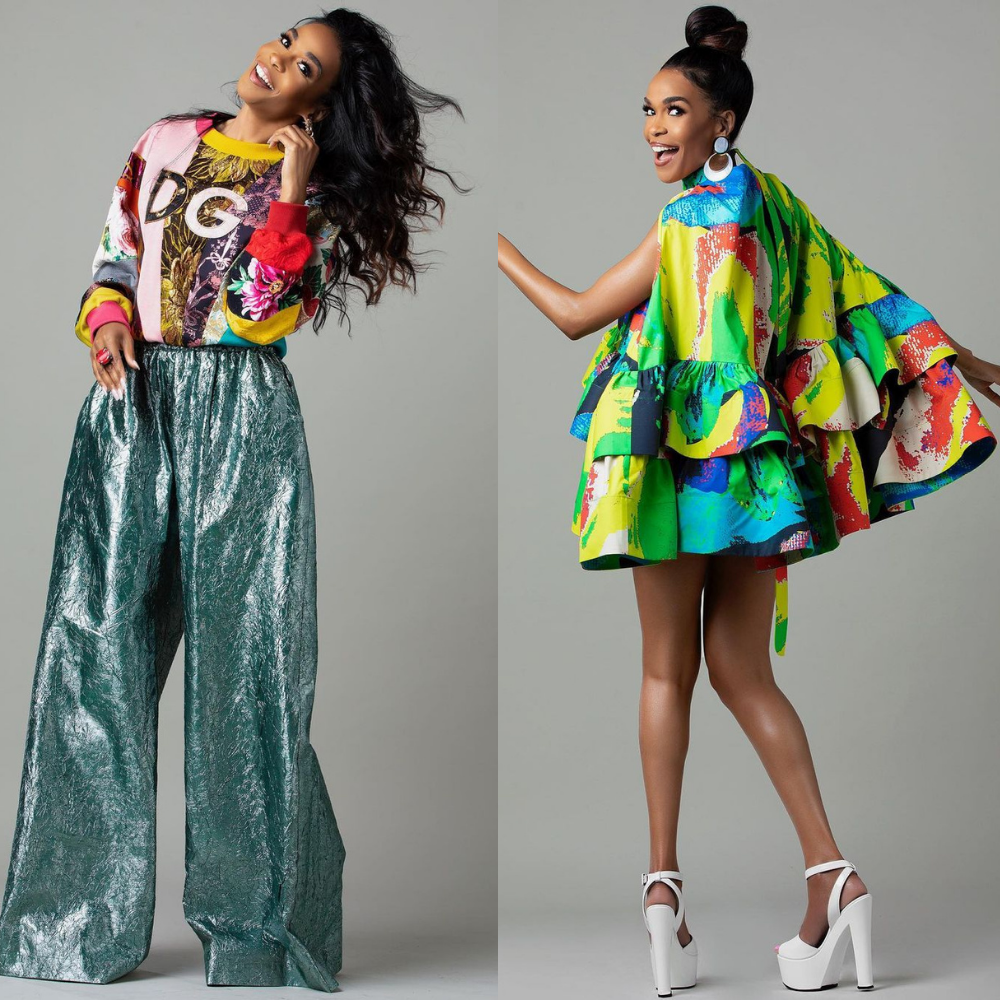 Born Tenitra Michelle Williams, Michelle Williams rose to fame in the early 2000s as the last member of one of the best-selling female groups of all time, Destiny’s Child. As she turns 42 today, July 23, there are a good number of reasons for the world to celebrate her birthday. For one, she has become one of the most vocal mental health activists of our time.

As we mark her day today, we are looking back at the impressive growth of the Grammy Award winning singer, songwriter, and actress––from before she became a member of Destiny’s Child until now.

Michelle was born on July 23, 1979, in Rockford, Illinois in the United States. Like former co-bandmates, Beyonce and Kelly Rowland, she started singing at an early age; at seven she was already active in her church’s choir. Michelle would eventually pause her passion for music to pursue a degree in Criminal Justice because she was unsure of a musical career. However, her passion for art took over just two years into college. In 1999, at just 20 years of age––after working as a backup singer to several artistes––she met with Destiny’s Child founding members, Beyoncé and Kelly Rowland during their search for new members. She was accepted into the group shortly after, alongside Farrah Franklin, replacing original members, LeToya Luckett and LaTavia Roberson.

In 2001, the group announced a temporary split to pursue personal projects, returning to work in 2004. She worked on four albums with the group, all of which were chart-topping albums before the group ultimately disbanded in 2006.

In 2002, Michelle released her debut solo album, a gospel album titled ‘Heart to Yours’. She had worked on this album while at Destiny’s Child and became the first member of the group to release a solo album. The album featured acts like Carl Thomas, Shirley Ceasar and the Mary Mary duo. In a statement during the album release, Michelle said, “Some people will do gospel when their career fails, but I chose to do it at the height of the popularity of Destiny’s Child. And I didn’t want to do it because it was a fad. I wanted to do it because it’s in me. It’s in my heart.”

Her first album was a chart-topper, debuting at #2 on the Billboards Gospel Chart and rising to the #1 spot. It became the highest-selling gospel album that year, earning her the MOBO Awards for Best Gospel Act. Riding on the success of her first album, Michelle recorded and released her second studio album, ‘Do you know’. The album peaked at a disappointing one-hundred-and-twenty on the Billboard Hot 200 Selling Chart.

Four years later, in 2008, Michelle released her third studio album, this time in the secular R&B/Pop genre. Before this, she had already begun featuring in stage plays and even became the first African-American to be cast in the West End Production of the musical, Chicago. In January 2013, Michelle Williams was announced as the latest cast member (as Sandra Isadore) of Fela!  the Broadway musical. She joined the Tony-nominated cast on a national tour that was scheduled to visit a total of 16 cities across the U.S.

Her latest solo album was a gospel/inspirational album titled ‘Journey to Freedom’  which she released in 2014 to critical acclaim.

In 2018, Michelle Williams starred alongside her now former fiancé, Pastor Chad Johnson in the OWN reality TV show, Chad loves Michelle. Towards the end of the first season, the couple announced their split after a year and a half of romance.

On December 7, 2018, the day she released her latest single, Fearless, she announced her breakup on her Instagram stories. She wrote, “I still remain fearless, I guess I still remain single! Things didn’t work out. The healing that needs to take place is a must! I don’t wanna destroy another relationship. Blessings to him, his family and ministry. #FEARLESS”

Michelle admitted that she had to break things off with her fiancé after a number of depressive episodes. She checked herself into a treatment facility in an effort to recover from the bout of severe depression. Her openness while dealing with an illness that many shy away from talking about has been both inspiring and empowering; especially for many Blacks, women and even fellow celebrities who’ve suffered silently from depression. This is one of the reasons we can’t help but love her.

“I thought I was over depression. I thought, ‘I’m good! I’ve got love, I’m working out,’” she said. “But I was so angry. The rage built up in me. I did not attempt suicide, but I was questioning [life],” Michelle said, speaking to People Magazine.

Michelle had struggled with depression and anxiety since she was in the seventh grade, at just 13 years of age, but only truly understood and got a diagnosis in adulthood when she was over 30-years-old. She revealed that fame helped stifle the effects of her mental health but it was only short-lived.

At the end of last year, she announced her memoir, “Checking In: How getting real about depression saved my life – and can save yours.” An accompanying podcast was released in December of 2020 and the book, only a few months ago; in May.

Checking In by Michelle Williams is available on Amazon and other major bookstores. Click here to get a copy.

Style Rave is committed to the advancement of mental health awareness and sensitivity in the global Black community. Read more of our articles on mental health topics.