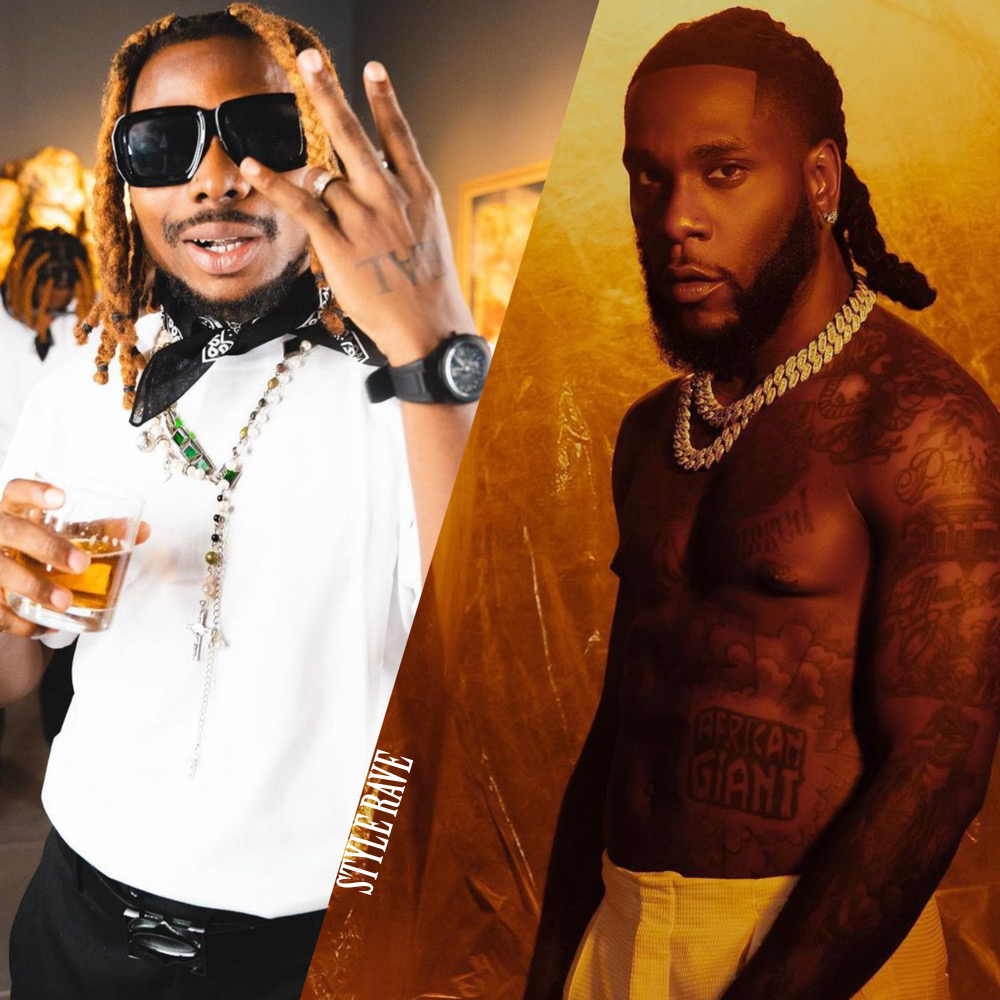 Music serves as a global unifier — it brings people from all over the world together even if they are rivals. Take, for example, YBNL’s Asake’s newly released Sungba remix featuring Burna Boy. The Nigerian release, which is blowing up airwaves across Ghana, has certainly brought Nigerians and Ghanaians together despite a very competitive week thanks to the World Cup Qualifiers which the Nigerian football team crashed out of.

Another Ghanaian Afrobeat singer who brought the two nations together is the new kid on the rise, Black Sherif whose new single, Kwaku the Traveler has had both countries exchange compliments about the musical acts from both nations. We’ve curated the five new and trending Afrobeat songs currently taking over the Afro airwaves. Enjoy!

YBNL’s new buzzing artist, Asake teams up with Grammy Award-winning artist, Burna Boy for the release of Sungba Remix. Produced by Magicsticks and released earlier in the week, the remix has been taking over the streets and airwaves. Just like every other street jam, the remix of the second track off Asake’s eponymous EP is an infectious record with raw lyrics, typically asking a lady not be shy and to flex because there is enough money to take care of her and in return, she needs to “Sungbalaja.” Sungbalaja in this context means to “spread” one’s self with reckless abandon.

One of Nigeria’s favorite recording artists, Joeboy, has released a new song titled Cubana to thrill his beautiful fan base. According to the afrobeat singer: “This is probably the most playful song I’ve ever released”, which serves as both a preview of his upcoming project due out later this year and an appetizer for fans ahead of this Spring’s tour dates.

Ghanaian rave of the moment, popularly known as Black Sherif opens his music account for the year 2022 with this super exciting euphony which he tags, Kwaku The Traveler. This particular record is sure to thrill anyone who pays attention to it. As is his trademark, on this new song, Blacko was inspirational and harnessed his amazing storytelling abilities which has made people fall in love with his music.

Gifted Nigerian artist and songwriter, Daniel Benson professionally known by his stage name BNXN and formerly known as Buju has released a spectacular and impressive potential hit love song titled For Days. This is quite an interesting melody that you wouldn’t want to miss out on. While the anticipation for the remix of Kilometre featuring Zinoleesky continues to build up, BNXN gives his fans something to hold on to.

Nigerian wordsmith, Zlatan, hit the studio once again with this record he tags Money, with vocal support from Nigerian global musician, Davido whose flavor was overwhelming in his verse part. This record is one of the hit tracks, which makes up his most recent album, Resan but was re-released as a single today along with its music video. This is highly unprecedented for an artist. Do you think Zlatan has something up his sleeves? Wait and see.