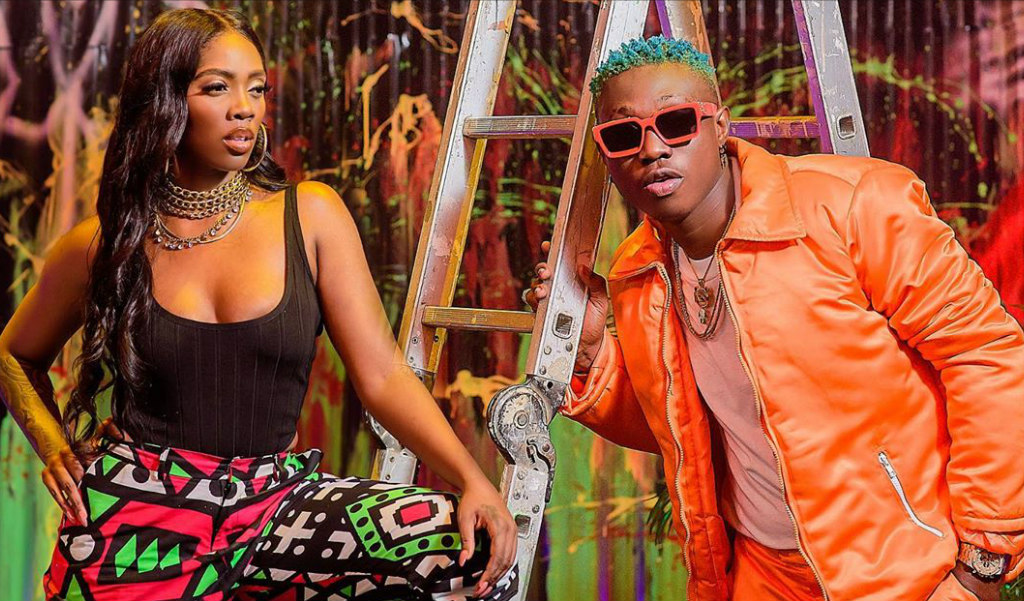 Weekends bring with it a promise of relaxation and a lot of catching up. While we are looking forward to Davido and Chris Brown blowing our minds with the soon to be released collaboration from the duo titled Blow my mind, we can at least stay up to date with the latest releases so far.

The Kapaichumarimarichopaco master, Zlatan Ibile is back with another banger and this time, he features Universal Music Group signee, Tiwa Savage on a track titled Shotan. The duo had teased their fans on Instagram for over 2 days before the release of the track.

Zlatan is definitely not showing any signs of slowing down as this makes his fourth release for this year. As they dropped teaser images for Shotan, Tiwa Savage was seen in a black tank top and a vibran African print trouser while Zlatan showed off in an orange track suit while sporting a blue and blonde hair. This makes us wonder what direction the fashion would take when the video is released. We can’t wait!

Here are 5 of the hottest trending new songs in Nigeria…

Zlatan and Tiwa showed us they did not come to play as they did justice to Shotan. Shotan is a yoruba word that means “Is that all?” This song produced by Spellz is definitely a song that will take over the clubs on arrival.

His exit from YBNL may have been shocking but the melodious voiced singer, Lyta, has definitely come through for his fans with the release of Monalisa. The Doro Music Gang and the popular hitmaker, Killertunes created a jam worthy of our time and vibe.

Dagogo Records recording artiste, Soft drops the remix to his smash hit Money featuring Starboy, Wizkid. The original was released late last year but blew early this year. This record by Soft and Wizkid is a cool jam with is likely to get you addicted to its lyrics and melody.

There is nothing we love more in the music industry like fashion forward visuals. Mr Eazi understands this as he delivers a colourful and stylish video for his single Supernova. This is his first single of the year and it was beautifully delivered. The song which is produced by Dre Skull and E Kelly has Mr Eazi focusing on his love interest as he explains that he can do no wrong but be the man of his woman’s dreams whilst also clothing her in the latest fashions from FashionNova. #Goals!

Jiggy Boyz frontier, Kida Kudz finally outputs his highly anticipated single and video titled Moonwalk. This serves as his second official single for the year and was shot and directed by Visionnaire Pictures. Bragging about how desirable he is, Kida Kudz expresses his longing for a much simpler life, where all he does is impress girls, drink a lot of booze, party endlessly and then he pulled off an impressive Michael Jackson’s signature dance move – Moonwalk.