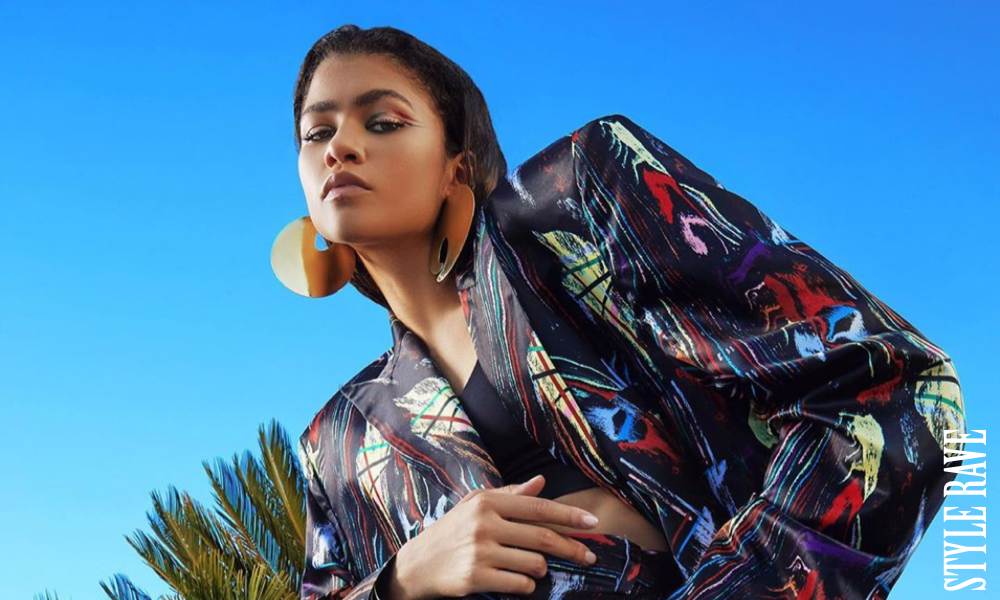 For an hour, actress and singer Zendaya Maree Stoermer Coleman sat with Patrisse Cullors, co-founder of the Black Lives Matter movement, to discuss everything from being an actress during a pandemic to activism, and working with an all-Black team for the cover of InStyle magazine September issue.

Like many of us, the 23-year-old has been indoors doing her part to stay safe. Being an actress, this is harder than we think. We’re at a time when many shows and movies had to cancel shooting because of the pandemic—however, Zendaya has made sure to stay on top of her creative game. Zendaya style pictures in Euphoria for Instyle. 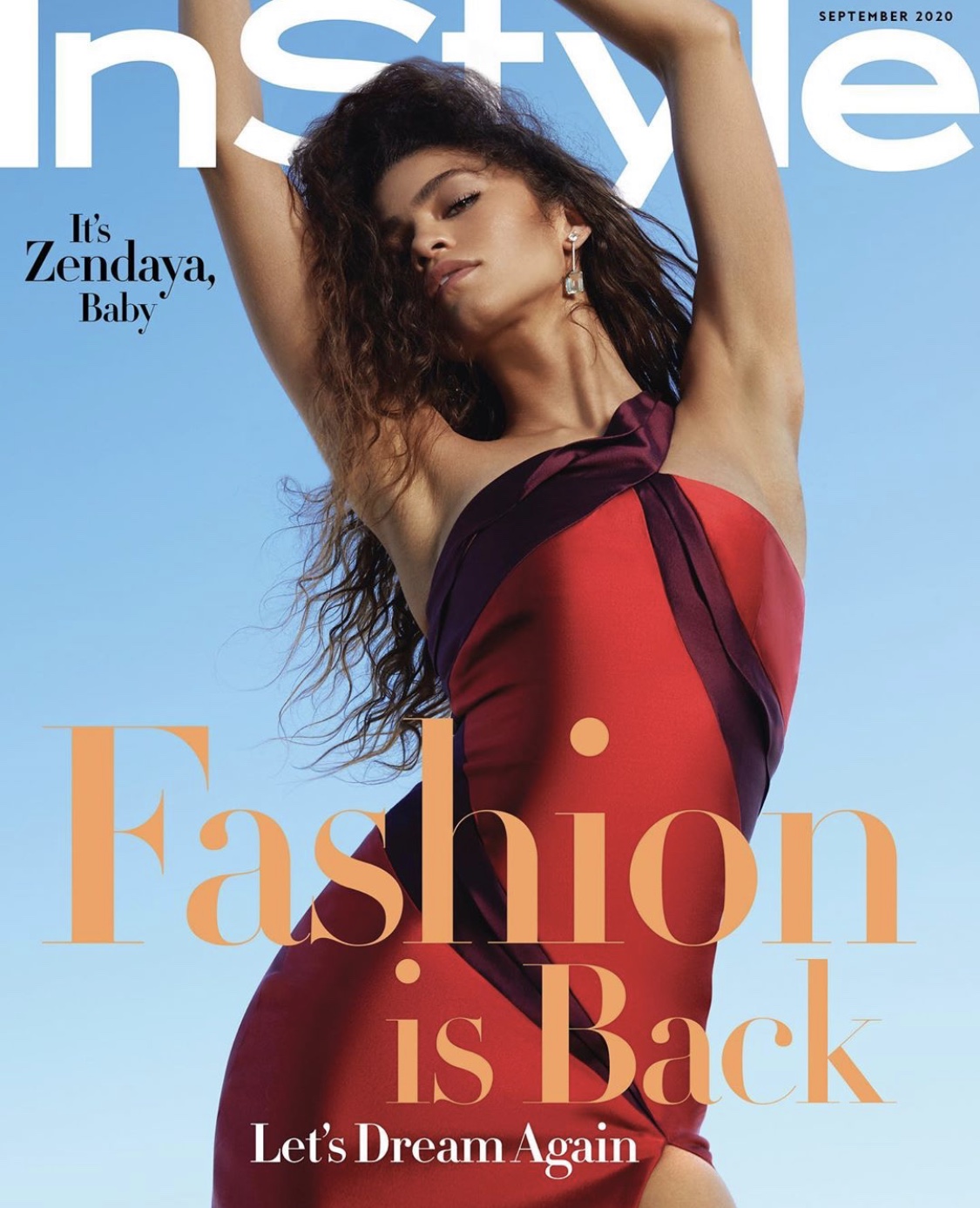 Here are 5 things Zendaya revealed in her interview with Instyle… 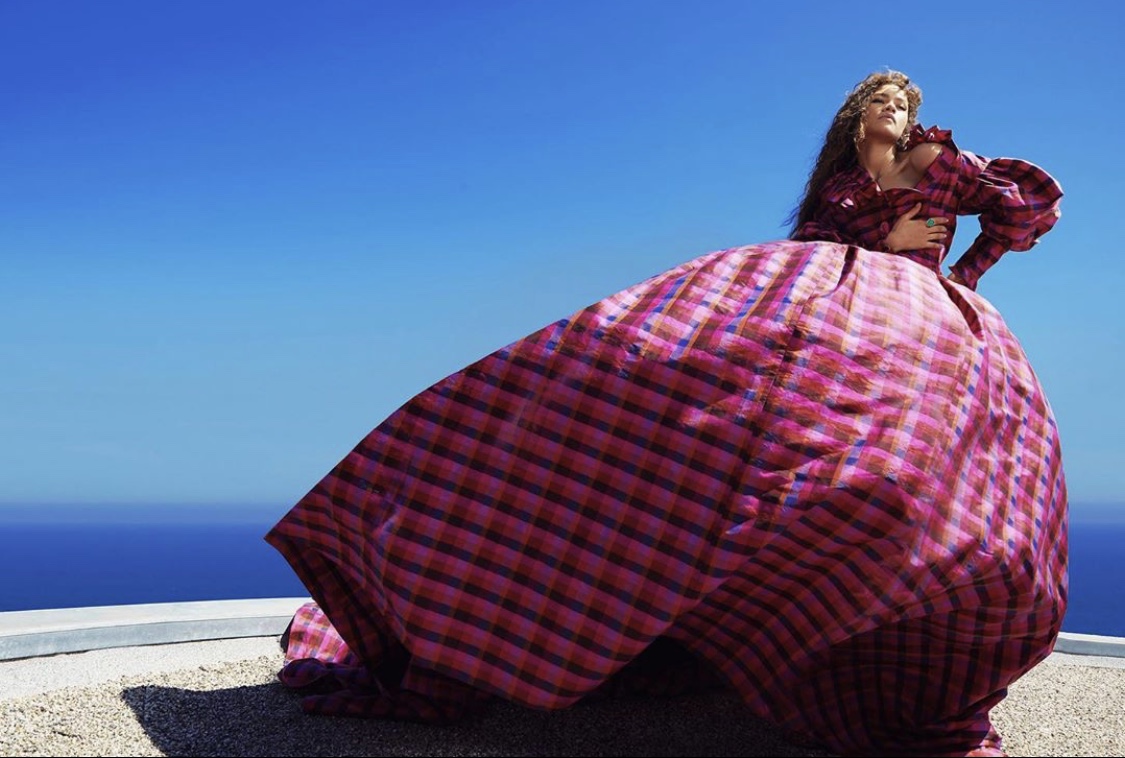 Quite humorous to note is how Zendaya has attempted painting and working out as a pastime but dropped both pretty quickly in a week. She has also purchased a piano and has learned the cords of one original song. Well, that’s better than most of us, Zendaya! Zendaya style pictures in Euphoria for Instyle.

#2. Her movie Malcolm and Marie needed an isolated cast 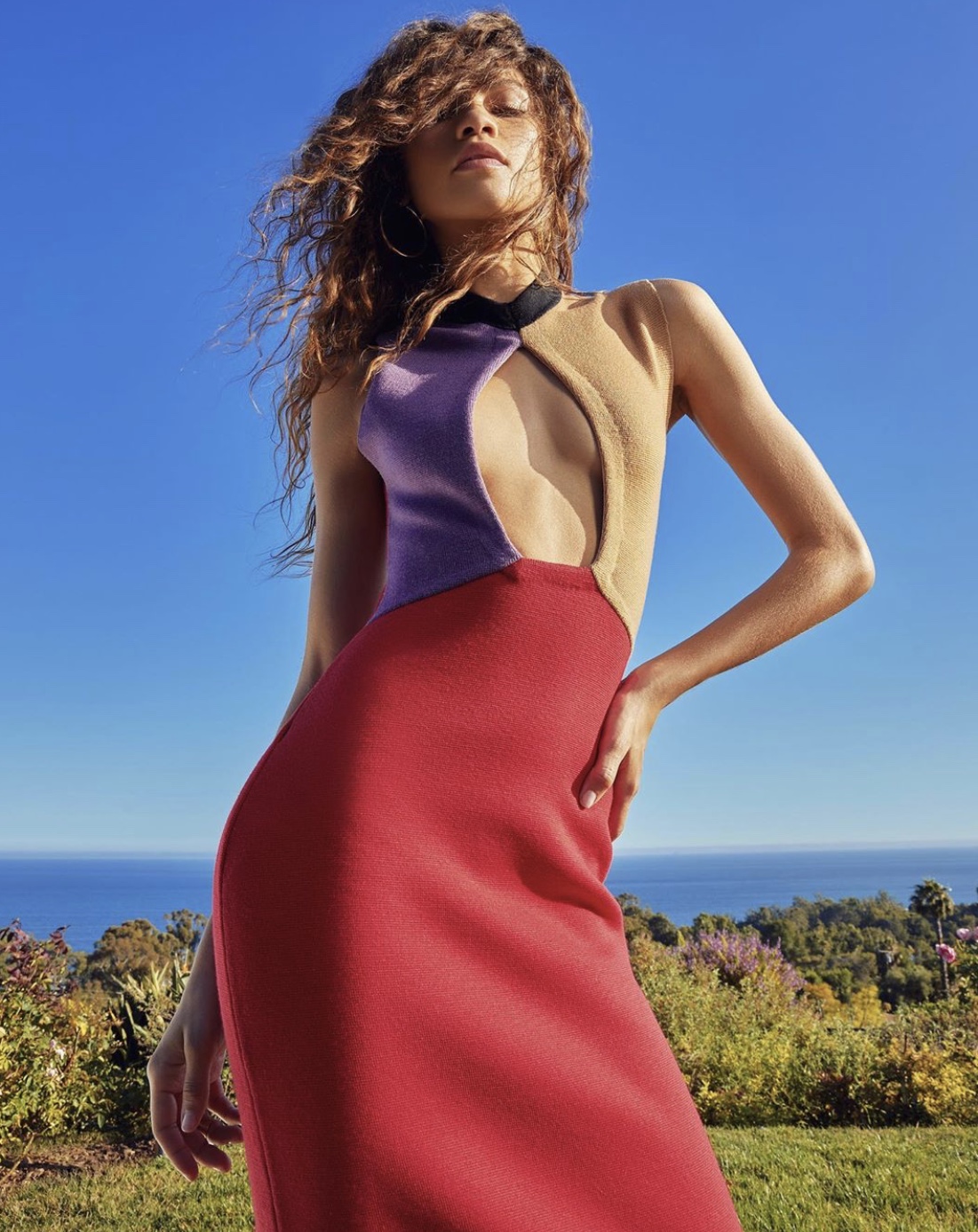 During this time, she has also worked with Sam Levinson, the creator of Euphoria – which she starred in – and John David Washington to create Malcolm and Marie. Speaking on safety, she said, “…the No. 1 thing was safety. Everyone had to quarantine and get tested in order to shoot in isolation. We created our own little bubble and made sure that once we were in, we couldn’t leave.”

She was excited that they were able to shoot and do most of the production by themselves. She also had to wear her own make-up and clothes, “I think we were able to create something really special. And I’m grateful that we learned how to do it on our own.” Many details about the movie are still under wraps. However, this is the first project of its kind that has been successfully started and completed during the pandemic. Zendaya style pictures in Euphoria for Instyle.

#3. Her Character, Rue in Euphoria, seems like a sister 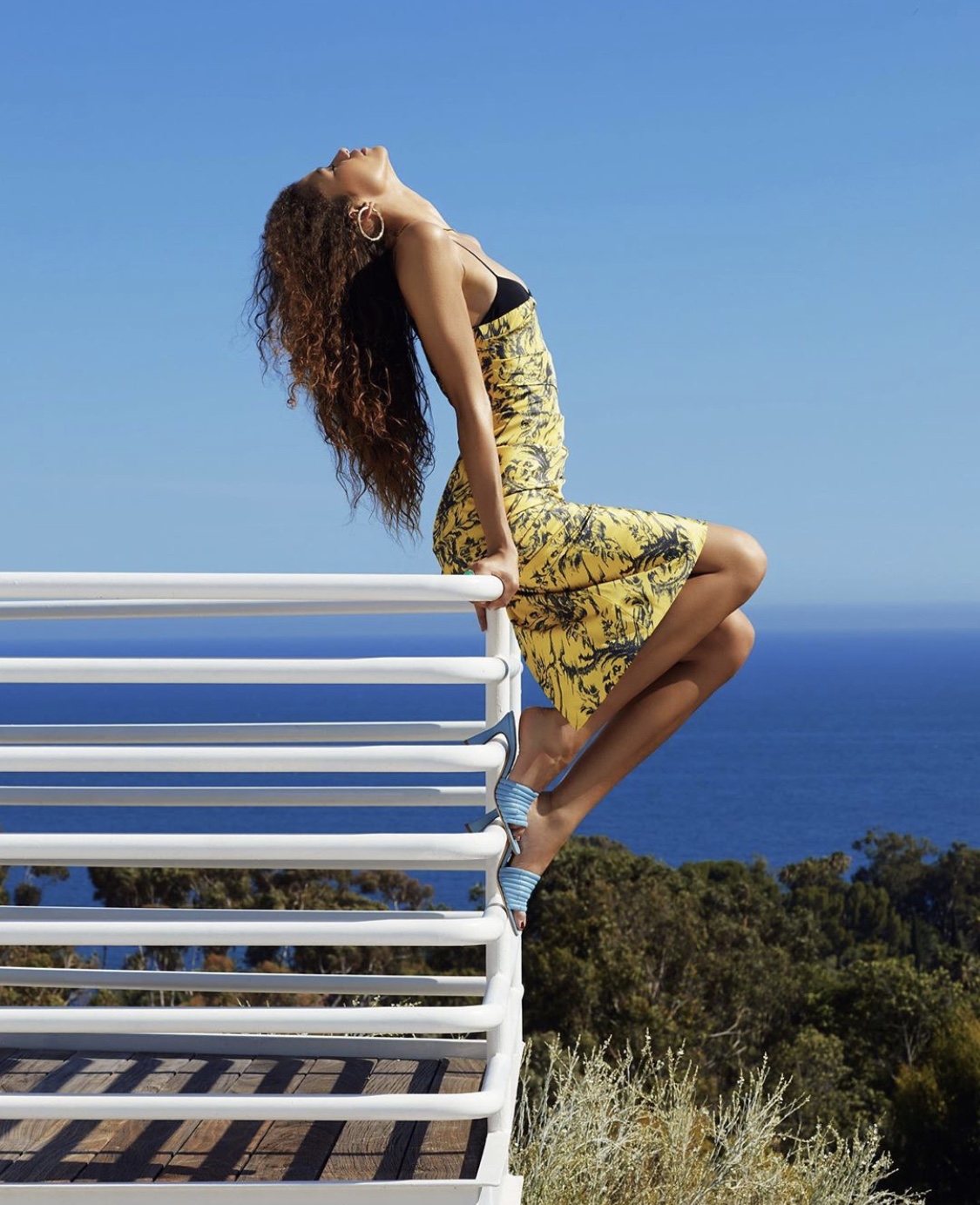 In the TV series, Euphoria, Zendaya plays a 17-year-old teenager, Rue Bennett, who struggles through love, friendships, casual sex, and drug abuse. Speaking about her character, Zendaya says she missed Rue as she is like a “little sister to her in many ways.” Zendaya style pictures in Euphoria for Instyle.

She calls the second season “beautiful,” saying the script was already written, but safety protocols are the only thing keeping the show on hold.

#4. She would much rather not be called an activist 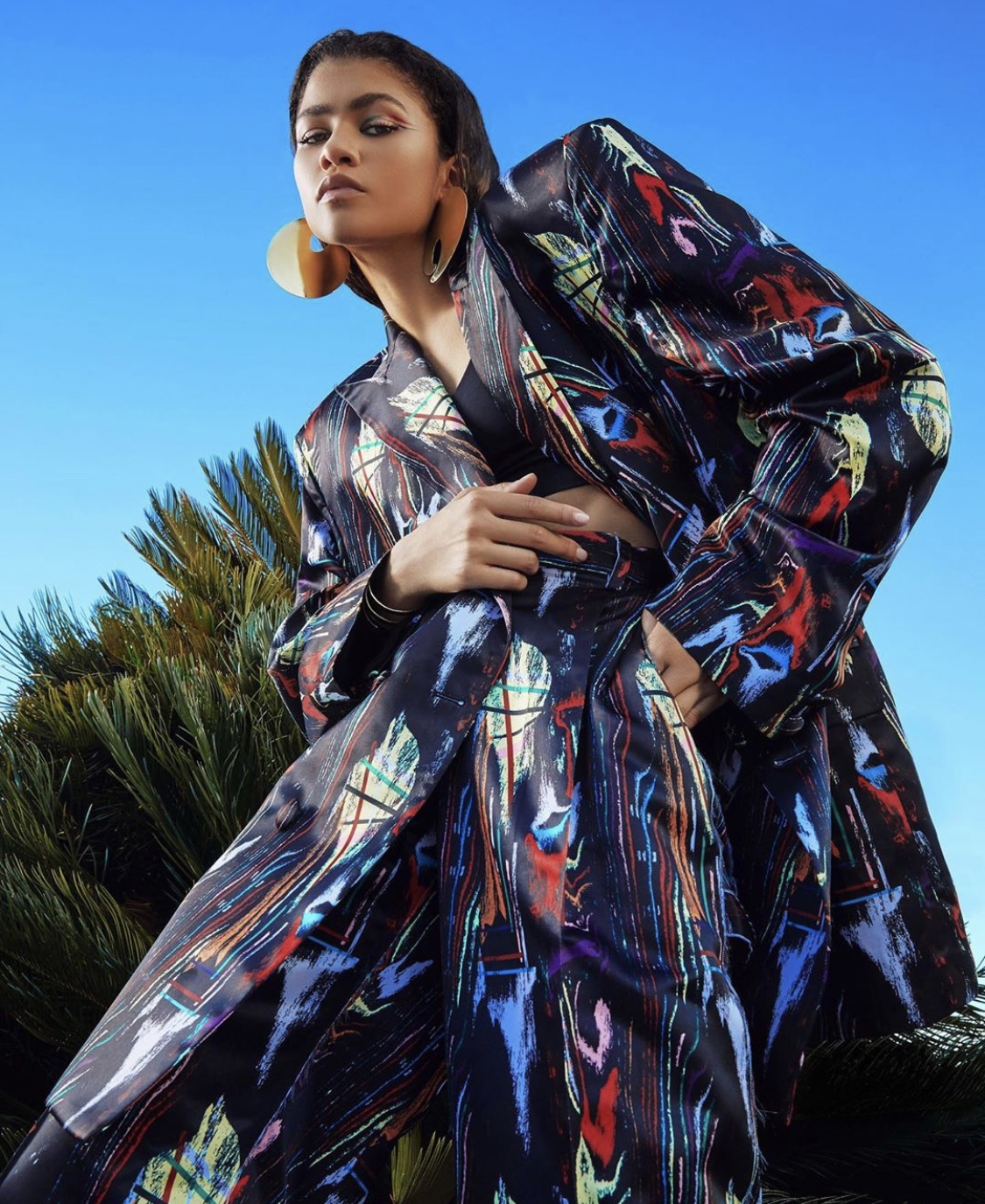 At the onset of the march against police brutality after the murder of George Floyd, Zendaya, as a black woman, felt the pressure to speak strongly on the issue to her 76.5 million Instagram followers.

She invited Patrisse Cullors to take over her Instagram because, for Zendaya, she is first a creative before an activist. In fact, she would much rather not be tagged as an activist. “I have always hesitated to use the word “activist” for myself. That is a lifestyle. That is a choice every day to be doing the work and devoting your life to a cause,” she explained her stance.

She continued, “I don’t feel I am deserving of the title. There are a lot of words that better describe what I do. I’m an actress, but I’m also just a person who has a heart and wants to do the right thing.” 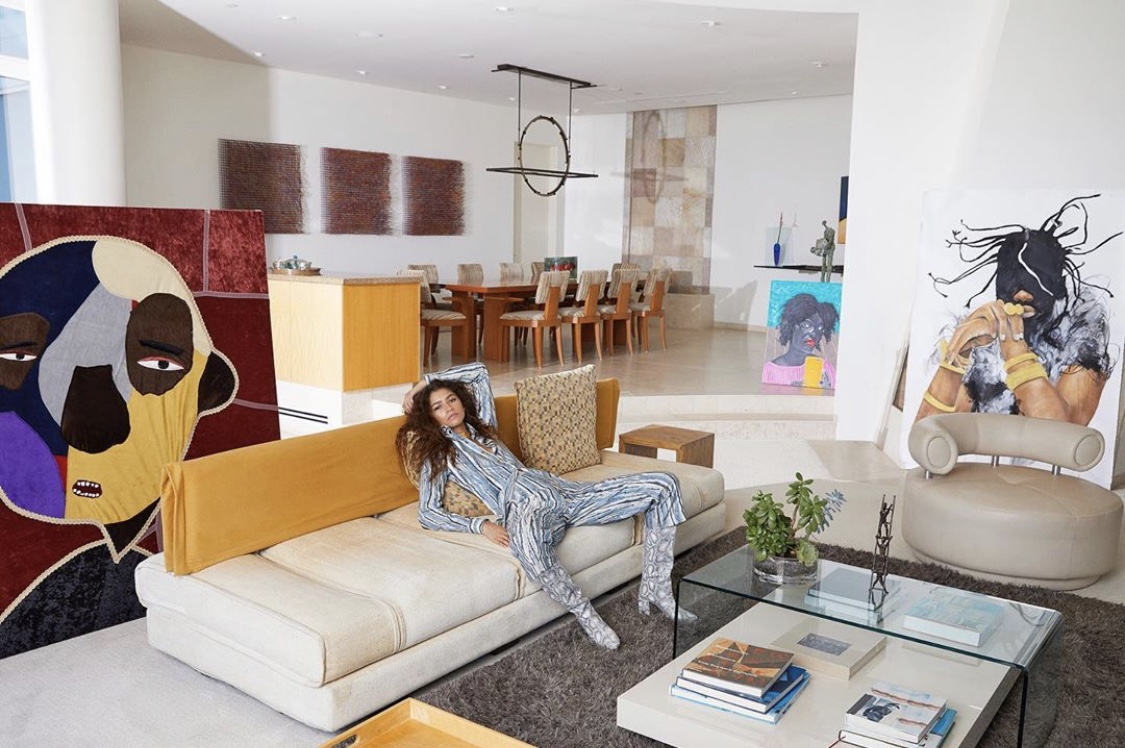 She recalled a time in Atlanta with her father while shooting the Spider-Man movie about the time that the murders of Philando Castile and Alton Sterling happened. She remembers the feeling of fear she experienced then, for her father, a 65-year-old Black man, not even wanting him to go out during that time.

“And that’s when I reach out to people like you,” she said, referring to Patrisse, “because, at the end of the day, I’m just an actress, you know? And I don’t pretend to be anything other than that. If I don’t know something, then I ask people who are actually on the front lines doing the work.” 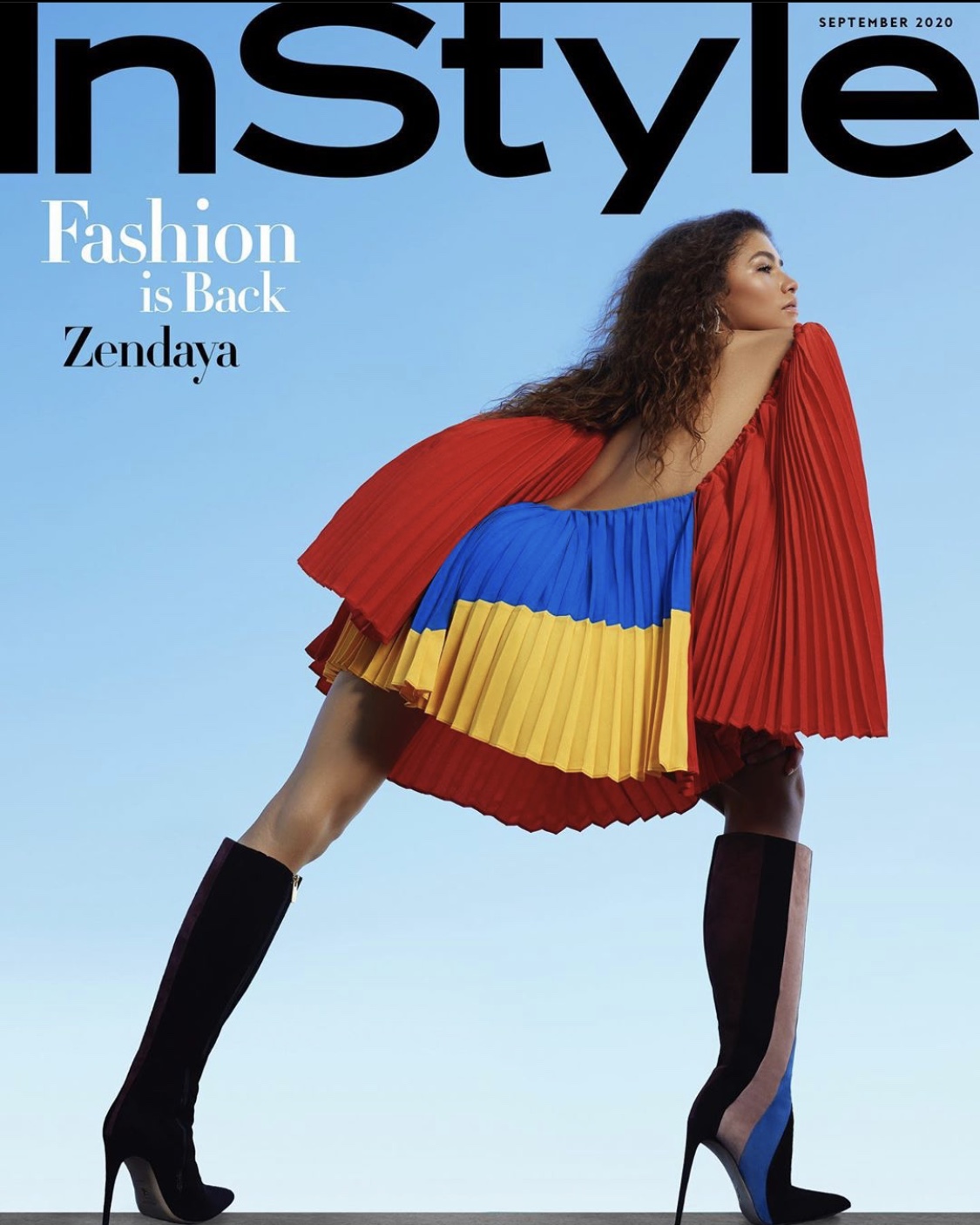 Zendaya has always worked with Black stylists and Black hair and makeup artists. However, for the Instyle cover shoot, she worked with an all-Black team from designers, hairstylists, makeup artists to “two talented young Black photographers.”
Zendaya hopes that people would come across her feature and say, “Oh, I like that dress!” And then go support them. Zendaya style pictures in Euphoria for Instyle.

Zendaya was also recently invited to become a member of the Academy’s Oscar voting committee. This representation for the black community is a good step forward after years of trending the hashtag #OscarsSoWhite.

––Shop fashionable pieces from our e-Boutique