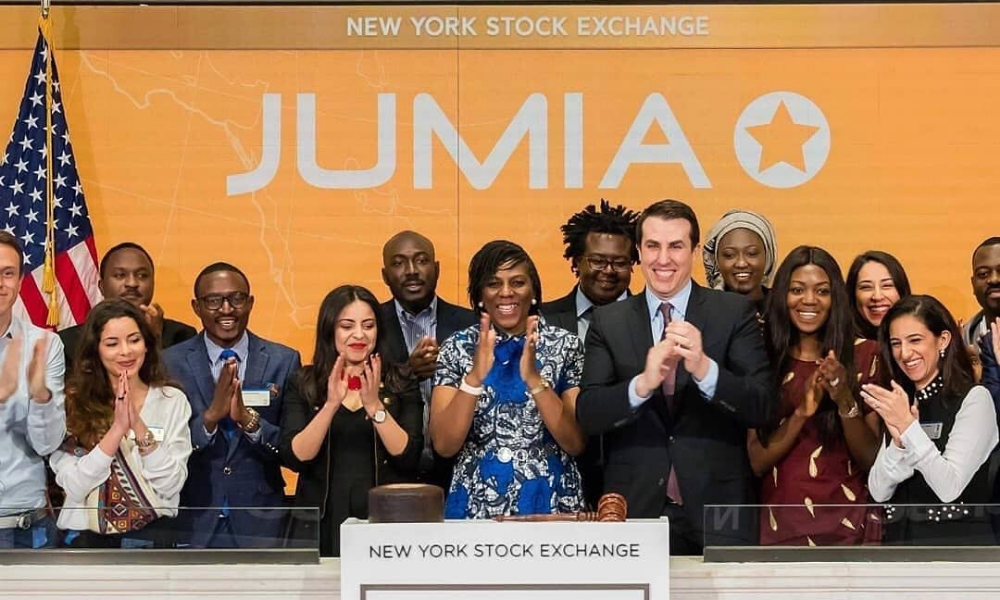 Jumia, the e-commerce site “based” in Nigeria, on Friday, April 12th, became the first “African start-up” to make its debut on Wall Street. The company which hopes to raise nearly $200 million is said to be the first African tech company to be listed in the United States. Jumia has offered potential investors 13.5 million shares – more than 17% of the company’s capital – at a price of $14.50 to reach its goal. . According to Fox Business, “Jumia opened at $18.95 on an initial listing price of $14.50. The stock soared more than 60% in its first few hours of trading – outperforming both Lyft and Levi Strauss in their debuts this year.”

Jumia may not be a profitable business at the moment, however, in 2018, they boasted of 4 million active users and more than 80,000 active sellers on the platform. But it’s not just retail; the company also offers a host of other services including food delivery, travel bookings and advertising.

Headquartered in Dubai with tech development in Portugal, Jumia currently has its presence in 14 African countries including Nigeria, Kenya, Morocco and Egypt.

While many have described Jumia as Africa’s first “tech unicorn,” others warn that investors “may regret chasing an elusive dream” given that the company has reportedly racked up cumulative losses of $935m since inception in 2012. Cameroon-based tech entrepreneur, Rebecca Enonchong of AppsTech, is of the view that the IPO is a “desperate exit for existing investors who are obviously running out of cash.” She argues that African e-commerce is a very difficult and financially burdensome market to get into considering the various constraints, especially that of reliable distribution and delivery. In 2018, Jumia’s French co-founder Jeremy Hodara reassured Jeune Afrique that losses “have bottomed out.”Only time can tell how the story changes for Jumia following its NYSE debut but it is our hope that Jumia succeeds as its success will only open doors for more African startups to enjoy global success. For the latest in fashion, lifestyle and culture, follow us on Instagram @StyleRave_