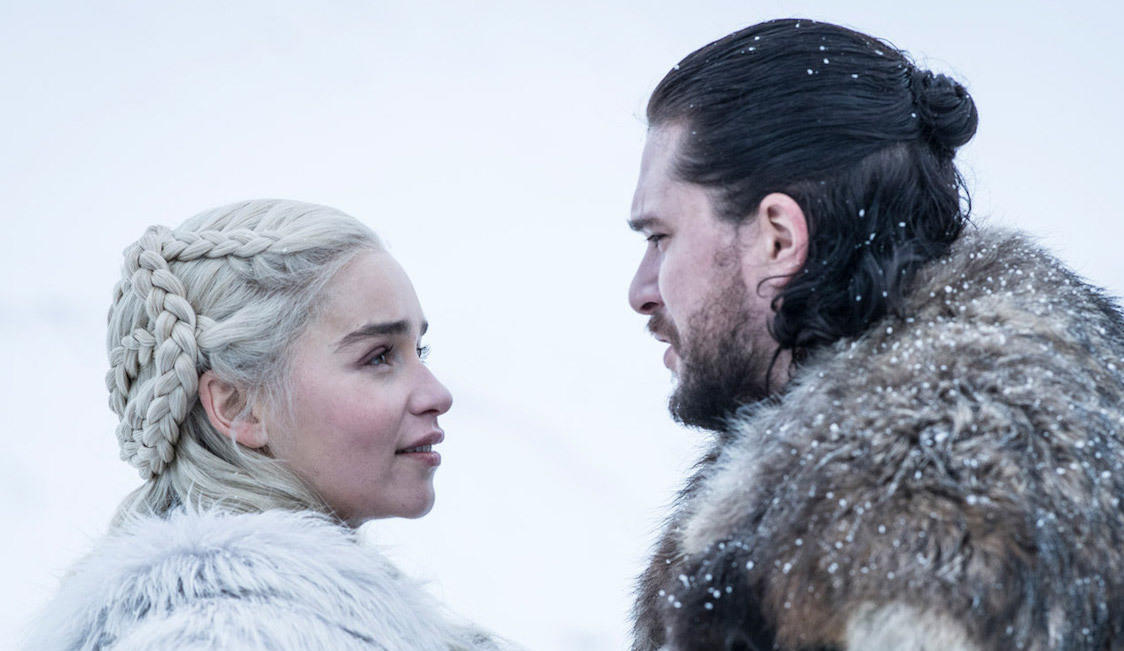 The Federal Government of Nigeria has reiterated its stance on the removal of fuel subsidy, saying it had no plan to remove it anytime soon.

Following the IMF’s advice to the FG to remove fuel subsidy, fuel queues have in recent days appeared in many parts of Nigeria causing panic over an impending fuel scarcity. However, the Minister of finance, Zainab Ahmed, said on Sunday that there was “no imminent plan to remove subsidy.”

“The IMF said that fuel subsidy is better removed so that we can use the resources for other important sectors. In principle, it’s a good suggestion. But in Nigeria, we don’t have any plans to remove fuel subsidy at this time because we have not yet designed buffers that will enable us remove the subsidy and provide cushions for our people. So there is no plan to remove the fuel subsidy” the minister said.

In what is perhaps the most anticipated final season of a series of all time, GOT Season 8, Episode 1 finally aired in several countries all over the world on Sunday night.

If you haven’t seen the episode and wouldn’t want to read any spoilers, we suggest you skip past this.

The episode dubbed “Winterfell” featured a series of reunions as we had expected. Top of the list of reunions is the Starks who were finally reunited after being displaced for so long. There was also a Sansa/Tyrion reunion; both of whom were earlier forced into marriage by the Lannisters in King’s Landing. There was also a reunion for Arya and Gendry and the Stark girl also met the Hound again.

Another notable meeting was that of Bran and Jamie. They hadn’t seen each other since Jamie pushed him out the window in Season 1. Amid the reunions and suppressed hostilities, Samwell Tarly informs Jon about his true heritage.

Meanwhile in the South, Queen Cersei is still negotiating her way around her allegiance with Euron Greyjoy. She also pays Bronn to kill Jamie and Tyrion, both of whom the sell-sword shares a bond with.

It wouldn’t be the Game of Thrones without the mention of the White Walkers. They left their mark on the Umber household and are heading South.

US congresswoman, Ilhan Omar, has said that she has received an increase in death threats since US President Donald Trump tweeted about the speech she gave last month. She said the act suggests that Trump is encouraging right-wing extremist violence which is not expected of the President of the country.

President Trump had tweeted “We will never forget!” as the caption of an edited video of a speech made by Omar, that purports to show her being dismissive of the September 11, 2001 attacks.

In a statement released on Sunday evening, Omar said: “Since the President’s tweet Friday evening, I have experienced an increase in direct threats on my life – many directly referencing or replying to the President’s video. I thank the Capitol Police, the FBI, the House Sergeant at Arms and the Speaker of the House for their attention to these threats.”

The White House Press Secretary, Sarah Sanders has since denied the allegations, claiming the President wished no ill will and that “the President should be calling out the congresswoman for her not only one time but history of anti-Semitic comments.”

President Trump will be visiting Minnesota, her home state, on Monday for a rally.

In a golfing masterclass and an epic comeback for the ages, American golfer Tiger Woods won the fifth Masters Trophy of his career. It is his first major win since his US Open win in 2008 – 11 years ago – and his fifth green jacket in 14 years.

Woods has endured a career that has recently been laden with injuries and personal problems. But he put on a brave showing at Augusta National to come from behind to usurp some notable names in the final holes of the tournament.

The 43-year-old also became the oldest Masters winner since Jack Nicklaus who won it at 46 in 1986. The fifth Masters win is the second-most in the history of the sport.

It was a match which could have tilted the title race favourably in the direction of the blue boys of Manchester had the Londoners been fortunate to get the win. A match that brought memories of a failed title bid of some years ago. It is safe to say the stakes were high and there was a lot to prove when Liverpool hosted Chelsea at Anfield.

Coming in from three Premier League wins on the trot, the Blues were confident they could continue their old habit of being party poopers and a living nightmare away to Liverpool. But the Merseysiders had something different in mind.

The first half was a tussle for control between the clubs with both teams coming close but not finding the target. The bulk of possession however went to the hosts who bossed the midfield and stringed more passes between them.

Saido Mane’s strike shortly into the second half however broke the deadlock. The goal seemed to rattle and disorient Chelsea as barely two minutes later, Salah put the second goal of the game way beyond the reach of the goalkeeper.

Eden Hazard and Chelsea were denied two quickfire attempts which could easily have levelled up the game if not for the obstruction of the upright and a timely save by goalkeeper Alisson.

Liverpool held on for a much deserved victory, their first in seven attempts at home to the London Club. The win takes them back to the summit of the table where they keep their title hopes alive.