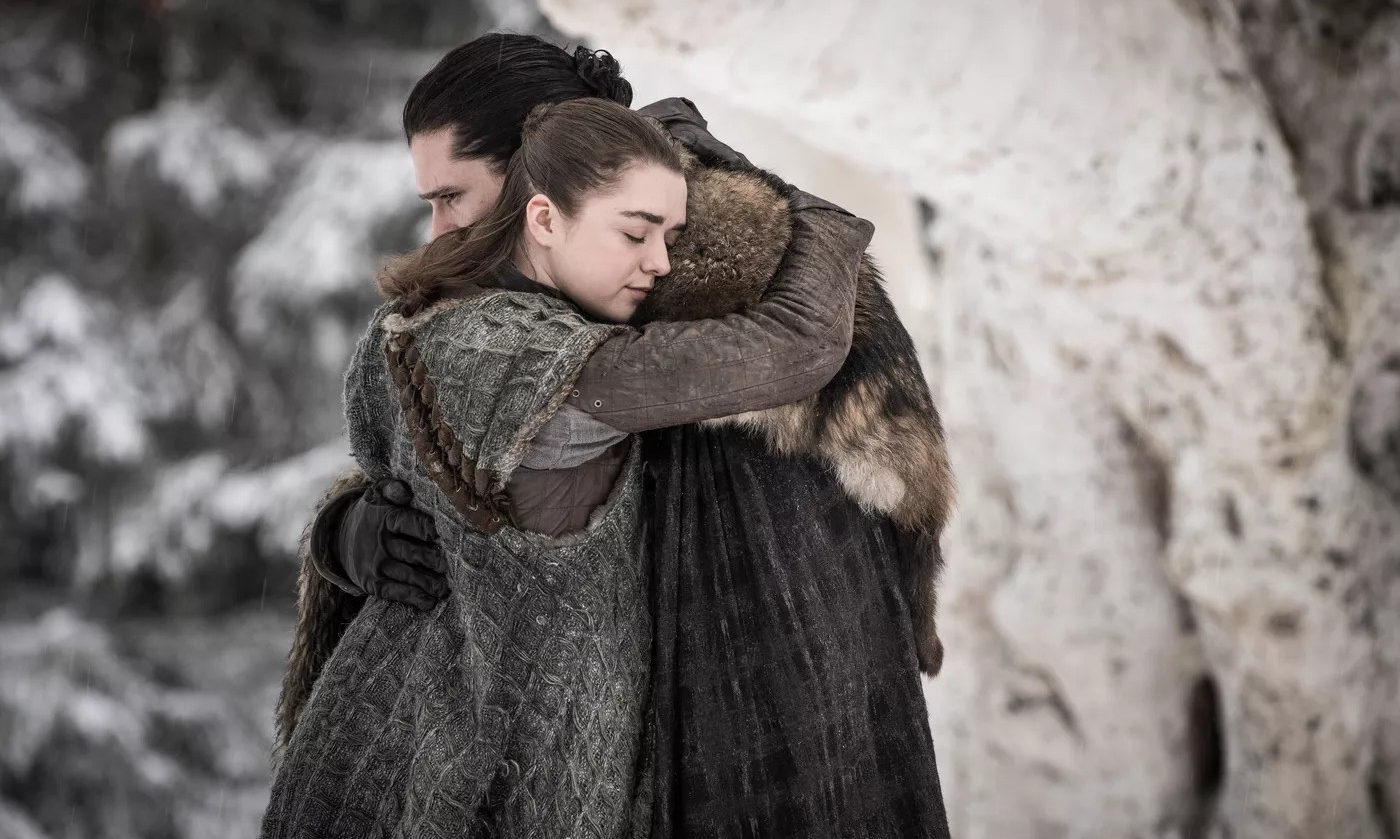 The season 8 premiere of the most anticipated show on the planet, Game of Thrones was full of reunions. Expected and unexpected. Wanted and unwanted. Hugs were given, siblings were reunited.

On the premiere of this long-awaited season titled ‘Winterfell,’ the most anticipated reunions happened. This episode reunited all the surviving Stark siblings… and a Targaryen in the North. Theon and Yara. Jon and Sam. Arya and Gendry. Tyrion and Sansa. Bronn and the brothel. Arya and the Hound. Jaime and Bran. Jon and Sansa. Jon and Bran. And, of course, Jon and Arya. The episode opens with Jon Snow, Daenerys, Tyrion and the rest of her trusted allies entering into Winterfell with the troops of army Daenerys has collected and built over the last few seasons. They were received with a not so warm welcome from the people of Winterfell as they are not entirely open to visitors. The dragons made an entrance which had people in shock as no one in Winterfell, no one in the North, in fact, has ever seen a dragon.

Jon Snow returns to the arms of his sister, Sansa and Bran who didn’t show any emotions whatsoever to seeing Jon after a very long time. We could say this is as a result of Bran’s new responsibility as the 3-eyed raven. Everyone’s favourite, Lady Lyanna Mormont didn’t seem too pleased with Jon as he left Winterfell a king and returned as Daenerys’ underdog. All efforts to explain himself didn’t work as he was starting to lose respect in the eyes of the council or rulers and people of Winterfell. Poor Jon. Sansa and Daenerys didn’t get along well. Sansa offered her Winterfell of course, but she also asked her how she plans to feed the people of Winterfell now that there are tens of thousands more soldiers and two dragons who eat whatever they want. As much as we love our ladies of Game of Thrones, we also love drama and we are here for this one!

Jon and Arya’s reunion was more of Jon also trying to defend Daenerys to Arya as she believes he has forgotten his duties as a Stark and the Lord of Winterfell. Arya also tells him she is now a murderer. Jon found himself having to explain Daenerys to every member of his family… well, except Bran who is too busy getting people to make moves because they are part of the grand 3-eyed raven scheme. While Jon was busy explaining his woman in Winterfell, Euron Greyjoy was busy professing his “love” to Cersei in King’s Landing. Euron returned to King’s Landing with an army of mercenaries and horses he promised Cersei, but he was short of Elephants. Elephants which Cersei really wanted. To be honest, we were all looking forward to seeing elephants. Cersei learned that the army of the undead had burst through the wall in the North but she couldn’t care less. They would help her take care of her enemies while she protects her throne.

Euron proceeded to hit on Cersei. He continued flirting with her and at some point, he insinuated she owed him sex and she replied him saying “You want a whore, buy one. You want a queen, earn her.” This reply earned her a thousand points in our books but the effect was short-lived as she shortly proceeded to hook up with him. He assured her he would put a prince in her belly which was some sort of flirting technique, to which she smiled seeing as she was already pregnant. Now, we wonder what Euron would do if he found out that the baby isn’t his.

We are then reconnected with Bronn who was in a brothel trying to drown his memories of the battle away. Bronn really just wanted to have sex but the ladies wanted to talk about Daenerys’ dragons. Few minutes in, old man Qyburn interrupts him telling him Cersei needs him to travel down to the North to assassinate her brothers, Jamie and Tyrion if they survive the invasion of the white walkers. She wants Bronn to kill them with the same bow used to kill their father, Tywin. That’s cold! To think we thought Cersei loved Jamie. While Euron was out in King’s Landing stirring things up and promising to put Princes in Queens, Theon Greyjoy and his band of merry men were making good on his promise to Yara by rescuing her from the clutches of their uncle, Euron. After the rescue mission, they all head home to the Iron Islands.

Back in Winterfell, Jon and Daenerys went for a ride on the dragons. When they land, they both experience a moment of romance before heading back to the town. In the town, Sansa came up to Jon angrily. Apparently, House Glover will no longer ride with them into war because Jon abandoned his post and brought an outsider. “I’m telling you, it doesn’t matter who holds what title,” Jon tells her. “She’ll be a good queen. She’s not her father.” Sansa asks Jon if he bent the knee to save the North or because he was in love, and he doesn’t get a chance to respond. Somewhere else in the castle, Daenerys and Jorah Mormont are walking around the castle in search of Sam Tarly to thank him for saving Jorah’s life when others wouldn’t. Things turn awkward and sour soon when Daenerys tells Sam she killed his father and brother when they refused to bend the knee. While leaving the castle indoors, Sam came across Bran who told him he has to tell Jon of his true parentage and how he’s the true heir to the Iron Throne and not Daenerys.

Back in the North, Tormund, Dolorous Edd, and Beric Dondarrion are at House Umber’s keep. They came across some sort of Satanic ritual. They find young Ned Umber pinned to the wall. His men have been hacked to pieces and used to create one of those red spirals that White Walkers love to leave at the scene of their crimes. It was quite horrific. Just then, the boy let out a shriek which scared the men present. Beric lights up his sword and kills the boy for good. Back in Winterfell, Sam told Jon about his true parentage. It didn’t go on well as Jon always believed Ned Stark, the most caring man he knew, to be his father. He went from being a bastard to an outcast within his own family to a member of the Night’s watch to dead back to life and now he’s being told he’s the rightful heir to the Iron Throne? That is definitely too much for one character to take in. Finally, Jamie Lannister arrives at Winterfell looking scruffy but still his regular handsome self. His moment of happiness is cut short when he makes a very dramatic eye contact with Bran. Instant shock filled Jaime as soon as he realised the little boy he pushed down the tower years ago was still alive.

This season of Game of Thrones is really off to a great start and we can’t wait to review all the drama that is going to happen. While we wait for episode 2 next week, watch the trailer here.