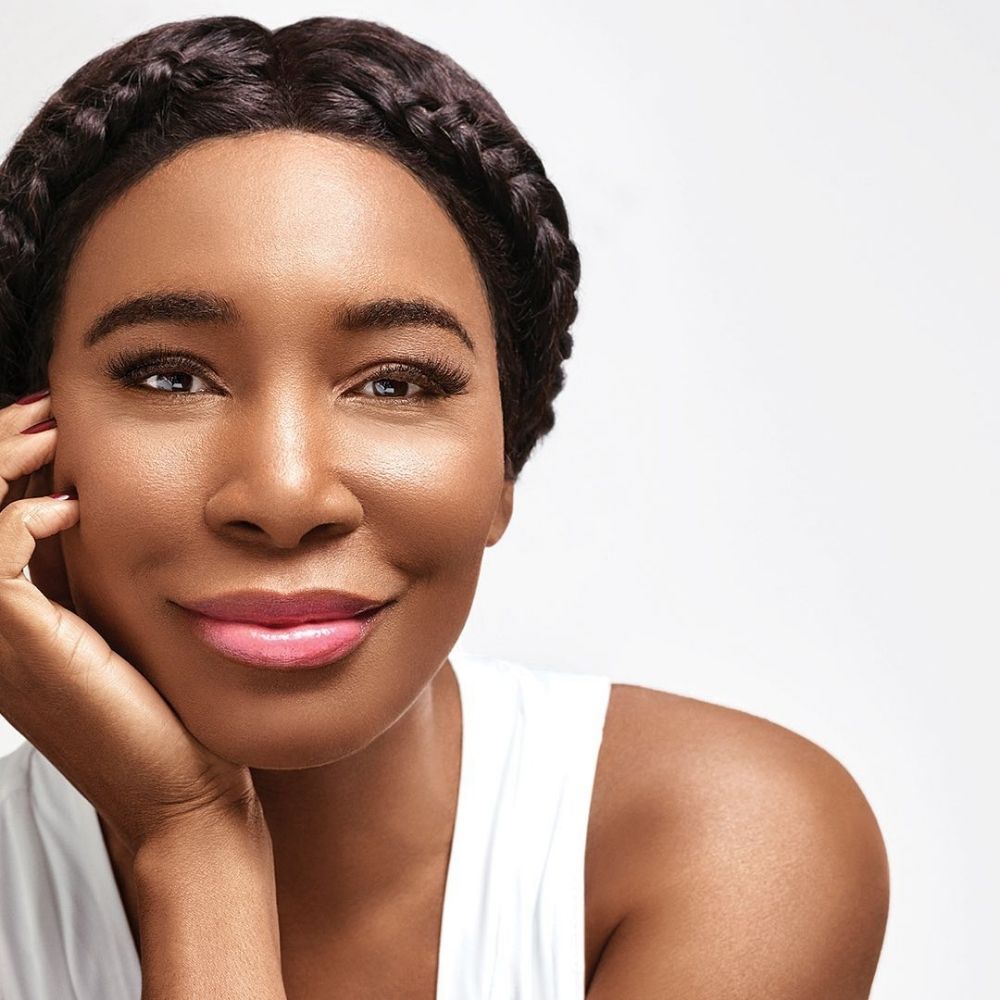 American professional tennis player Venus Ebony Starr Williams turns 41 today, June 17. Born in Lynwood California, Williams is a former world No. 1 in singles and doubles and generally regarded as one of the all-time greats of women’s tennis. She has been credited with ushering in a new era of power and athleticism on the women’s professional tennis tour. Venus Williams’ inspiring career translated to several brand endorsements and other successful business deals, all of which have added up to a reported net worth of $95 million.

Among many astonishing records, in 2002, Venus Williams became the first African American woman to reach the No. 1 ranking in singles in the Open Era and the second all-time since Althea Gibson.

So just how did she come this far?

Venus Williams’ rise to the top

Venus Williams’ talents were apparent by the age of seven when a professional local tennis player named Tony Chesta spotted her and quickly identified her potential in the sport. By the time she was 11, she had held a 63–0 record on the United States Tennis Association junior tour and was ranked No. 1 among the under-12 players in Southern California. In 1994, she made her professional debut at the age of 14.

Three years later, she debuted in the main draw of a Grand Slam tournament at the French Open, reaching the second round before losing to Nathalie Tauziat. She was the first woman since Pam Shriver in 1978 to reach a US Open singles final on her first attempt and was the first unseeded US Open women’s singles finalist since 1958. On September 8, 1997, her ranking broke into the top 50 for the first time.

In 1998, Williams teamed with Justin Gimelstob to win the mixed doubles titles at the Australian Open and the French Open. Also, in the same year, she won the first two women’s doubles titles in Oklahoma City and Zürich. In 1999, Venus Williams contributed to the USA’s victory over Russia in the Fed Cup final, winning one singles rubber before joining her sister, Serena Williams to win the doubles rubber. Venus finished the year 2002 ranked No. 2, having won seven titles, her best showing in both respects of her career.

In June 2021, the former Wimbledon champion was named in Wimbledon’s initial list of wildcards on Wednesday for this month’s grasscourt Grand Slam. Venus has won five out of her seven Grand Slam singles titles at Wimbledon but has slipped to 103rd in the women’s world rankings.

Recognitions, net worth, and awards

A post shared by EleVen By Venus Williams (@elevenbyvenus)

After protests for equalizing pay between both sexes, Venus Williams became the first woman to benefit from the equalization of prize money at Wimbledon. She won the 2007 tournament and was awarded the same amount as the male winner Roger Federer. Her fight for equality was documented in Nine for IX, Venus Vs which premiered on July 2, 2013.

In 2001, she was named one of the 30 most powerful women in America by the Ladies Home Journal and was named 77th in the Top 100 Most Powerful Celebrities compiled by Forbes magazine in June 2009. In August 2009, Venus Williams and her sister Serena became part-owners of the Miami Dolphins. This made the sisters the first African-American women to obtain ownership in an NFL franchise. In 2005, Tennis Magazine ranked her as the 25th-best player in 40 years.

In late June 2010, Williams released her first book, Come to Win; on How Sports Can Help You Top Your Profession, which she co-wrote with Kelly E. Carter. In promoting the book, she embarked on a tour around America in support of the release, whilst also appearing on several talk shows including The Early Show and Good Morning America. This gave her a place in the Top 5 of The New York Times Best Seller List.

Venus Williams was named one of the “30 Legends of Women’s Tennis: Past, Present, and Future” by Time in June 2011. In March 2012, Tennis Channel aired a television series, “100 greatest tennis players of all time,” where she was ranked 22nd. Williams qualified for the 2017 WTA finals, making her the third oldest athlete to qualify in the competition’s history. In addition, she became the oldest finalist in the WTA Finals at 37 years old.

Besides her affluent tennis career, she owns an athletic-wear line called EleVen which she started in 2007, a plant-based diet company Happy Vikings, and an interior designer firm V Starr. Additionally, the 41-year-old also has prize money and endorsement deals to add to her fortune. In 2019, Venus was the 10th highest-paid female athlete globally, earning $5.9 million, of which $5 million came in endorsements. According to Celebrity Net Worth, Venus Williams’ net worth in 2021 is an estimated $95 million.

Venus Williams in Net Worth 2021

How To Dress Up For A Date Night At Home