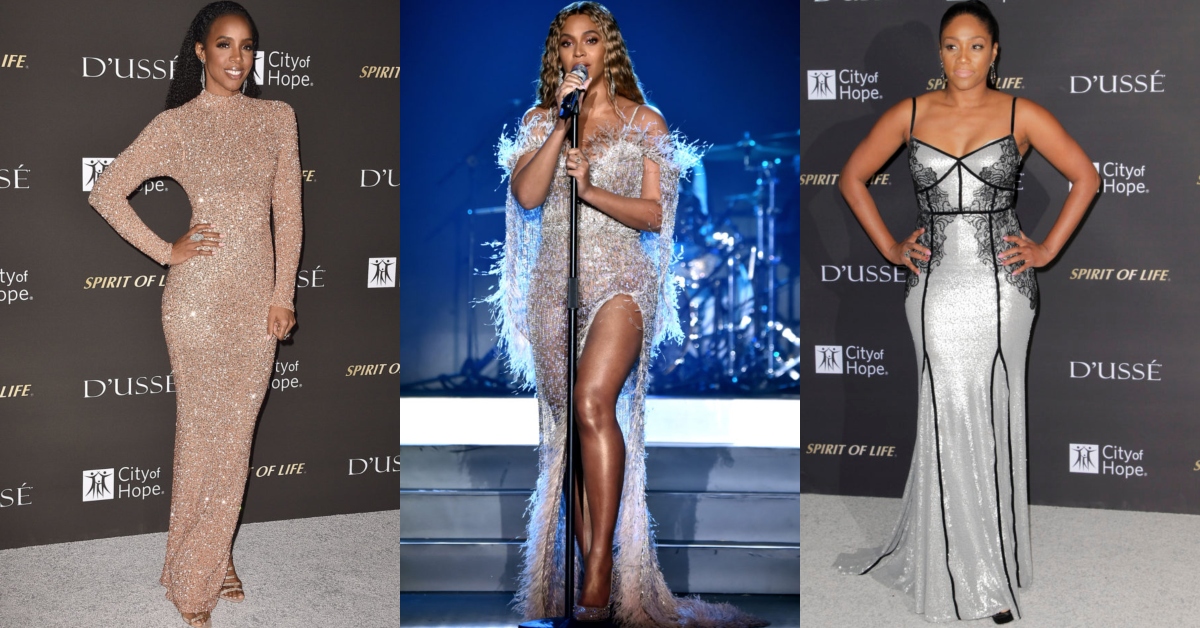 Some of Hollywood’s finest stars stepped out in top style for a good cause yesterday, October 11, as they attended the City Of Hope Spirit of Life Gala at the Barker Hangar Los Angeles. The gala creates awareness and raises money for life-threatening diseases including diabetes and cancer.

The event was opened with a performance by Trombone Shorty & Orleans Avenue. Further, into the night there were other performances by gospel duo Erica and Tina Campbell of Mary Mary and Beyoncé, who performed some of her hit songs including Ave Maria, XO and Halo, which left the audience soul stirred.

Jon Platt, chairman and CEO of Warner/Chappell Music joined the likes of past honourees including Clive Davis and Quincy Jones as he was presented with the Spirit of Life Award. Other celebrities spotted at the show include Jay Z who presented Jon Platt with his award, Bey’s sister-friend Kelly Rowland, and Pharrell, who was the host. Also present were Jermaine Dupri, Tiffany Haddish, Rita Ora, Bebe Rexha, Wiz Khalifa, Dr Dre and his wife Nicole Young.

According to reports, at the end of the night, over $6 million was raised for City of Hope, a research and treatment centre for cancer, diabetes and other life-threatening diseases.

9 Times LOLA OJ Nailed Coloured Hairstyles With So Much Ease