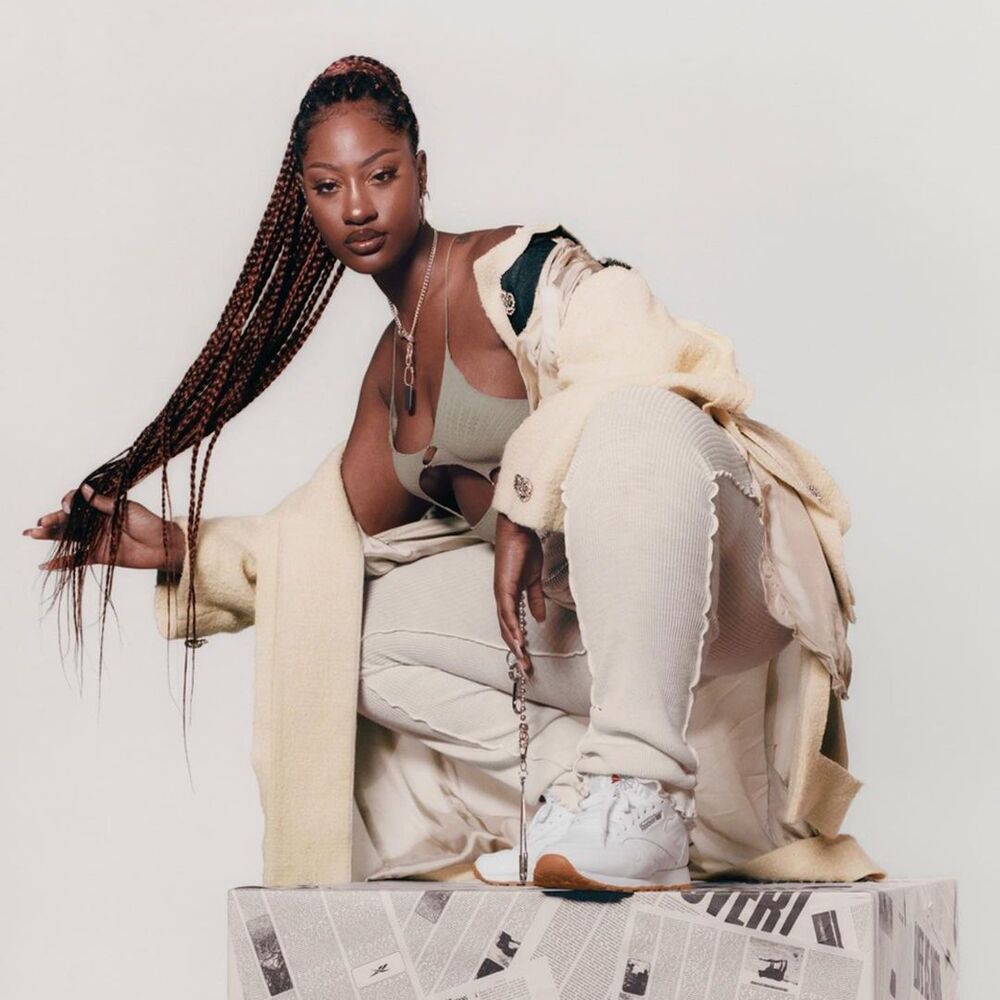 Tems and Reebok release new campaign photos, ASAP Rocky arrested, Ibrahimovic clears up retirement speculations. Stay in the know with our Rave News Digest which summarizes five of the hottest global news you need to catch up on, saving you time and energy. Consider it your daily news fix.

Nigerian singer Temilade Openiyi, better known by her stage name Tems, has modeled a new set of shoes for American fitness footwear and clothing manufacturer Reebok. Tems is one of the fast-rising musicians representing the Nigerian afrobeat sound on the international scene. The 26-year-old star modeled the “Life Is Classic” campaign for the new shoe line.

Reebok took to their official Instagram page to post the latest video of Tems modelling the new pieces from the campaign. In the video, the singer flips her hair while wearing a Reebok branded outfit. However, the campaign is for the Reebok classic leather shoes which Tems wears beautifully in the video. The messaging on the says: “Tems moves by the air of her lungs, letting her divine nature lead her on her journey.”

BREAKING: ASAP Rocky arrested for assault with a deadly weapon after returning
from Barbados

He allegedly shot at the victim last November "three to four times"https://t.co/x4Lwwfu3qN

In a stunning bit of news, Rakim Mayers, better known around the world as rapper A$AP Rocky, was detained on Wednesday, April 20 at Los Angeles International Airport. According to reports, the Harlem native and father-to-be was booked in connection to a November 2021 shooting. It was said that Mayers was arriving via private plane from Barbados, where he had been on vacation with his girlfriend, Rihanna. Reports say the “Fashion Killa” songwriter had been under investigation by the LAPD for a shooting near Vista Del Mar and Selma Avenue around 10:20 p.m.

The victim, who survived, later told police that Mayers (Rocky), who was walking with two others, approached him with a handgun on the street. The victim claimed Mayers shot at him three to four times and believed one of the bullets grazed his left hand, according to police reports. The shooting had not yet been reported publicly by the media. Mayers’ attorney, Alan Jackson, confirmed to press that his client had been arrested. LAPD made the arrest in tandem with Immigration and Customs Enforcement’s Homeland Security Investigations team.

Rappers Nadia Nakai and Kiernan “AKA” Forbes have cleared the air after break-up and abuse allegations circulated on social media. Many have been convinced that there’s trouble in paradise for new couple after noticing that the rappers were seemingly not following each other on Instagram and AKA posted a cryptic message on his stories following their trip to Ghana. “I will never let another woman degrade me ever again.” AKA wrote.

AKA and Nadia Nakai denied the allegations in a joint statement. “Just to clear the air, there was not physical nor verbal altercation between us. We are fine and there’s no drama between us, we are basking in our individual success from this amazing trip,” read the statement. AKA also announced he’ll be taking legal action against publications that published the allegedly untrue story.

Kenyan police have launched a manhunt after the body of a female athlete was found with stab wounds in the town of Iten, famous for its center for long-distance runners. Police say they are looking for the Ethiopian boyfriend of Damaris Muthee Mutua, 28, who was born in Kenya but competed for Bahrain. She is the second female athlete to be killed in Iten in a year.

Last year, Kenyans were shocked by the killing of Olympic runner Agnes Tirop. Her husband remains in custody and denies murder. Police say Mutua’s body was found in “a state of decomposition” in the Rift Valley town of Iten, local police chief Tom Makori told the press. Mutua’s boyfriend was training at the same high-altitude center as her and may have left the country, police say.

I decide when to stop, just like I decide that the yellow ball will hit you pic.twitter.com/481mnOGG2W

AC Milan star Zlatan Ibrahimovic looks set to continue playing amid speculation over whether he would retire at the end of the season. The striker will enter free agency this summer as his contract runs down and it is currently unknown whether he will be offered an extension at San Siro. And, with injuries limiting the 40-year-old to playing in just 16 of Milan’s 41 matches this term, the decision is a big one for both parties.

Ibrahimovic appears to have made up his mind, however. The Swede posted a video on Twitter on Wednesday, accompanied by the caption: “I decide when to stop, just like I decide that the yellow ball will hit you.” Ibra then fires a succession of white and black footballs into the goal before knocking the camera down with the sole yellow ball.