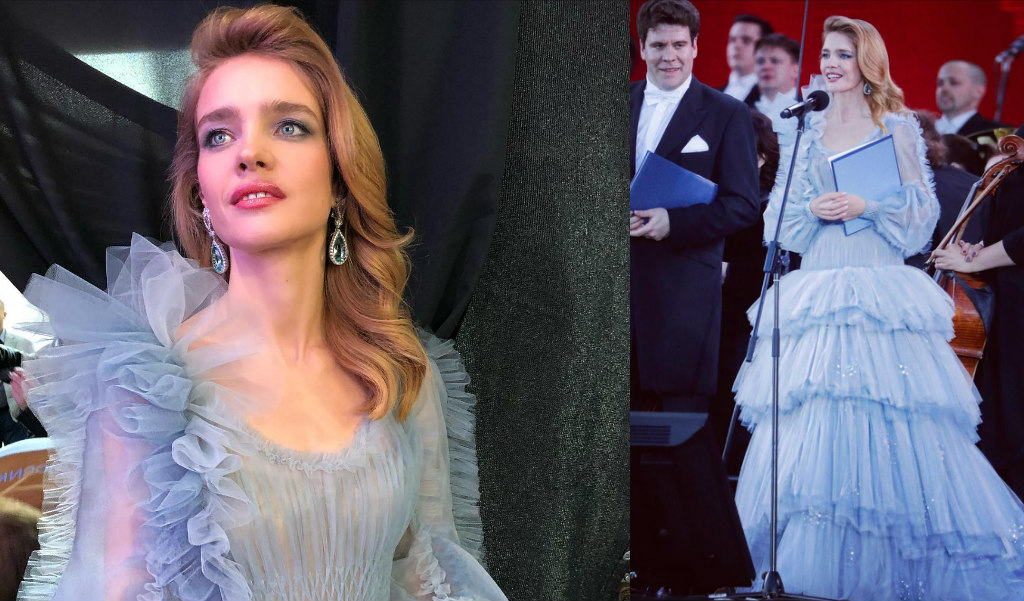 The 2018 FIFA World Cup™ kicked off in Russia on the 14th of June as the host nation took on Saudi Arabia in front of 80,000 people at the Luzhniki Stadium in Moscow after President Vladimir Putin officially declared the tournament open. Everyone is excited about the World Cup and Nigerians are hopeful as the Super Eagles play against Croatia by 8 pm (Lagos Time) on the 16th of June.

The opening ceremony included a mini-concert by British pop star Robbie Williams and was hosted by pianist Denis Matsuyev with Natalia Vodianova as the co-host.

For her co-hosting duties, Natalia took World Cup ceremonies to new fashion heights in a fairytale-like custom creation by Ulyana Sergeenko. The dreamy dress which was made out of tulle is said to be from the brand’s new couture collection.

Check out her stunning look…