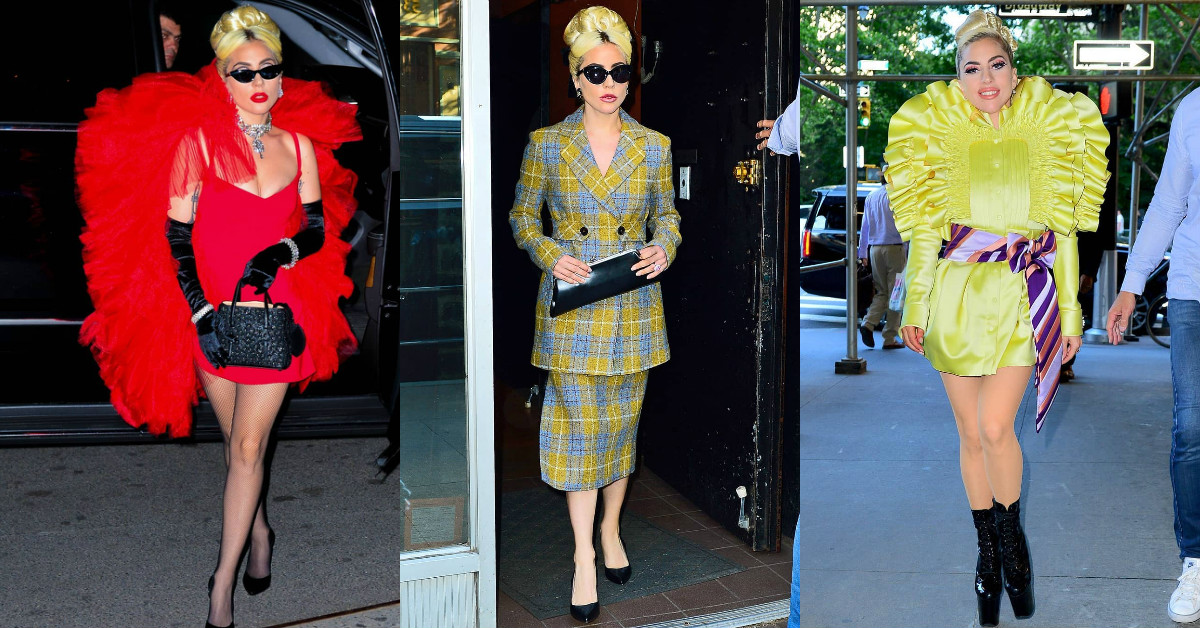 Lady Gaga caused quite the stir in the city of New York last month as she made several trips to the Electric Lady Studio as she continues to work on her upcoming album. We wouldn’t be wrong if we say there isn’t any other Lady Gaga in the world! Already, Gaga has a personality that would be spotted even if she was in the midst of a million people let alone the addition of her high fashion takes.

Let’s talk about her looks for a second – the eccentric music star for one week, starting from May 25 visited the Electric Lady Studio, often times in the company of her boyfriend Christian Carino, looking magazine shoot-ready in every single look. From her red slip dress which was styled in an old glamour way to a simple white shirt and flared pants ensemble, Gaga managed to put so many fashion statements together in a way that made us go “hot damn, she’s back!”

But it wasn’t all business for Lady Gaga, during this time she visited her old New York apartment and sat on the front door as well as attended a show on Broadway.

Gaga is typically a stealth queen. When she doesn’t want to be seen she can totally disappear for months, however, whenever she decides to show up, she totally shows out and these photos of hers on the streets of New York are already being referenced among some of the most fashionable looks of the year.