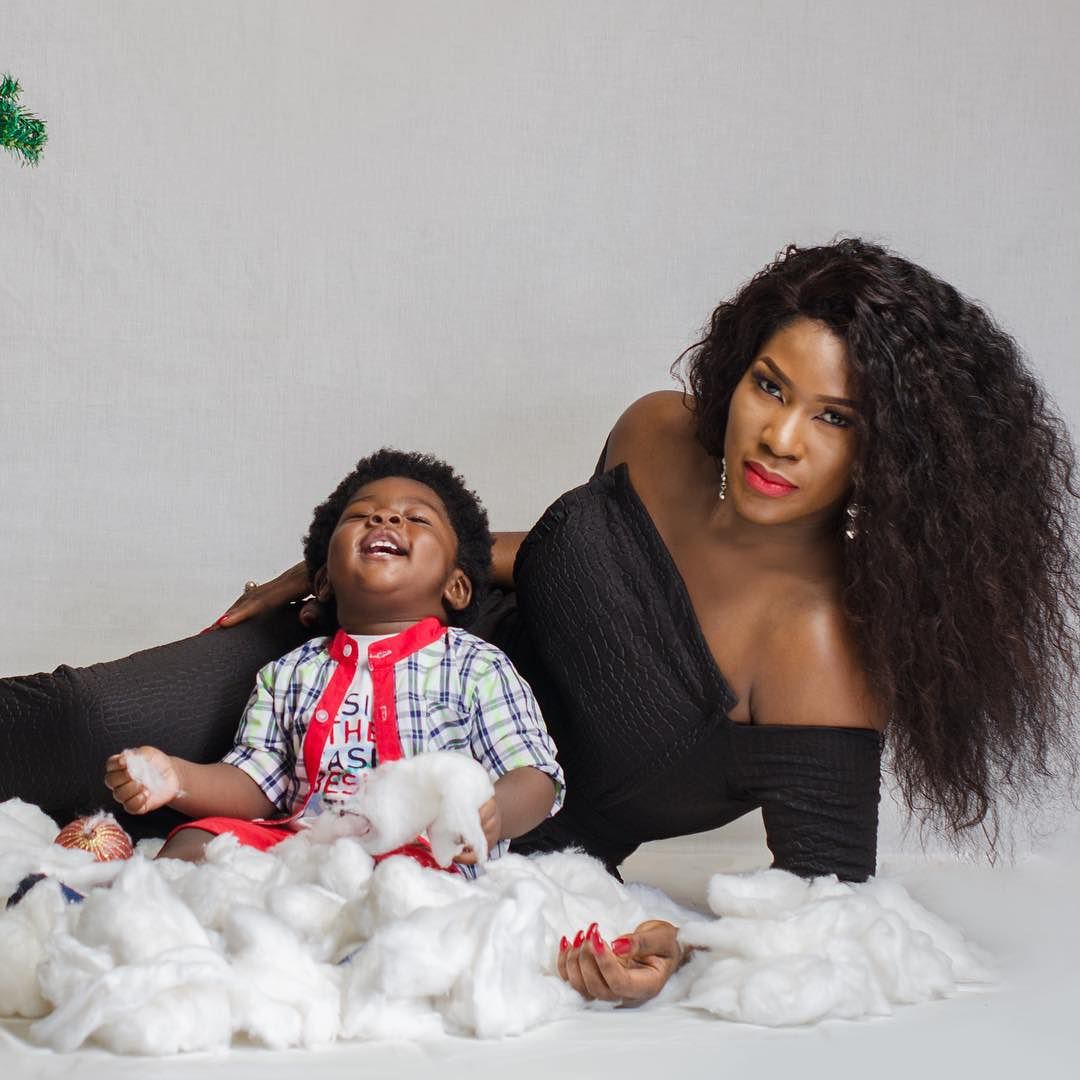 The name Stepahanie Linus just popped in my head and I thought what has she been up to? She was praised much last year for her child-marriage activism movie, Dry, which also won big at the AMVCA’s, and that end of the year cover for Instyle Motherhood Magazine which saw her looking fresh and ageless, and of course, Prince Max was an item…No, he was “the item” for this shoot. So inspiring!

Speaking of Motherhood, it’s been one year since the ace actress was crowned mother by Prince Max, and honestly speaking – well, typing – she doesn’t even look like someone’s ‘mother’ one bit. She could still pass for an MBGN contestant (PS: she is an Ex-MBGN Runner Up). She pretty much got her glam-goals going.

Oh sorry if I missed an introduction for those who may be surprisingly unfamiliar with Stephanie Linus. She is an Actor, Director, Scriptwriter and Producer. She began her acting career as a teenager in 1997 and since has amassed over 90 movies to her credit. She would later study directing at the New York Film Academy and after graduation in 2007, created the hit movie Through the Glass, and then another hit, Dry, which saw her playing director, scriptwriter, producer, and actress, and raked in so many wins including A brand New Car at the 2016 Africa Magic Viewers Choice Awards for ‘Best Overall Movie’. Stephanie Okereke is also a Nigerian national honoree in with the coveted title of Member of the Order of the Federal Republic (MFR). She is married to Linus Idahosa.

Now that we are done with the introduction, let’s move on to Stephanie’s Glam-Mummy Archives of 2016. We spotted her in the most coveted ageless looks in 2016.

And Now, Check Out Her Signature Looks…

The Trendy Momma! Somebody say l-a-y-e-r-i-n-g…

Which of Stephanie’s look is your favourite? Be sure to let us know in the comment section below. Toodles!

See Genevieve, Omotola And Other Celebs At The Girls Cot Reunion That’s Got Everyone Talking