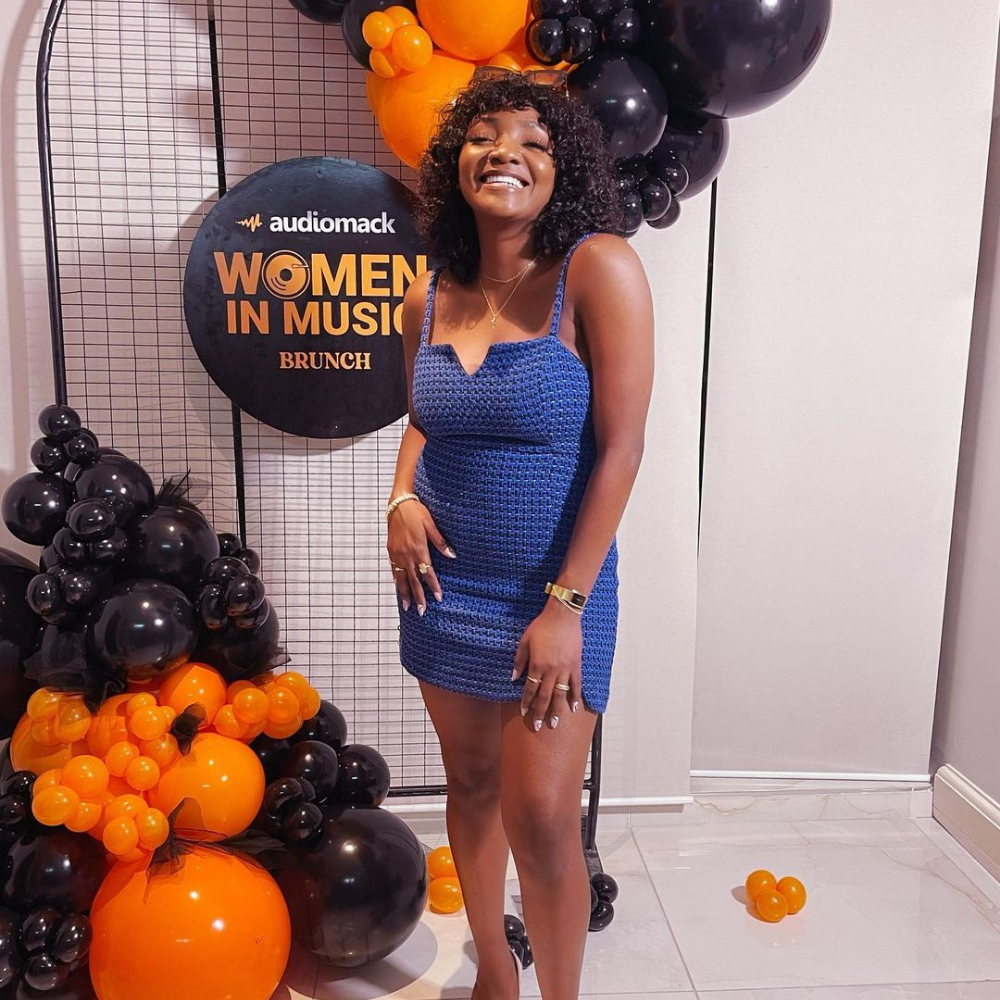 Singer Simi reaches record streams on Audiomack, LeBron James makes history, Aubameyang. Stay in the know with our Rave News Digest which summarizes five of the hottest global news you need to catch up on, saving you time and energy. Consider it your daily news fix.

In celebration of Women’s History Month, Audiomack hosted an exclusive brunch for women in the Nigerian music and entertainment industry. During the event, Simi was honored as the first female artist to hit over 100 million plays on Audiomack. Simi took to her Instagram page to appreciate Audiomack for the honor.

“Thanks so much to Audiomack for the honor. First female to get 100 million plays on Audiomack. I like it very much. Thank God for growth and thank God for my amazing fans for always supporting me. I had an incredible time with my amazing women at the Audiomack Women in Music Brunch yesterday.”

LeBron James shares his thoughts on moving to number 2 on the all-time leading scorers list. pic.twitter.com/elvbDLoX18

Lakers superstar LeBron James just etched his name deeper into the NBA record books. On Saturday night, James passed former Utah Jazz star Karl Malone to become the second-leading scorer in the history of the league. “Just to be part of this league, the many years I’ve been a part of it and being linked to some of the greatest who’ve ever played this game and guys I’ve ever watched or studied or read about or aspired to be like … I’m just always lost for words for it,” James told reporters after the game. As of today, James is surpassed only by the legendary Kareem Abdul-Jabbar who boasts 38,387 points while James sits at 36,985 points. Karl Malone now comes in third with 36,928 points. Kobe Bryant and Michael Jordan come in in fourth and fifth places with 33,643 and 32,292 points respectively.

Though the Lakers lost Saturday’s game to the Washington Wizards, James closed his historic performance with 38 points. Despite his scoring prowess, James recently lamented not being talked about among the NBA’s top scorers.

There has been mixed reactions among representatives of South Africa’s Khoi and San communities after a Cape Town court halted construction of Amazon’s new African headquarters on what some consider sacred land. Tariq Jenkins, from the group which brought the court application, welcomed the order and said it would stop the project from proceeding. “Our heritage is not for sale,” he said. However, the First Nations Collective which backs the project, said it would urgently appeal against the judgement.

Referring to the cultural facilities included in the development plans, it said it wanted the court “to return all of this province and South Africa to sanity, namely that the Khoi and San people have every right to return to the areas from which their ancestors have been dispossessed.”

In an interdict pending a final review, Western Cape deputy judge president Patricia Goliath stopped all further construction pending the “conclusion of meaningful engagement and consultation with all affected First Nations Peoples” as well as the conclusion of a full court review of the permission to build.

At least 95 people were injured after two trains collided in Tunisia, officials say. No life-threatening injuries were reported.

Tunisia's railway system is aging, and the country records about 100 train crashes yearly. One collision in October injured 36 people. pic.twitter.com/j6e8mmkH5v

The number of people injured when two trains collided in the Tunisian capital, Tunis, has risen to 95, emergency services say. One of the trains was not carrying any passengers at the time. “The injured were taken to hospitals and there were no deaths,” Moez Triaa, a civil defence spokesman told the press.

Around 15 ambulance vehicles were at the scene to rush the injured to hospitals. Most of the injuries were minor, with none life-threatening. In recent years, Tunisia had experienced several fatal train accidents. In 2016 at least five people were killed and more than 50 injured. In 2015, at least 18 people were killed when a train crashed into a lorry.

Barcelona striker Pierre-Emerick Aubameyang has become the first player to score in five successive games against Real Madrid in the 21st century after notching a brace in Sunday’s El Clasico. The Gabon captain steered Xavi’s men to a shocking 4-0 victory over La Liga leaders with his contribution of two goals and an assist. Aubameyang broke the deadlock for the visitors at the Santiago Bernabeu with his 29th-minute effort, from an Ousmane Dembele assist.

The 2015 African Footballer of the Year later turned up with an assist for Ferran Torres to make it 3-0 for Barcelona in the 47th minute, quickly followed by his second goal of the night to make it 4-0 in the 51st minute and seal the points. He was in action for 71 minutes before he was replaced by Memphis Depay. With his contribution on Sunday, Aubameyang is the first player to be directly involved in three goals in his first El Clasico appearance in all competitions in the 21st century.